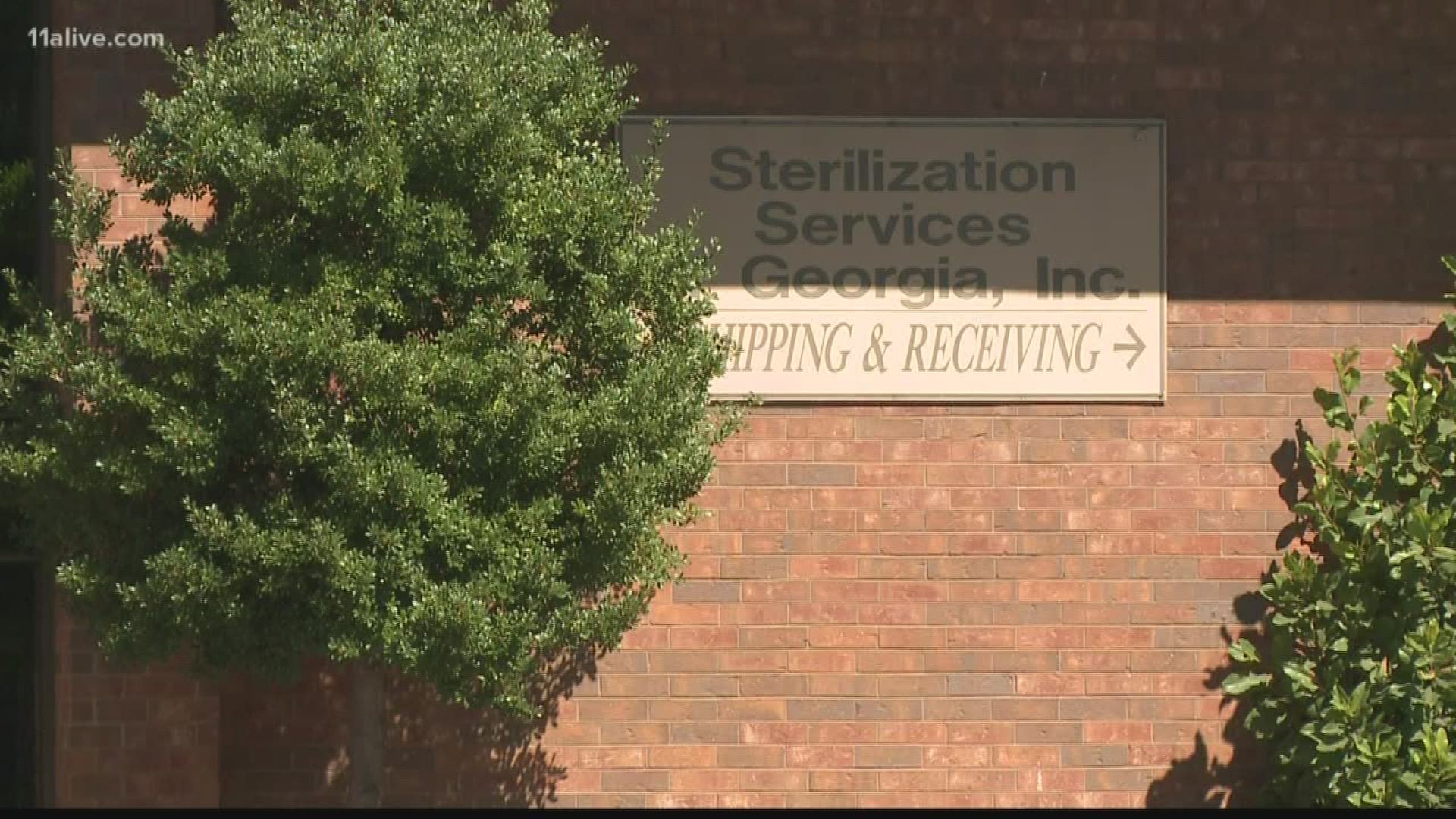 ATLANTA — Another plant using cancer-causing ethylene oxide is in the crosshairs of state officials. The plant in south Fulton County is rapidly upgrading its ability to contain the gas, after leaks from plants in Cobb County and Covington.

For 40 years, Sterilization Services of Georgia has used ethylene oxide to sterilize medical equipment. In recent weeks, it told the state it will upgrade its air vents to prevent ethylene oxide leaks into the atmosphere.

"We told Sterilization Services of Georgia they were going to be required to control that stream," Karen Hays of the state Environmental Protection Division told legislators, Thursday.

The gas used at SSG, off Fulton Industrial Boulevard, is the same compound used at Sterigenics in Cobb County, which has shut down, and the BD plant in Covington.

Covington’s mayor wants BD to also voluntarily shut down until regulators can get a handle on its ethylene oxide emissions – which both companies say are well within health regulations. State officials say they are investigating whether BD disclosed a September leak in accordance with state regulations. BD says it made timely and legal disclosures of that leak.

Sterigenics officials said the Cobb facility has mostly completed its upgrades and is hoping to get clearance to reopen as soon as possible.

"This facility operates safely," Phil Macnabb, the president of Sterigenics, told legislators. "It’s not a risk to public health in the community where it operates."

McNabb said the facility's new equipment will capture 99.99% of the ethylene oxide used.

Lawmakers were not easily impressed. They said they were troubled that leaks at both plants didn’t compel state regulators to notify nearby communities immediately.

"You get on the phone. You call the governor. You say we are in a state of emergency," said state Rep. Lester Jackson, D-Tyrone.  "We don’t need to wait until somebody dies, and then we try and figure it out."

"If we had to do this over again, we’d notify the public much sooner than we did," the EPD's Hays told lawmakers.

Meantime, regulators say they aren’t monitoring the air near Sterilization Services of Georgia as it upgrades its vents. There are residential areas nearby. State Rep. William Boddie (D-South Fulton) said he grew up in one of them.

"It definitely needs to be shut down. And we also need to get a definite date on when these emission controls are going to be installed," Boddie said.

"They are operating in accordance with the law, which is what we ask our companies to do," he did.

SSG reported an ethylene oxide leak in 2015 "but nothing since then," Dunn said.