The plan, which is by Sterigenics, is to install new anti-pollution controls. Construction should be completed in 12 to 24 weeks. 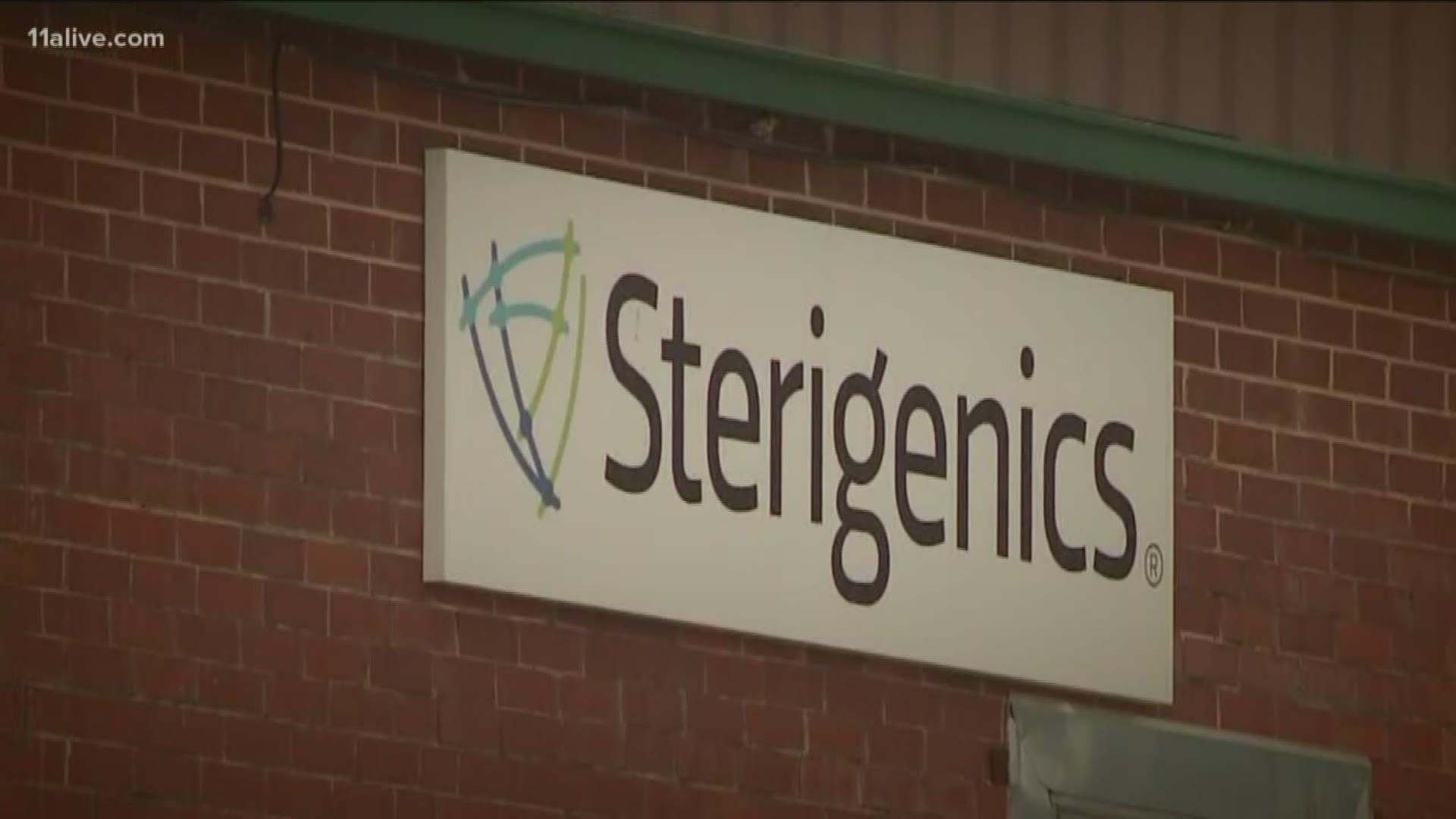 COBB COUNTY, Ga. — The Georgia Environmental Protection Division has approved a plan to reduce a cancer-causing toxin coming from a plant located near Smyrna.

The plan, which is by Sterigenics, is to install new anti-pollution controls. Construction should be completed in 12 to 24 weeks.

In a meeting earlier in the week, the president of Sterigenics, Phil MacNabb, said the company had submitted a permit application to the EPD to install the emissions control enhancements.

A WebMD article published recently warned about the level of ethylene oxide released by Sterigenics in Cobb County and a separate company in Covington called BD. The plants use ethylene oxide gas to sterilize medical equipment. When neighbors learned about the emissions, it stirred up controversy.

The news even grabbed the attention of Gov. Brian Kemp's office. They confirmed that the EPD is overseeing an investigation into the matter.

"We've been talking to the companies about stepping up the monitoring and the testing and how that's done," he said.

This plan would reduce emissions near the Sterigenics facility, but the EPD said they are working with BD to find solutions for the communities that are near that plant.

EPD is finalizing the details for two public meetings in Cobb and Newton Counties for Aug. 19 and 20, respectively. They said they plan to attend the meeting along with representatives from the EPA, the Centers for Disease Control and the state's department of public health.