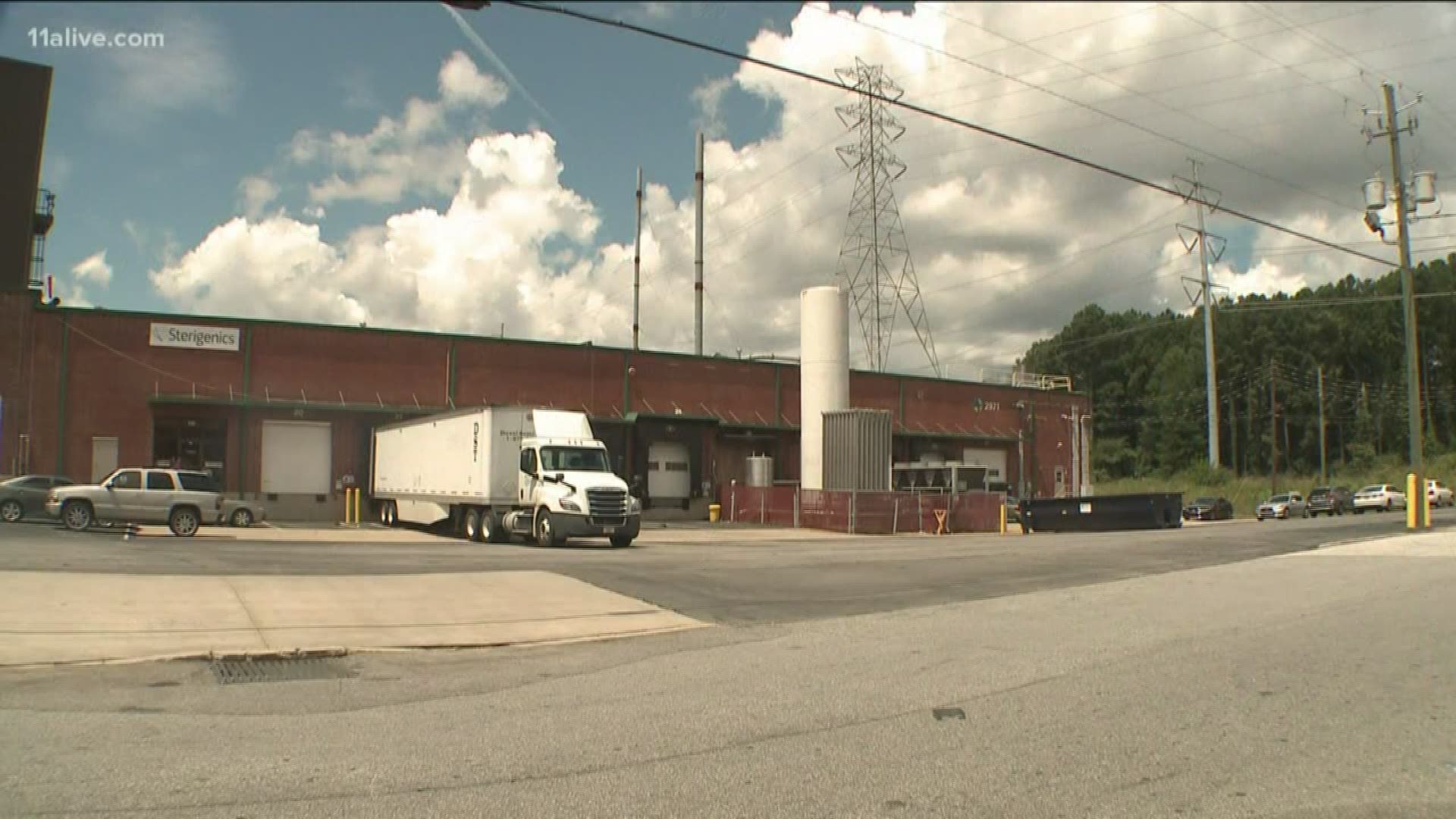 ATLANTA — Leaders of a plant now criticized for polluting a community and sickening residents met Tuesday with Gov. Brian Kemp. The Sterigenics plant in Smyrna has agreed to scrub the air coming out of its plant. Yet some still want it shut down.

Representatives of Sterigenics and BD Bard had a private meeting with Kemp and the governor's senior staff.  While a representative of Sterigenics declined comment on the outcome of the meeting when approached by an 11Alive News reporter, Kemp tweeted a three-part statement saying:

"My number one job is keeping Georgia families safe. While we had productive conversations with (the companies) this afternoon, our work is not done.

"I appreciate Sterigenics' willingness to voluntarily agree to a significant reduction in ethylene oxide emissions. This proactive measure demonstrates commitment to the local community & helps to restore public confidence. Now, (BDandCo) should do the same.

"My administration remains committed to the safety of Georgians in every corner of our state. We will continue to operate with transparency & demand accountability throughout this process."

"We want the facility to do more. We want them to go as far as the technology allows us,"  Dika Kuoh of the state Environmental Protection Division told 11Alive's Elwyn Lopez Monday night.

To do that, they’ll put the entire building under under a “negative pressure vacuum” to scrub the air. The agreement gives the plant 24 weeks to do it - early in 2020.

Despite calls by some residents and lawmakers for the plant to shut down, Kuoh said that's not a viable option.

"We’re on very shaky legal ground to go and shut down the facility, and I don’t think it would stand in court," Kuoh said.

Ethylene oxide is a flammable, colorless gas with a sweet odor. It's mostly used to create other chemicals, including antifreeze. It is also widely used to sterilize medical equipment and a fumigant in certain agricultural products, according to the National Cancer Institute.

But while it's helpful in that production, according to the Occupational Safety and Health Administration - OSHA - it can lead to physical and health hazards, such as respiratory irritation and lung injury. It can also cause headaches, nausea, vomiting, diarrhea, shortness of breath and turn the skin blue.

Chronic exposure can cause damaging reproductive effects, changes to or damage to DNA, and can impact learning and the functions of the central and peripheral nervous systems.

Residents in both Covington and Smyrna are frustrated because they said they were never warned about the risks of living near the plants, and they are now demanding action by both the companies that own the plants and their local leaders.