Yet another company that uses a cancer-causing gas to sterilize equipment - largely for medical use - has been fined by the state and given a deadline to clean up. 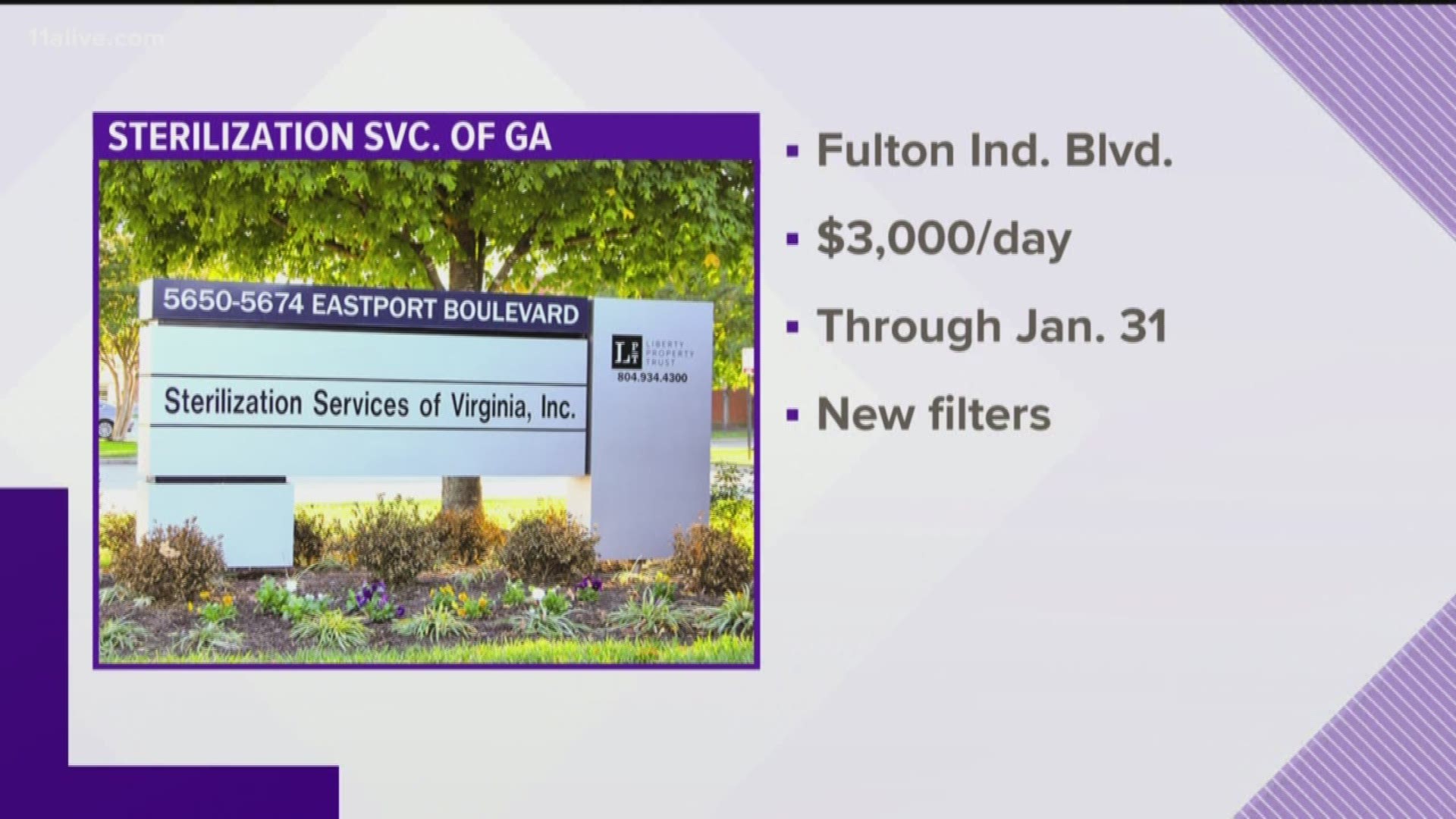 ATLANTA — Another metro Atlanta company has been accused of - and fined for - spewing the cancer-causing gas ethylene oxide into the air.

Sterilization Services of Georgia is located just off of Fulton Industrial Boulevard outside of Atlanta. It's being fined $3,000 a day so far in January until the company installs new filters to limit emissions of ethylene oxide.

The company received a consent order from the Georgia Environmental Protection Division on Tuesday that suggested the company had violated its permit by "failing to ensure ethylene oxide emissions reduction of at least 99%."

If the company doesn't meet its deadlines, it will be forced to reduce use of ethylene oxide overall by about 25 percent. And if delays continue in the installation, the company could be forced to stop using the gas entirely.

The medical device sterilization company is the third in the Atlanta area found to be leaking the gas in the last year. Others including Sterigenics outside of Smyrna and BD in Covington.

Elevated levels of the gas, also known as EO, have been found in all of the communities near the plants.

The latest Atlanta plant is also one of three operated by its parent company, Sterilization Services, which the company says was founded in 1976. The other two are located in Memphis, Tennessee and Richmond, Virginia - where the company is also headquartered.

Judge to rule on Sterigenics case