He was a typical teenaged boy..until he began to lose his ability to speak. Jeremy Obata’s parents went from doctor to doctor, searching for answers. It was at Emory Brain Health that Jeremy received an unexpected diagnosis and began the fight to reclaim his voice, and his life. 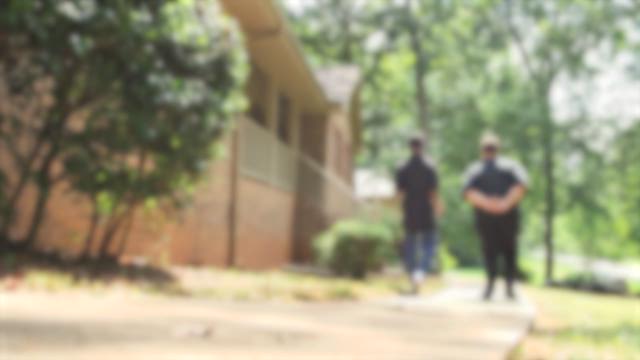 If you passed by Jeremy Obata’s suburban Atlanta house, you would see him walking down the driveway with his mother to check for mail. This simple stroll out to the mailbox and a hug and a laugh with his mom is amazing when you consider that an unexpected journey and diagnosis has stolen the last five years of Jeremy’s life.

By the time then 17 year old Jeremy arrived at Emory Brain Health, his speech was all but gone, imprisoned by dystonia, a movement disorder that made his muscles contract uncontrollably.

He had withered away, leaving school, becoming a recluse as his family desperate searched for answers. In video taken at his first appointment, he cannot even count to ten. His mouth works and his head jerks from the effort of trying to force the words from his mouth, but they do not come.

When they saw Dr. Stewart Factor, the director of the movement disorders program at Emory Brain Health, they got an answer they never expected.

“Jeremy has a rare disease. We call it Pank 2.”

The genetic degenerative brain disease that affects only 3 in a million people, causes iron to accumulate in the brain.

Factor explains that “When you look at the MRI, it looks like two eyes. The MRI is called the eye of the tiger.

Jeremy’s parents learned they each carried a single gene mutation that when put together, allowed the disease to develop in their son.

At the center of his rare odds was a young man who could no longer communicate. Dr. Factor suggested deep brain stimulation surgery, rarely used for this disease.

Factor says, “The jury is out. Very few people in literature, maybe10 to 12 people in the world who’ve had it done.”

Jeremy’s mother was against the surgery. “I was afraid for him. I was like ‘nobody’s going in my son’s head.’”

But Jeremy wanted it. He wanted a shot at getting his life back.

Neurosurgeon Dr. Robert Gross performs Jeremy’s surgery in an MRI scanner. Gross explains, “There’s an area in his brain deep in his brain that is not functionally correctly. We put the electrodes in. We connect them to their own power supply and they fire up impulses into the basal ganglia, and those impulses override the abnormal activity that’s present in his basal ganglia.”

After surgery, Jeremy returns to brain health for a check up. This time he walks up and down a hallway, his gait normal. Then he stands in front of Dr. Factor and counts to ten.

Dr Factor says, “I saw him one month after his first programming and I couldn’t believe it. I walked in the room and he said ‘Hi Dr. Factor.” I almost came to tears because I couldn’t believe how much better he was. I was concerned. It’s brain surgery. What are we doing and is it going to be worth it? Smiling and talking to him. It’s why we do this.”

There are still struggles which require programming tweaks, but Jeremy’s speech will continue to improve.

If you thought a trip to the mailbox was good, how about when a now 21 year old man who can hold a pen again writes his new dream on paper.

“You want to own your own store,” Dr. Factor reads back to him.