45 of Georgia's 159 counties don't have a licensed psychologist or social worker. Equip recently expanded to Georgia and aims to help close the gap in care. 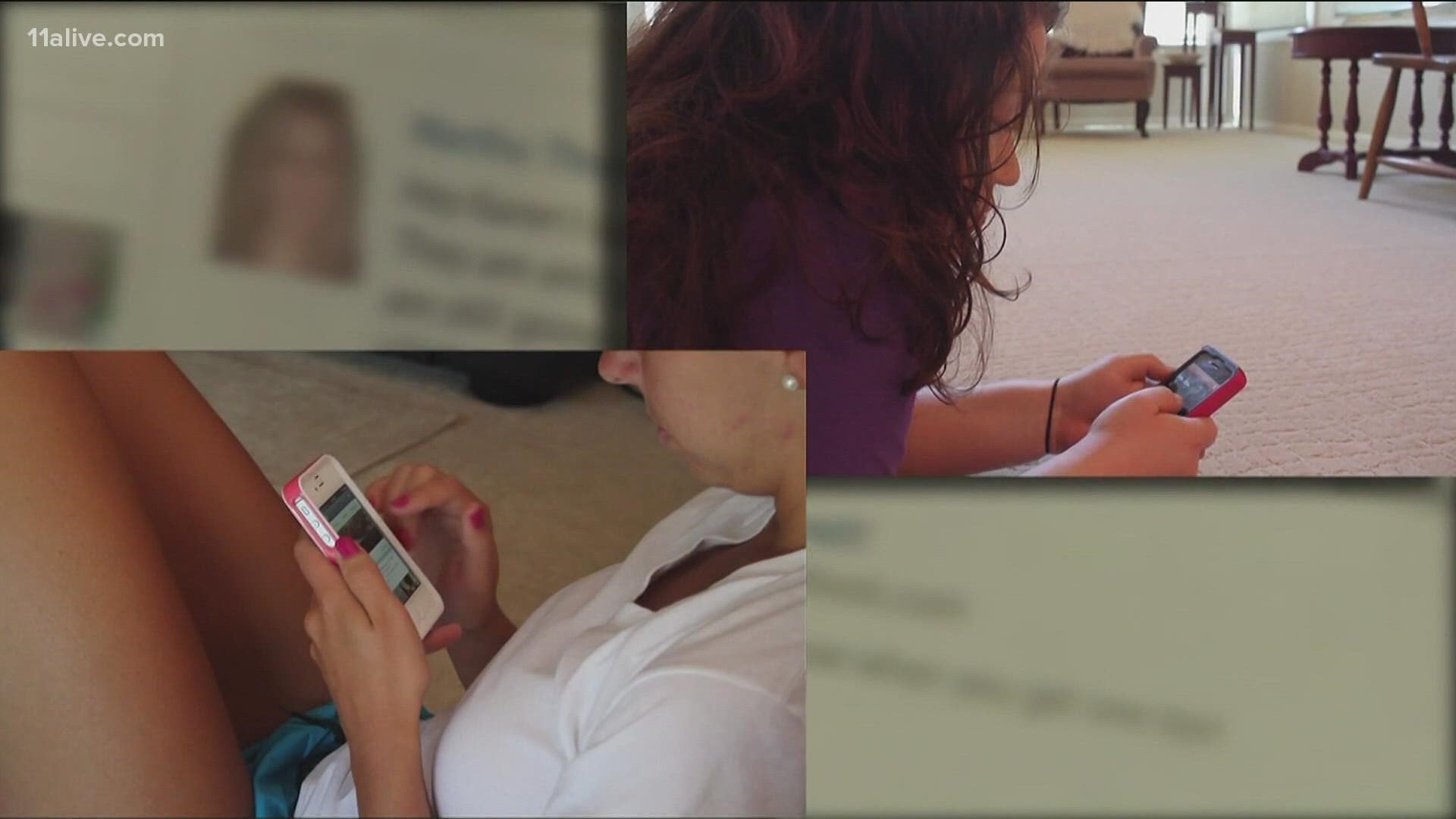 ATLANTA — Doctors across the country are sounding the alarm when it comes to kids' mental health. Last week, the American Academy of Pediatrics (AAP), the American Academy of Child and Adolescent Psychiatry (AACAP), and the Children’s Hospital Association (CHA) collectively declared a national state of emergency in an effort to garner attention and change policy around the issues of child and adolescent mental health.

Part of that concern comes from an increase in eating disorders due to the pandemic.

Children's Healthcare of Atlanta reports a steady increase in those being treated for eating disorders, with 108 hospital admissions in 2019, 174 in 2020, and 195 admissions so far this year.

But as 11Alive's Liza Lucas learned, there are sometimes barriers to getting the right treatment.

"I feel like I've been working with eating disorders my whole life," Saffran said. "I was diagnosed with anorexia at 10 years old and struggled throughout my adolescence."

Nearly 30 million Americans will struggle with eating disorders in their lifetime, according to the National Association of Anorexia Nervosa and Associated Disorders. But getting treatment for this and other mental health needs is not always straightforward.

According to a 2021 report from the nonprofit Georgia Voices, a lack of mental health providers is one of the most significant barriers to getting help. Per the report, 45 of Georgia's 159 counties don't have a licensed psychologist or a licensed social worker, and while recent investments in children's behavioral health have helped improve access, two out of five kids in the state are still unable to get treatment.

Such gaps in care are not unique to Georgia, and part of why Saffran and Dr. Erin Parks formed Equip, a telehealth company providing eating disorder treatment online for kids and young adults.

"We started Equip to bring evidence-based care to every person in the United States who has an eating disorder," Saffran said.

The Family-Based Treatment (FBT) program serves patients age six to 24-years-old with a five-person care team. All the services are available virtually.

"If you were going to drive to all of those appointments and find parking is going to take up a big chunk of your week," Dr. Erin Parks, a clinical psychologist, researcher, and a director at UC San Diego, told 11Alive. "And that's time that a kid should be in soccer practice and Boy Scouts or Girl Scouts, and so Equip and being telehealth allows us to have families arrange treatment around their schedule instead of arranging their family around treatment."

Reaching patients through telehealth options can be beneficial, according to Dr. Linda Craighead, a professor at Emory University who is not affiliated with Equip.

RELATED: Parenting during the pandemic: Protect your mental health

"I think there is something kind of unique about the ability to reach people in their own environments where there may be more dealing with the issues right at hand and are feeling a little more comfortable about talking to them," Craighead, who specializes in eating disorder research, said.

While she said treatment is not one size fits all and she encourages in-person treatment as a starting point for most patients, telehealth programs like Equip she said can be a valuable tool, especially for teens.

"What's really important about all psychological health is to have many options," Dr. Craighead, whose department recently released a mindful eating app, said. "Unfortunately, eating disorders is one of the areas that badly badly needs this extra access."