The best Mother's Day present she could ever think of

Surgeons were able to take a portion of Elizabeth Melville's liver and give it to her 5-month-old son Wesley, who suffered from a rare disease called biliary atresia. 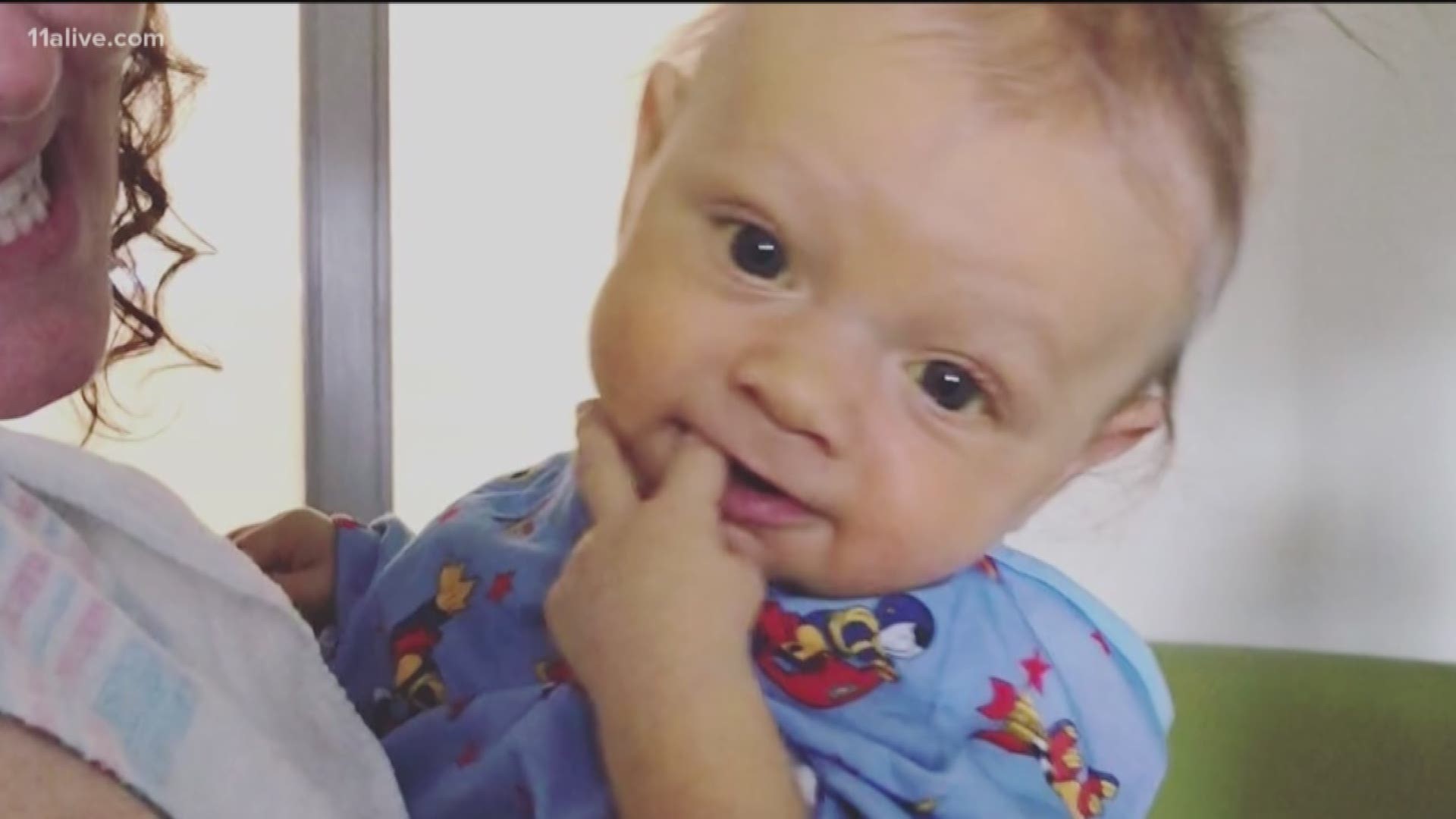 ATLANTA -- The mother of a 5-month-old baby has given her son a gift that will help him survive.

Little Wesley Melville was the recipient of a new liver from his mother Elizabeth, during a transplant operation on Thursday morning.

Surgeons at Emory Hospital were able to take a portion of Elizabeth's liver and rush it over to Children's Healthcare of Atlanta at Egleston where surgeons removed Wesley's liver and replaced it with the donation from his mother.

Elizabeth and her husband Jonathan spoke with 11Alive's Christie Ethridge on Sunday.

Wesley was suffering from a rare disease called biliary atresia, which is a disease of the bile ducts that only affects infants, according to the American Liver Foundation. In biliary atresia, the bile ducts become inflamed and blocked soon after birth. This causes bile to remain in the liver, where it starts to destroy liver cells and can cause cirrhosis -- or scarring of the liver.

The American Liver Association says the disease affects only one in 8,000 to one in 18,000 live births worldwide.

Elizabeth Melville leans over to kiss her 5-month-old baby boy, Wesley on Sunday, May 13, 2018, just days after she donated a part of her liver to replace Wesley&#39;s liver.&nbsp;

Jonathan said that as soon as the new liver was tied into Wesley's circulatory system, surgeons saw an immediate change. They said the new liver began to produce bile again, which is what they wanted to see.

Within a few months, Elizabeth's liver will have regenerated the portion removed during the transplant surgery and resume its normal size. The portion donated to Wesley will eventually grow into a full-sized liver.

Elizabeth wanted to visit Wesley before Sunday, but doctors were afraid there would be too much pain once an epidural anesthetic was removed for her to make the trip across to CHOA from Emory.

Once the epidural was removed on Sunday, she was able to see her son for the first time following the transplant surgery.

So, Elizabeth said, being able to visit with her baby was the best Mother's Day present she'd ever had.

Jonathan told Ethridge that Elizabeth was expected to remain in the hospital another two days before being discharged, while little Wesley will have another 10 days or so in the hospital before he is able to come home.