While many believe the memory disorder only affects the elderly, the truth is, the disease doesn’t discriminate. 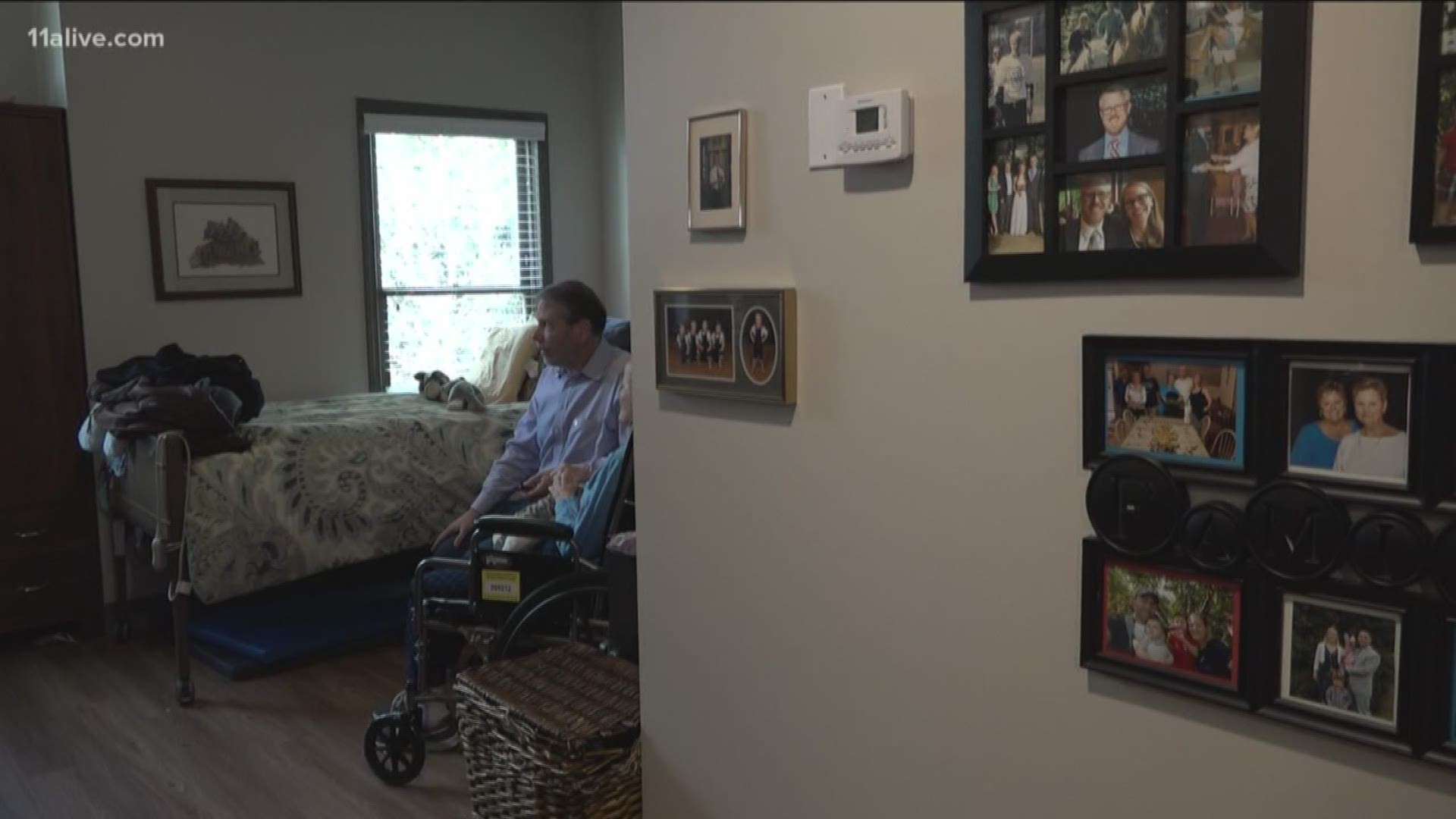 ATLANTA — The number of people dying from Alzheimer’s disease is growing at an alarming rate in Georgia. A new report released Tuesday from the Alzheimer’s Association finds that there has been a 248 percent increase in deaths connected to the disease in Georgia since 2000.

The study attributes it to a high number of retirees surviving major illnesses, like cancer and heart disease. Alzheimer's is the sixth leading causing of death in the United States – and while many believe it only affects the elderly, the truth is, the disease doesn’t discriminate.

“She was always doing something with her hands … I think it’s a way to connect,” said Dan Goerke, describing his wife, Denise. “(She) was diagnosed in October 2012, at the age of 56. It was quite a shock because at that age, the diagnosis of Alzheimer’s was the last thing we were thinking of.”

Dan Goerke and Denise found each other in their forties – it was a second marriage for both.

“The disease has robbed her of her ability to talk,” he said as he shows Denise a video of her granddaughter, Lulu. Denise has no words to describe how she feels about her grandbaby.

“She will say words and small phrases from time to time that don’t make any sense, yet it’s been so incredibly difficult to not be able to talk to someone who ‘s been your wife, your partner, your friend for 20 plus years,” Dan said.

For the past two years, Denise has lived at a memory care facility, where Dan visits her and comes for meal time as often as he can. Right now, Dan has a full-time job, and for him to be able to pay for Denise’s care, he has to use the money he’s saved for his retirement.

Dan has taken this very difficult situation and turned it around in a positive way. He posts videos online sharing his tips and advice to other people going through the same thing, and wants people to know there are resources available.

The Alzheimer‘s Association has resources available 24/7. The free hotline number is 1-800-272-3900. The Helpline provides reliable information and support to all those who need assistance, such as individuals living with memory loss, Alzheimer's or another dementia, caregivers, health care professionals and the public.

Highly trained and knowledgeable staff can help with: