Four Georgia counties were among the 48 identified across the United States as having the highest rate of new HIV diagnoses. 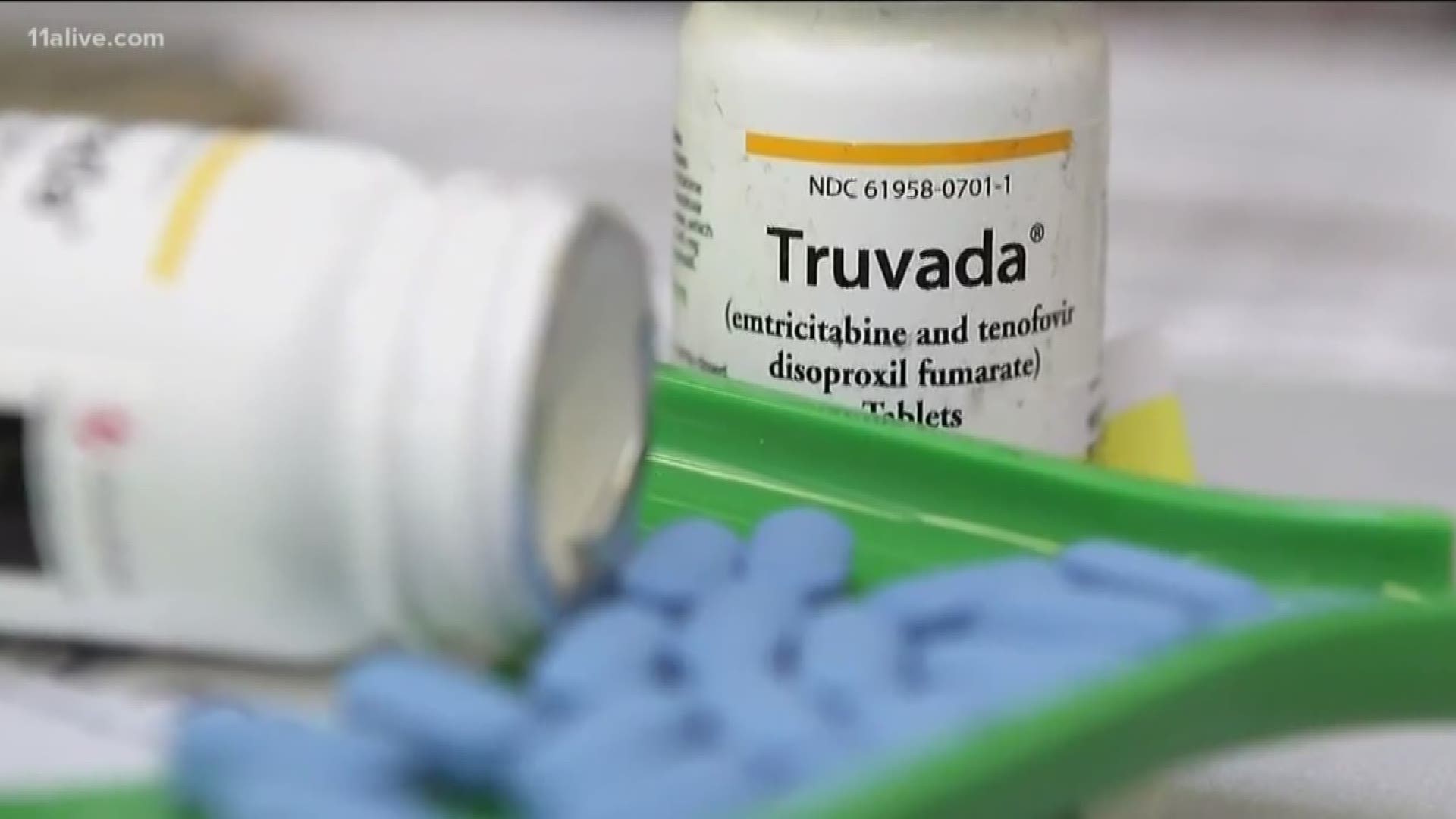 FULTON COUNTY, Ga. — During President Donald Trump’s State of the Union address, he asked Congress to fund his plan to eliminate the HIV epidemic by 2030—and four counties in metro Atlanta are among the 48 identified as having one of the highest rates of new HIV diagnoses in the country.

According to the Centers for Disease Control and Prevention, nearly 15 out of every 100,000 people are living with HIV across the nation – and that number doubles when you zoom in on Georgia.

Thirty-two out of every 100,000 people in Georgia are HIV-positive, the highest rate in the nation. The fourth-highest rate for an area in the country is found in Atlanta’s suburbs – in Atlanta, Sandy Springs and Roswell.

According to Human Health Services, the four counties targeted by President Trump's plan are Cobb, DeKalb, Fulton and Gwinnett Counties.

Doctor Wendy Armstrong is the medical director of the Infectious Disease Program at Grady Memorial Hospital. She said Atlanta also outpaces other areas when it comes to HIV cases leading to deaths.

Dr. Armstrong added that even if President Trump falls short of his 2030 goal, the federal attention is needed throughout the Southeast.

"2030 is extremely ambitious, but it is important to set goals," she said. "Whether or not you can reach them, because it means there will be resources and progress."

Last year, 11Alive stopped by Fulton County’s PrEP clinic, just one of many places that offers testing and treatment to curb the number of new HIV cases in the region.

RELATED: #StopHIV campaign aims to stand up to the stigma to fight the spread in Atlanta

PrEP , which stands for Pre-exposure Prophylaxis, has been approved as a daily therapy to protect from HIV, since 2012.

Dr. David Holland, who runs the Fulton County PrEP Clinic, told 11Alive's Natisha Lance the pill is effective at keeping people who don't have the virus from ever getting it.

"It’s one pill once a day, and it is 96 percent, or better, effective from preventing people who are HIV negative from acquiring HIV," Holland said.

Even before Trump’s State of the Union on Tuesday, Fulton County said it’s doubled down on combating HIV in the region. In January, the county approved $600,000 in additional HIV funding. Just last week, county health officials learned the programs will get an additional $1.3 million boost in federal funding this year to target HIV.

On Tuesday, Fulton County chairman Robert Pitts announced a resolution mirroring a United Nations' standard of making sure 90 percent of people know their status, 90 percent of HIV-positive people are on treatment, and 90 percent of those on treatment have successfully controlled the virus.

This resolution lines up with President Trump’s plan to stop new HIV cases by 2030.

The president’s goal calls for increased federal funding to diagnose HIV cases as early as possible, identify and quickly respond to growing clusters of new HIV cases to prevent new diagnosis, provide quick and effective treatment and protect those at risk of HIV exposure with the PrEP drug.

"4 out of the 5 states with the most HIV cases are Southern states, with Georgia being number 1," Armstrong said while going through data of HIV cases.

She said several factors contribute to the HIV impacting the South.

"With time it has really transitioned to a disease most commonly in persons of color, in persons in poverty, in vulnerable patients," according to Armstrong. "So in part for those reasons it has become more common in the South."

She added that stigma around the virus and homophobia continue to play a role in individuals not being tested early enough.

For Trump's plan to be effective, she believes current initiatives need to continue, but services also need to be tailored to the hardest hit communities.

"We need to better understand how do we take resources to get the advance we have in science to the people. That is something called implementation science and it helps us understand how to set-up clinics so we can decrease stigma," Armstrong mentioned.

"We've never had that kind of 'This is the target,'" said Dr. Anthony Fauci, the government's pre-eminent AIDS warrior and head of the National Institute of Allergy and Infectious Diseases, ahead of President Trump's address. The government has "been trying to address HIV, but never in such a focused way," he said.

HIV is the virus that causes AIDS.

"Together, we will defeat AIDS in America and beyond," Trump said in his speech. He pledged funding in his upcoming budget, but did not say how much.

Trump's move is being greeted with a mix of skepticism and cautious optimism by anti-AIDS activists. They're flagging his previous efforts to slash Medicaid health care for low-income people, and his administration's ongoing drive to roll back newly-won acceptance for LGBTQ people.

"We stand ready to work with him and his administration if they are serious," said a statement from AIDS United and other groups. "But to date, this administration's actions speak louder than words and have moved us in the wrong direction." AIDS United funds and advocates policies to combat AIDS.

The people most at risk include men who have sex with men, minorities - particularly African-Americans - and American Indians/Alaska Natives. Health and Human Services Secretary Alex Azar said the administration's campaign would rely on public health workers to identify people at risk for HIV/AIDS, get them tested and on medication.

RELATED: This is the #1 searched health concern in Georgia

The 48 counties HHS is focusing on are mainly metro areas. They're also focusing on Washington, D.C., Puerto Rico and seven states. Those states are Alabama, Arkansas, Kentucky, Mississippi, Missouri, Oklahoma and South Carolina.

"Trust is a crucial weapon in our fight to eradicate HIV, and it's necessary to encourage people from marginalized groups to get tested," said Dr. Albert Wu, an HIV researcher at Johns Hopkins University.

The initial goal is to reduce new HIV infections by 75 percent in five years.

There are about 40,000 new cases of HIV infections a year in the U.S. That's a dramatic reduction from the crisis years of the AIDS epidemic, but progress has stalled. More than 1 million Americans live with the disease.

In recent years a number of health organizations, including the United Nations, have called for coordinated steps to end the HIV epidemic by 2030.

RELATED: Bono to Congress: Thanks for ignoring Trump on AIDS funding

Trump's CDC director, Dr. Robert Redfield, told agency employees last March that it would be possible to end the AIDS epidemic in less than seven years.

Shortly after taking office in 2010, President Barack Obama outlined a national HIV strategy focused on lowering the infection rate and increasing access to care. The administration renewed the five-year plan in 2015, though it did not set a goal of stopping transmission or ending the epidemic.