“Sometimes, it’s presented as the first and only but rarely is it the only option. It’s actually one of the reasons that patients don’t get treated." 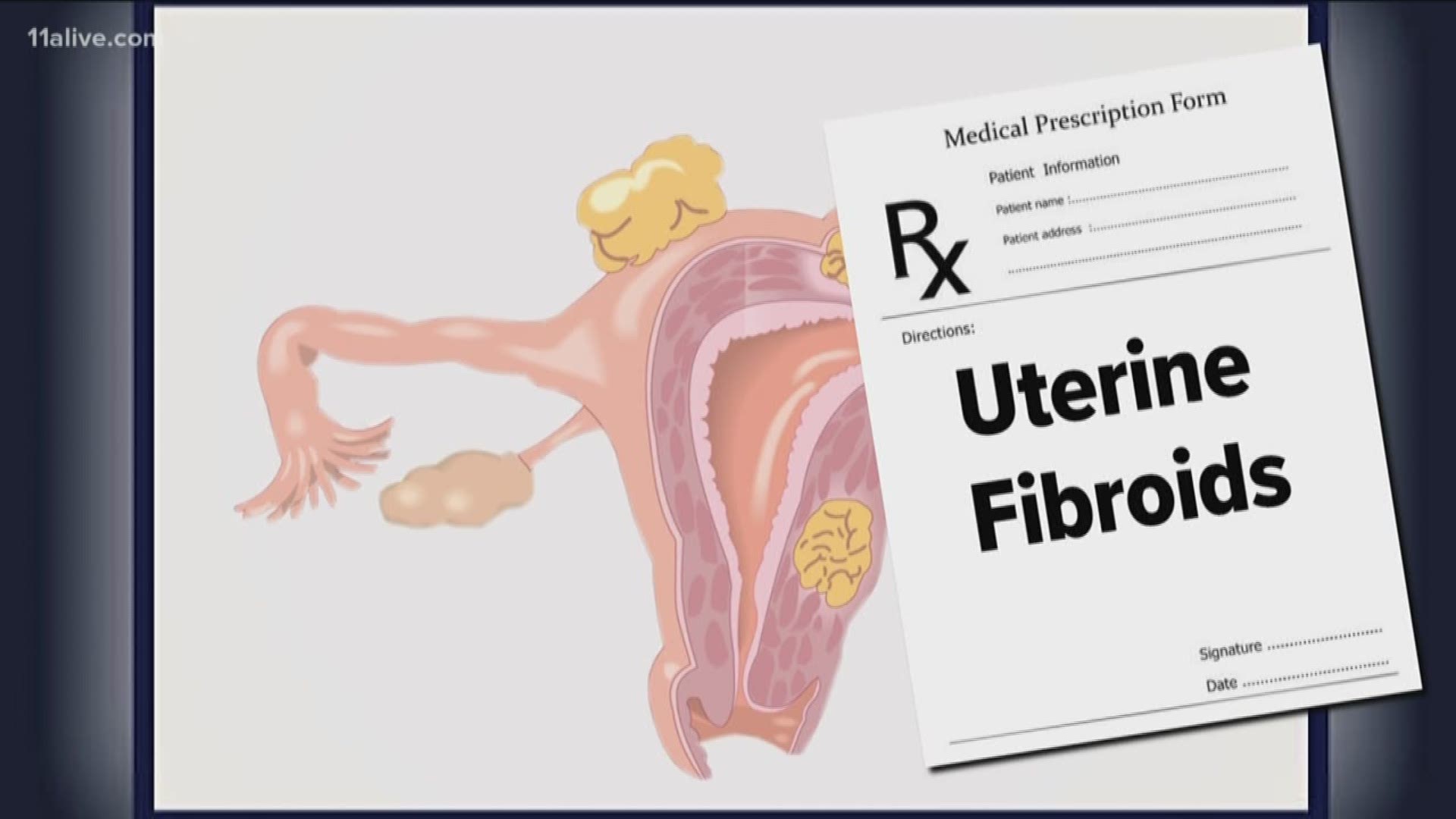 ATLANTA — Women are having their reproductive organs removed - even when it’s not needed.

It’s all because of a very common disease, uterine fibroids or noncancerous growths in the uterus. Over 200,000 cases are diagnosed each year and while many women may not have symptoms, those that do often suffer from heavy and long periods, painful sex, back pain and more.

The most common treatment is hysterectomy, which is a problem. Most of those hysterectomies, according to doctors and studies, are not medically necessary. One study even finds hysterectomies are used too much - up 70 percent.

"I’ve actually talked to women who have had fibroids and they had hysterectomies when they were younger because it’s the only option available to them," said Christina Kirchoff.

Kirchoff has fibroids and after four years and seven unsuccessful surgeries to remove them, she considered a hysterectomy - something she tried to avoid since her diagnosis at 31.

"I know a hysterectomy would have stopped it a long time ago, but we (my husband and I) wanted to preserve the fertility because we don’t have children and we want children of our own," she said.

While in a waiting room, she started doing research and came across Dr. Soyini Hawkins, an Atlanta-based gynecologist, who works to ensure women know hysterectomy isn’t the only option.

“Sometimes, it’s presented as the first and only but rarely is it the only option. It’s actually one of the reasons that patients don’t get treated," said Hawkins.

As a minimally-invasive gynecologist with the Fibroid and Pelvic Wellness Center of Georgia Surgery, Hawkins tries to discuss all options available to patients. She knows first-hand how difficult treatment can be, as she herself dealt with fibroids while a medical student.

Hawkins had a myomectomy, or a surgical procedure to remove fibroids.

But, for those wanting to avoid surgery altogether, there are other options, including a procedure called Acessa, which involves using a needle to insert directly into the fibroid and using heat to destroy it, leaving the uterus intact.

Hawkins has been using the procedure for close to a year and believes in its benefits.

"It can tackle the most complex cases, large fibroids, and it's a quicker healing time," she said. "Patients can go back to work the next day."

It’s the treatment Kirchoff received and the one that would finally work.

“The five fibroids that were treated with Acessa were not even found on the ultrasound.”

Kirchoff said she would have been devastated had she gone through with a hysterectomy, then later learned about other options.

So, it’s why Hawkins and others are pushing to let women know that hysterectomies are not the only cure-all.

“Every woman is different. Not every option will work for every woman. Acessa isn’t going to work for everyone, but to not know that that’s an option - especially some of the advantages it has over the complex cases,” she said.

That's why Hawkins is petitioning to have insurance companies cover different options like Acessa for treating a very common problem.

Hawkins added that it may take a few tries and a few different doctors, but she said to continue seeking multiple options if you do not believe a hysterectomy is something you want.