Advocates wonder if that help will arrive in time to save lives. 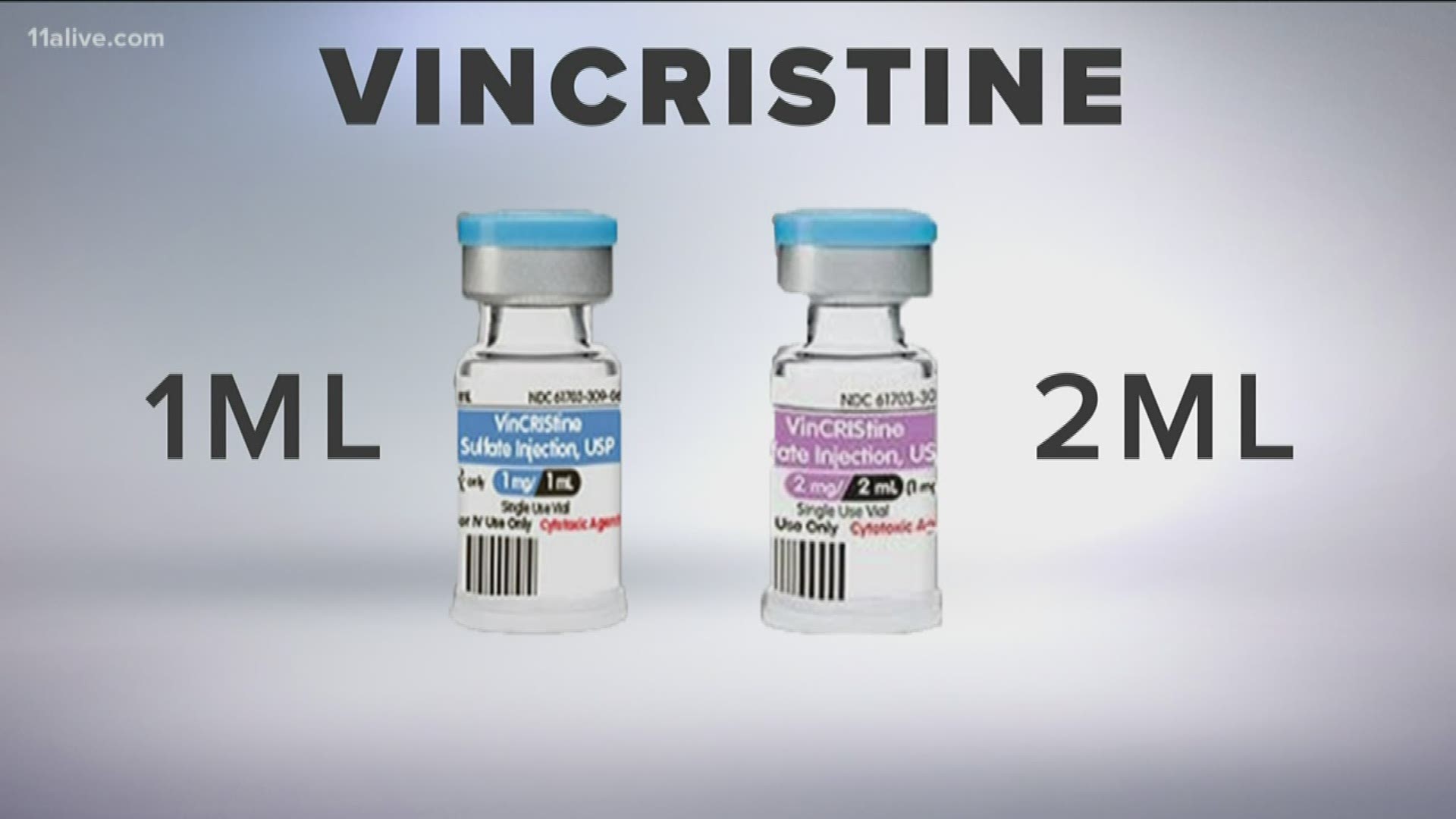 ATLANTA — There are new promises to help thousands of children battling cancer as the country faces a chemo drug shortage. But advocates wonder if that help will arrive in time to save lives.

Vincristine is the only drug used to treat many childhood cancers. But now, there's only one company makes it. Pharmaceutical company Teva stopped producing the drug in June, telling the FDA at the time, it was a "business decision." The FDA warned then of potential shortages.

Pfizer still makes vincristine, but hit a production holdup, sending treatment for sick kids in to a tailspin.

"It is devastating. Not only that, but it is frightening," said Dean Crowe.

The founder of the Rally Foundation for Cancer Research told 11Alive she has been fielding calls all day from parents whose children can't get the treatment they need.

"They deserve better. And we can do better," she said.

The National Pediatric Cancer Foundation estimates that only 4 percent of the billions of dollars dedicated to cancer research is allocated to childhood cancers. And only about 10 drugs have been developed to fight cancer in children since 1980.

That helps put into perspective why the vincristine drug is so crucial, especially given it's remarkable effectiveness of treating cancer in children.

After coming under fire in recent weeks, Teva has now finally responded to the crisis in a statement saying, there were no indications there would be a shortage when it stopped making it, and now it wants to help.

Crowe is calling on the FDA to get vincristine from other countries that have a surplus of the drug.

"Pfizer does not need to be the only company that produces vincristine," she said. "This is the only drug that treats kids fighting cancer, and if they have a problem - like Pfizer did - we are out of luck. Because there's only one drug company producing it."

Right now, doctors are being forced to follow guidelines to determine which critical patients need the drug the most. But Crowe's organization is asking everyone to tweet the FDA to get it to take notice. She's also calling on them to call out their representatives in Congress and anyone who will listen to tell them the shortage needs to end - now.

Pfizer released a letter saying the orders of vincristine that were already placed should be filled by late October, but they won't be back up to full production until after the new year.

"The entire problem should be solved by January of 2020. Well that's three to four months. So what do we do if we haven't solved this problem by then?" Crowe asked. "We can! This is America, we can."

On Wednesday, pediatric doctors are hosting a webinar to try and figure out how to react to the shortage. Families 11Alive spoke to say doctors are telling them they don't know how missed doses will impact patients' treatment.

Jimmy Carter falls in home, is in hospital for treatment of pelvic fracture