The operating room at the health care company's south location is closing down on Friday. 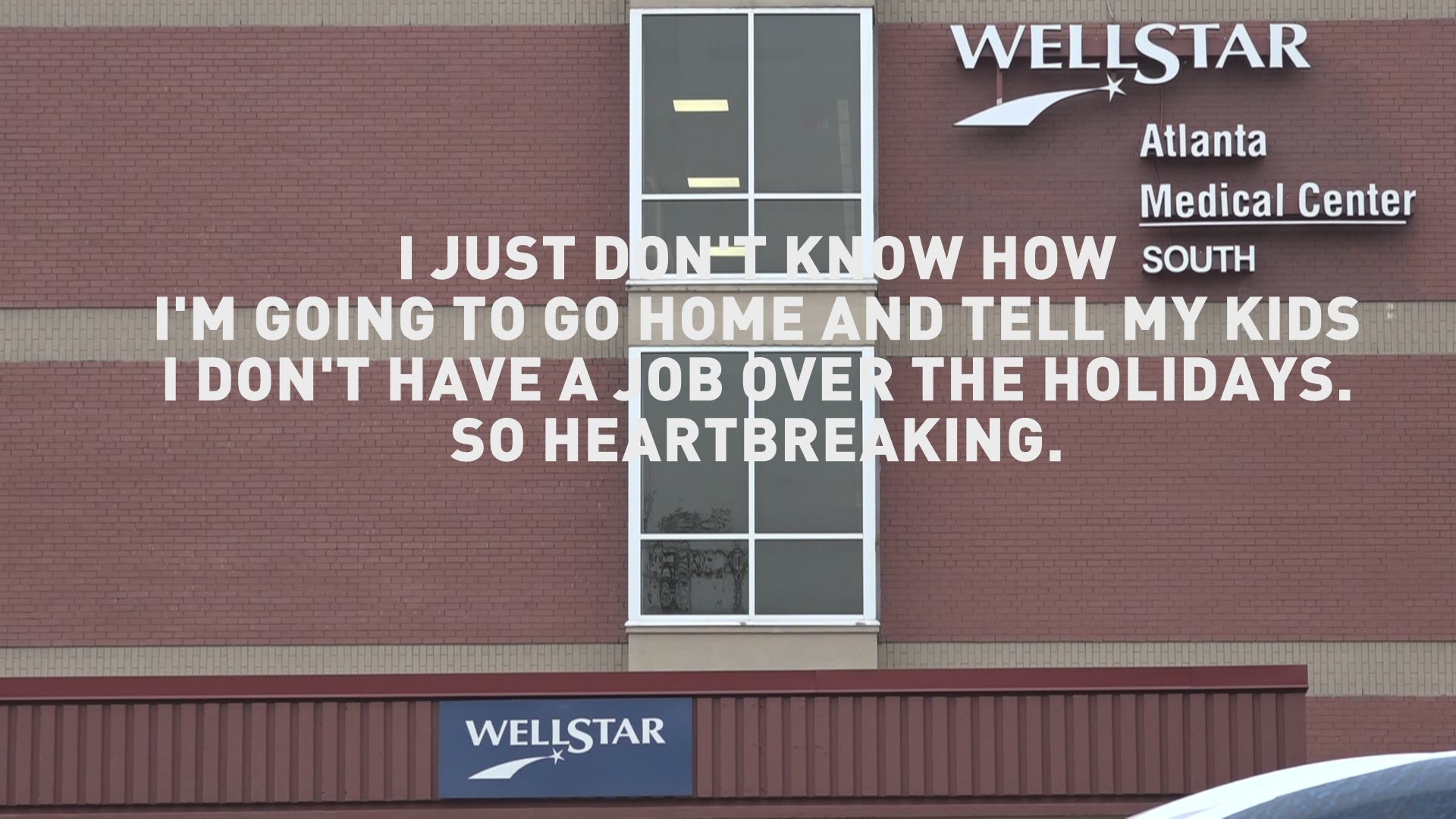 Workers say WellStar Atlanta Medical Center South just told employees it’s closing its operating room for good on Friday. People who work in the department told 11Alive's Kaitlyn Ross they were given the news Monday in a short staff meeting.

It was all over in just 10 minutes.

One employee who spoke to 11Alive said she's at a loss of what to do next.

"I just don't know how I'm going to go home and tell my kids I'm out of a job for the holidays," said the employee, who asked to remain anonymous. "(It's) So heartbreaking."

She said other people who work in the unit were shocked and are now wondering what comes next.

"There was no, 'I'm sorry.' They basically just looked at us and walked out of the room," she said.

She added that everyone sat in the room in stunned silence after the announcement.

"It was really sad, because there's nurses and scrub techs, and support staff who have been working there for thirty-plus years, and this is all they've ever known, so for them, getting a job at this age will be difficult," she said.

This employee said 40 people who work in the OR could be placed at the WellStar AMC location Downtown, but a spokesperson for the hospital did not address that speculation directly.

"While this move will improve how we serve our patients and communities, we understand it may cause disruption and have contacted those with scheduled procedures," the statement said.

But employees who work there said anyone flying in to the hospital with a medical emergency that needs surgery immediately will be impacted.

The southside location will transfer people to the downtown location, which is eight miles away, but with traffic, this employee said she's not sure the commute will be worth it.

"I just don't know yet. I'll have to figure out childcare," she explained. "Where I was now, my childcare is close to there, so trying to get Downtown then back to my kids will be difficult."

WellStar AMC South said while its OR is closing, many other services will remain open, including its 24-hour emergency department, inpatient care, critical care unit, behavioral health services, and imaging and lab services. Those units "will continue to provide uninterrupted care," the hospital said.

Man allegedly tried to pose as officer and handcuff masseuse, then 'performed indecent acts' in front of her

One teen twin wanted for allegedly beating woman with frying pan, robbing her is caught