It's mostly used to sterilize medical equipment and create other chemicals, but also is associated with various forms of cancer. 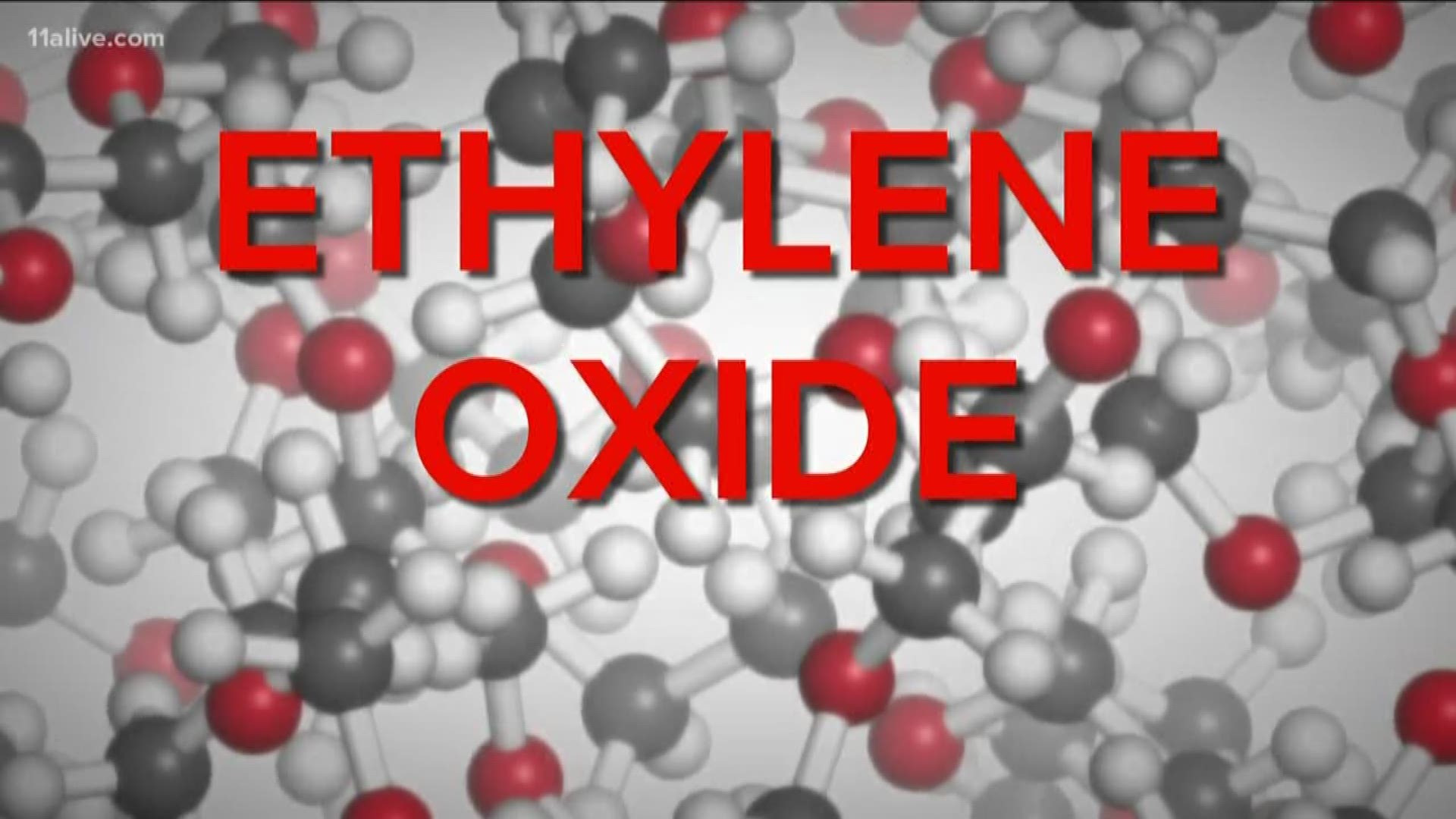 ATLANTA — For years, local residents in several metro Atlanta communities may have been exposed to a cancer-causing chemical and they had no idea it was being released into the air.

Three of the Census tracts with highest readings are in Smyrna and Covington. The risks are reported to be driven by one chemical - ethylene oxide.

11Alive has been flooded with emails from worried people in Smyrna and Covington, after a WebMD article was published over the weekend which warned about the level of ethylene oxide released by two companies in those areas.

But what exactly is ethylene oxide, and why is it so concerning?

According to the National Cancer Institute, at room temperature, it's a flammable, colorless gas with a sweet odor. It's mostly used to create other chemicals, including antifreeze. It is also widely used as a sterilant for medical equipment and a fumigant in certain agricultural products.

But while it's helpful in that production, according to the Occupational Safety and Health Administration - OSHA - it can lead to physical and health hazards, such as respiratory irritation and lung injury. It can also cause headaches, nausea, vomiting, diarrhea, shortness of breath and turn the skin blue.

Chronic exposure can cause damaging reproductive effects, changes to or damage to DNA, and can impact learning and the functions of the central and peripheral nervous systems.

Bear evading police in search for food through Duluth yards