What is intractable pain - A new condition in Ga. medical marijuana law

This condition was added to Georgia's medical marijuana law. 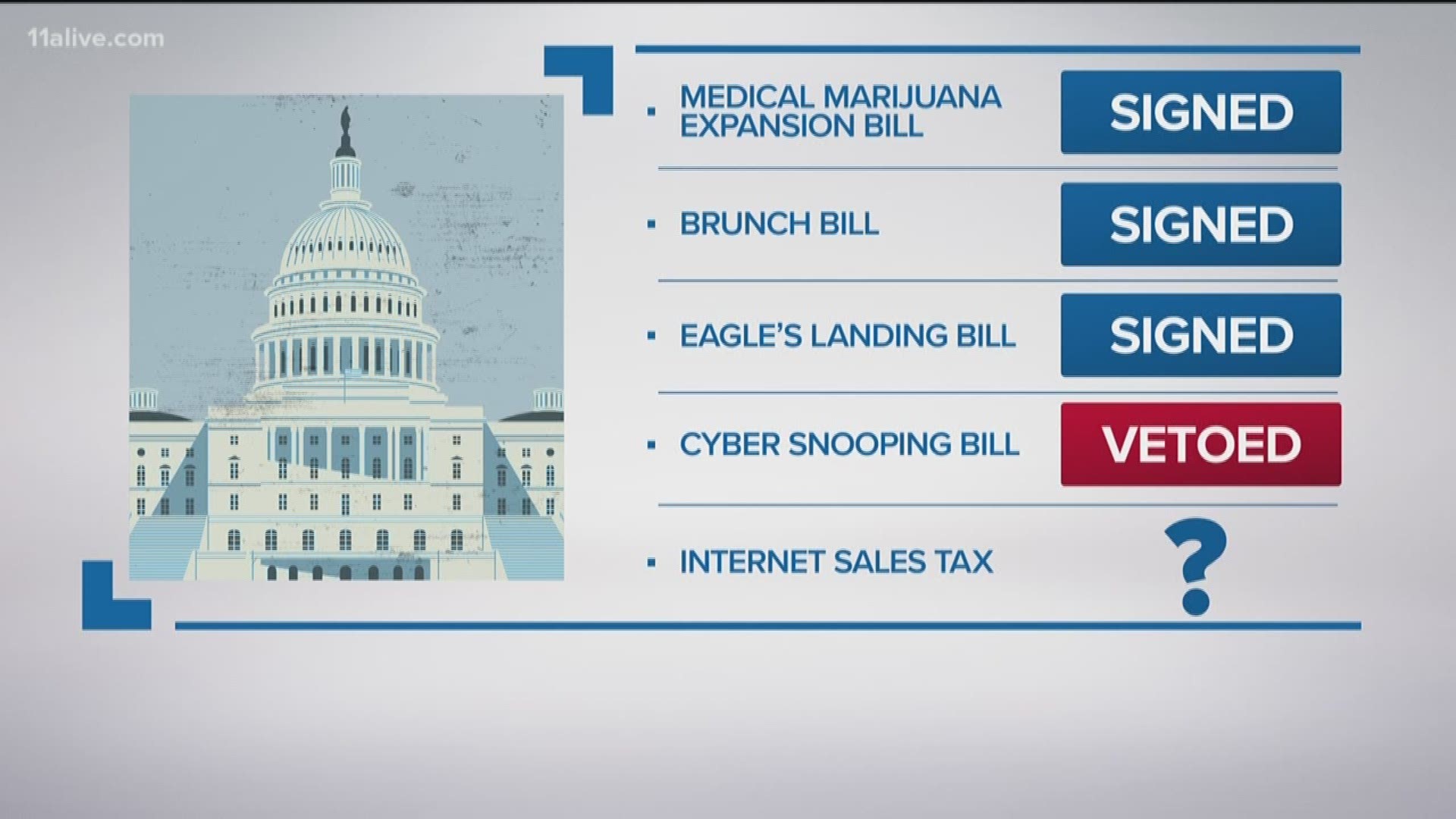 ATLANTA — Intractable pain, along with PTSD, are now medical conditions that would qualify Georgians to use medical marijuana for treatment.

Shortly after the signing, the top Google search in Georgia related to medical marijuana was "What is intractable pain"

The new law specifically defines "intractable pain" as being "pain that has a cause that cannot be removed and for which, according to generally accepted medical practice, the full range of pain management has been used for at least six months without adequate results or with intolerable side effects."

Georgia's first medical marijuana bill was passed by the General Assembly in 2015 and covers more than 15 other medical conditions. Anyone who falls in those categories may apply for a low THC oil registry card, which permits qualified people to have up to 20 fluid ounces of low THC oil, which is derived from the cannabis plant.

But, selling and growing medical marijuana in Georgia is illegal, as it transporting it across state lines. This causes a problem for patients who have the right to use it but no legal way to obtain it.