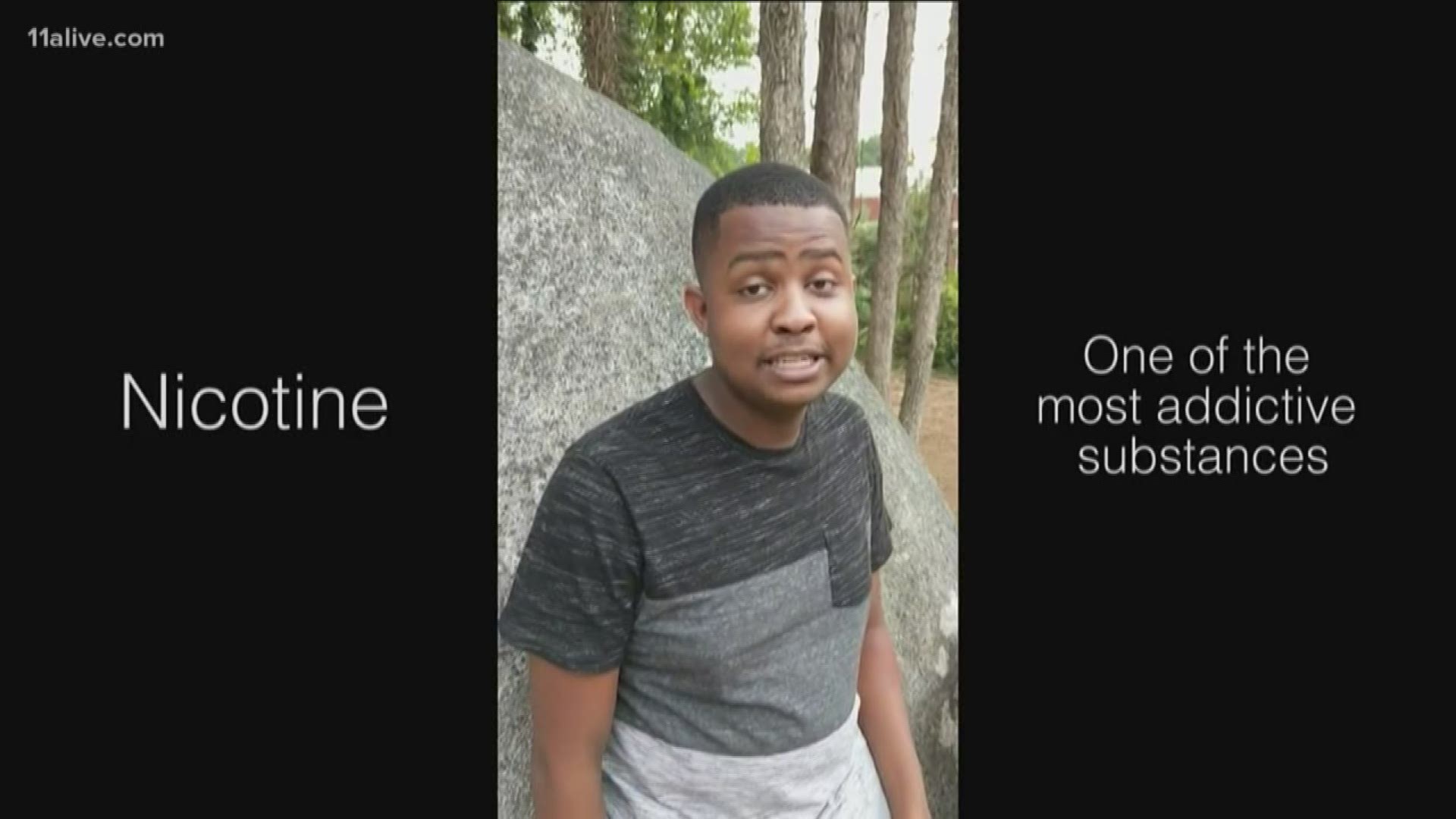 Vaping has become so popular among school-age kids, the FDA has declared it an epidemic.

Studies show the use of e-cigarettes is now higher among high school students than adults.

But one group of Fayette County high school students decided to strike back. Six teens from three different schools wrote, filmed and produced a PSA against vaping.

It starts out by asking people what they know, generating responses that reveal the public misunderstandings about vaping.

By the end, they set the record straight, lobbing facts to each other about the dangers of vaping.

“It's actually getting to be a really big problem, because they're doing it a lot, especially in bathrooms,” one student, Derrick, said. “They’re doing it to the point where at my school, they had to lock a bathroom because kids were doing it so bad and they couldn't stop it. They’re even getting bold enough to do it in class while the teacher is in the room.”

Alyssa said it’s becoming so popular, in part, because of social media.

Derrick said 18-year-olds at his school will buy them and then sell them to younger students.

Nearly 21 percent of high school students vaped last year, according to the CDC. That's about 3 million nationwide. And even middle schoolers are getting in on the trend – with about 5 percent vaping.

She added part of their appeal is their “sweet smell, like cotton candy.”

The Fayette County schools system’s coordinator for safety and discipline, Dr. Ted Lombard, said that's usually what gives it away.

“If you walk by a boys bathroom and you smell a fruity smell, you know something else is going on there besides boys going to the bathroom,” he said.

Lombard said Fayette County alone has seen a four-fold increase in tobacco and e-cigarette use – and since they can be disguised as other shapes, they can be hard to spot.

“We have principals that have drawers full of e-cigarette pens, because most parents don't want their kids to have them, so they're not claiming them,” he said.

They're adding the new posters in the halls for the upcoming school year that try to help dispel misinformation.

“I've heard from people it's safe – ‘Oh it's safe, it's not bad, it's way better than a cigarette,’” Chyna said. “So people aren't really aware that it has addictive substances in it.”

If a child is caught with a vape pen at school, Dr. Lombard said most times they get just a warning, unless it becomes a repeat offense.

MORE BACK TO SCHOOL HEADLINES