Brandon Gamble was a described as a hardworking father and devoted husband. 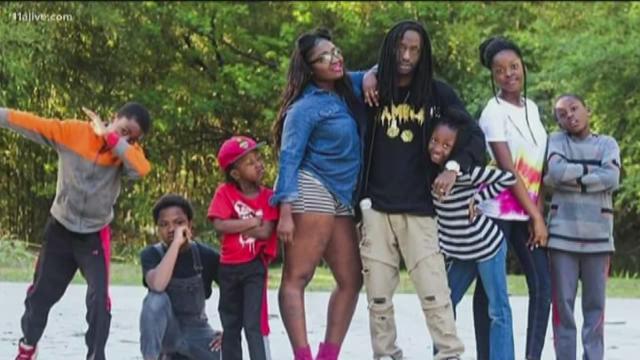 Family members are remembering a father who lost his life while helping to save the life of his wife and children.

Brandon Gamble died early Thursday in a fire at a home on Burks Road in Forest Park. Neighbors said he died as he was helping to rescue his five children and his wife, Tiesha.

Brandon Gamble was a described as a hardworking father and devoted husband.

“I’m here to let you know that guy, he went to work for that family,” said his brother, Richard Gamble. “What he did….my heart goes out to him.”

According to his brother, Gamble had two jobs in the food service industry and had an aspiring music career under the name “Gamble Boy Scooby.”

“He also put his family first,” Richard Gamble, said. “I feel so bad for the family right now.”

Brandon and his wife had been married for 14 years, his brother said. They were middle school sweethearts.

Tiesha Campbell remained at Grady Memorial Hospital Friday. She was transported there for smoke inhalation.

“With time she should be OK,” Richard Gamble said.

The children suffered scrapes and cuts.

“Brother, if you could hear me, I love you. I really love you man.”