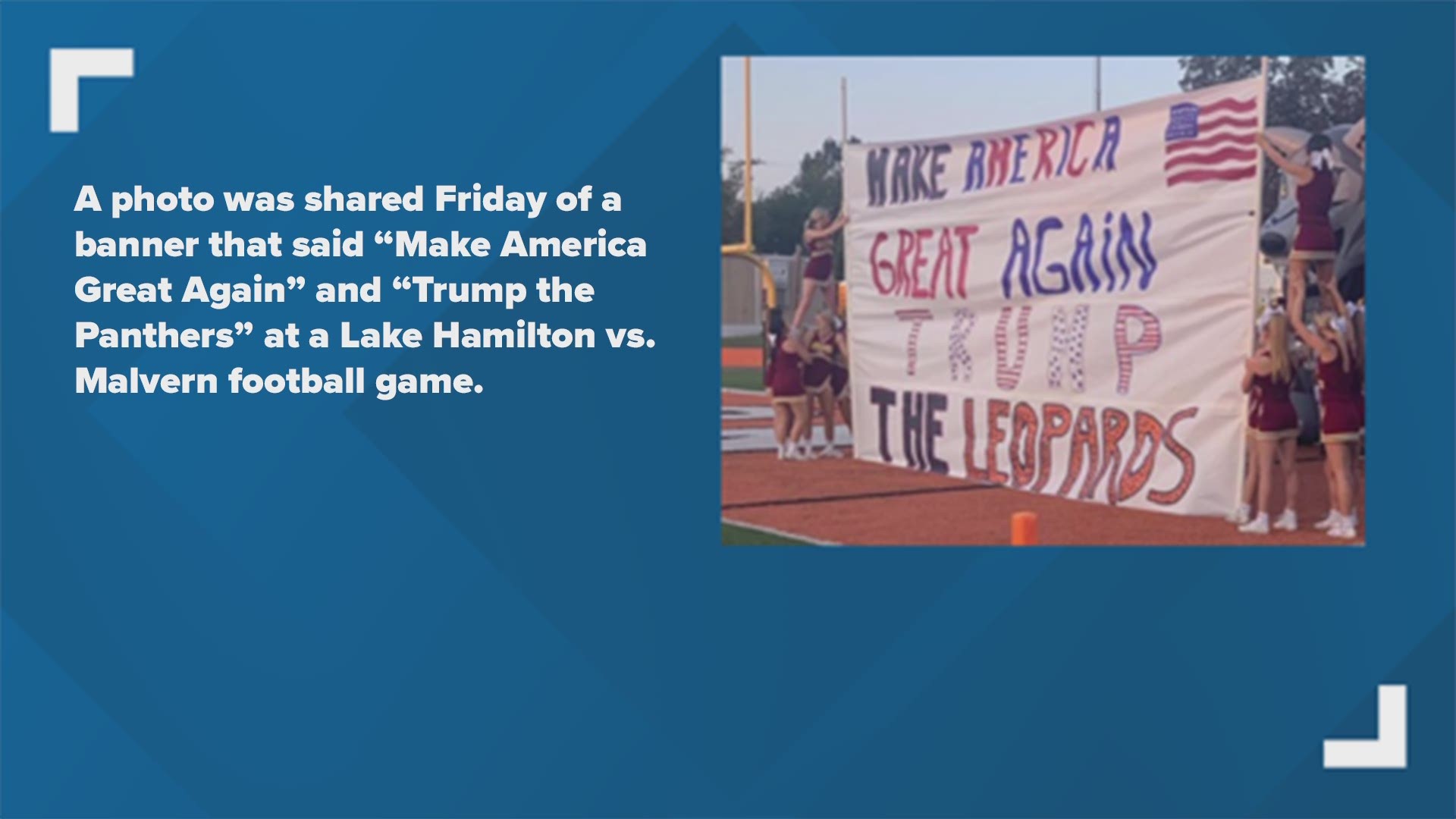 LITTLE ROCK, Arkansas — The Lake Hamilton School District is being criticized after a photo was shared online showing cheerleaders holding up a football banner that said "Make America Great Again."

The banner, which was used during Lake Hamilton High School's football game on Friday against Malvern High School, also said "Trump the Leopards" at the bottom.

"We are all entitled to our politics of choice but not to using public entities to advance our politics," Elliott said.

"It's a play on words," Pilkington said. "God forbid kids use political slogans to make a joke about beating a team in football."

On Facebook, one Malvern resident said, "This is NEVER okay when dealing with KIDS."

According to the Arkansas Department of Education, the Lake Hamilton School District was 79.3% white during the 2017-2018 school year and 3.4% African-American.

The Lake Hamilton School District said that it has "taken steps to ensure that all future banners do not mention or reference political or controversial issues."

You can read the district's full statement below:

"The Lake Hamilton School District believes that all school activities should be conducted in an environment where good sportsmanship and respect are shown. The banner displayed at the football game this past Friday was not intended to make a political statement or endorsement. The district has taken steps to ensure that all future banners do not mention or reference political or controversial issues."