Go outside and appreciate the clear conditions, because six years ago today was Snowmageddon 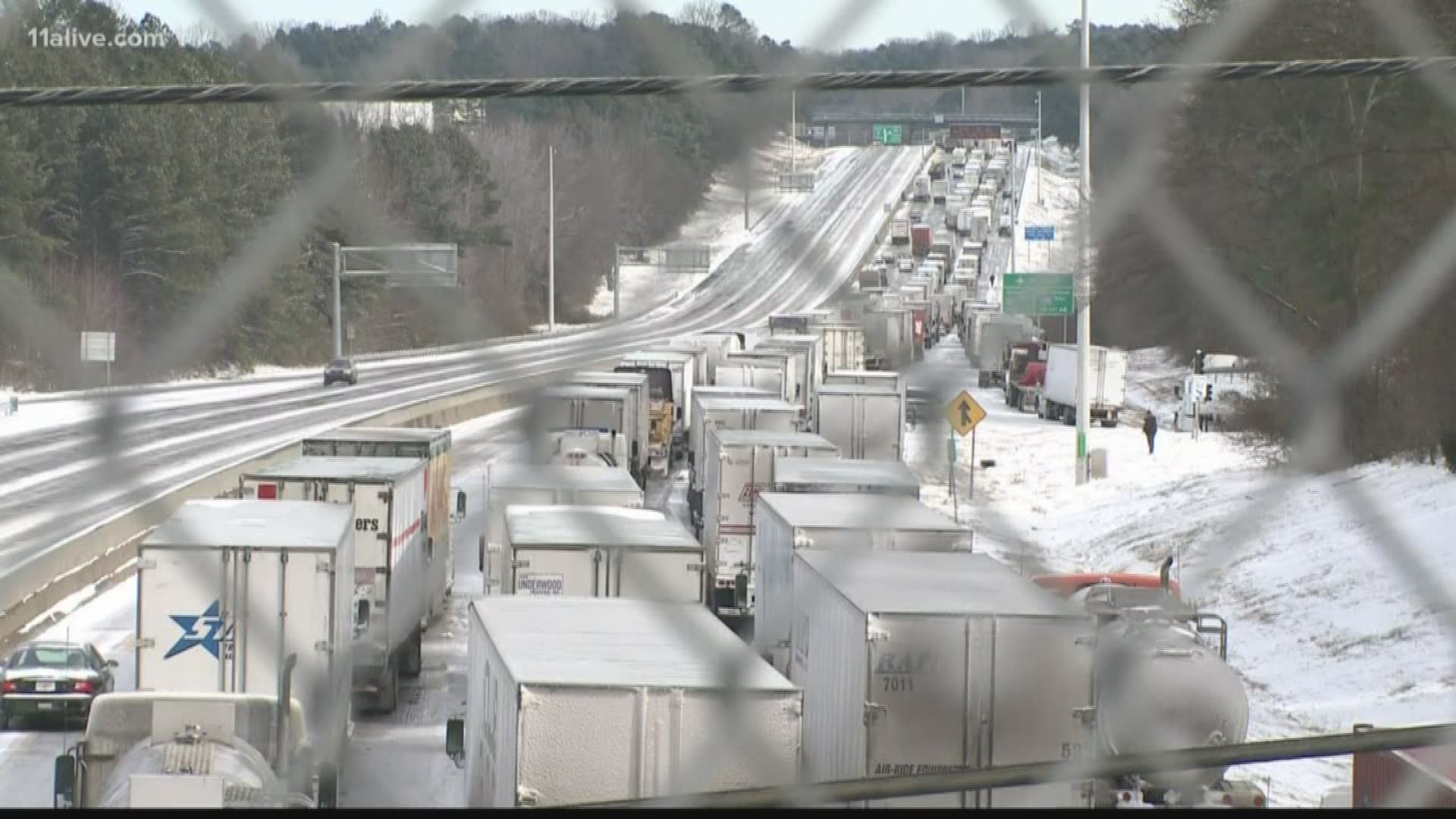 ATLANTA — It's one of the most infamous weather events in Atlanta history, and it turns six years old today: Snowmageddon.

On Jan. 28, 2014, two inches and change of snow brought the city to its knees, the images of cars trapped on the interstate indelibly fixed in Atlanta's collective memory.

Although the city only received 2.6 inches of snow, cars were stranded on all three highways for up to a day. Over a million people were jammed on the major highways in Atlanta primarily because everyone in the city was attempting to head home out of the snow at the exact same time.

Ninety-nine school buses from Fulton County schools were stuck in the traffic until midnight while 2,000 students were forced to spend the night at school. Hundreds of people were forced to abandon their cars on the interstate and seek shelter in nearby stores such as Kroger, Home Depot and CVS.

The mess became something of a national joke in northern cities accustomed to dealing with quite a bit more snow, and was even immortalized with a mocking skit on "Saturday Night Live."

11Alive Traffic Tracker Crash Clark was on his second day on the job, dealing with probably the worst traffic situation ever to befall Atlanta.

"I worked 20 hours that day, slept in my suit for 4 hours on the conference room floor and came back on air for 10 more hours," he wrote on Facebook. "I almost quit and went back to radio."

So go outside and appreciate the clear conditions - it's set to be sunny today with highs in the mid-50s, and there isn't the threat of snow for miles.