The policy forced gay, lesbian and bisexual service members to keep their sexuality secret, until it was repealed in 2011. 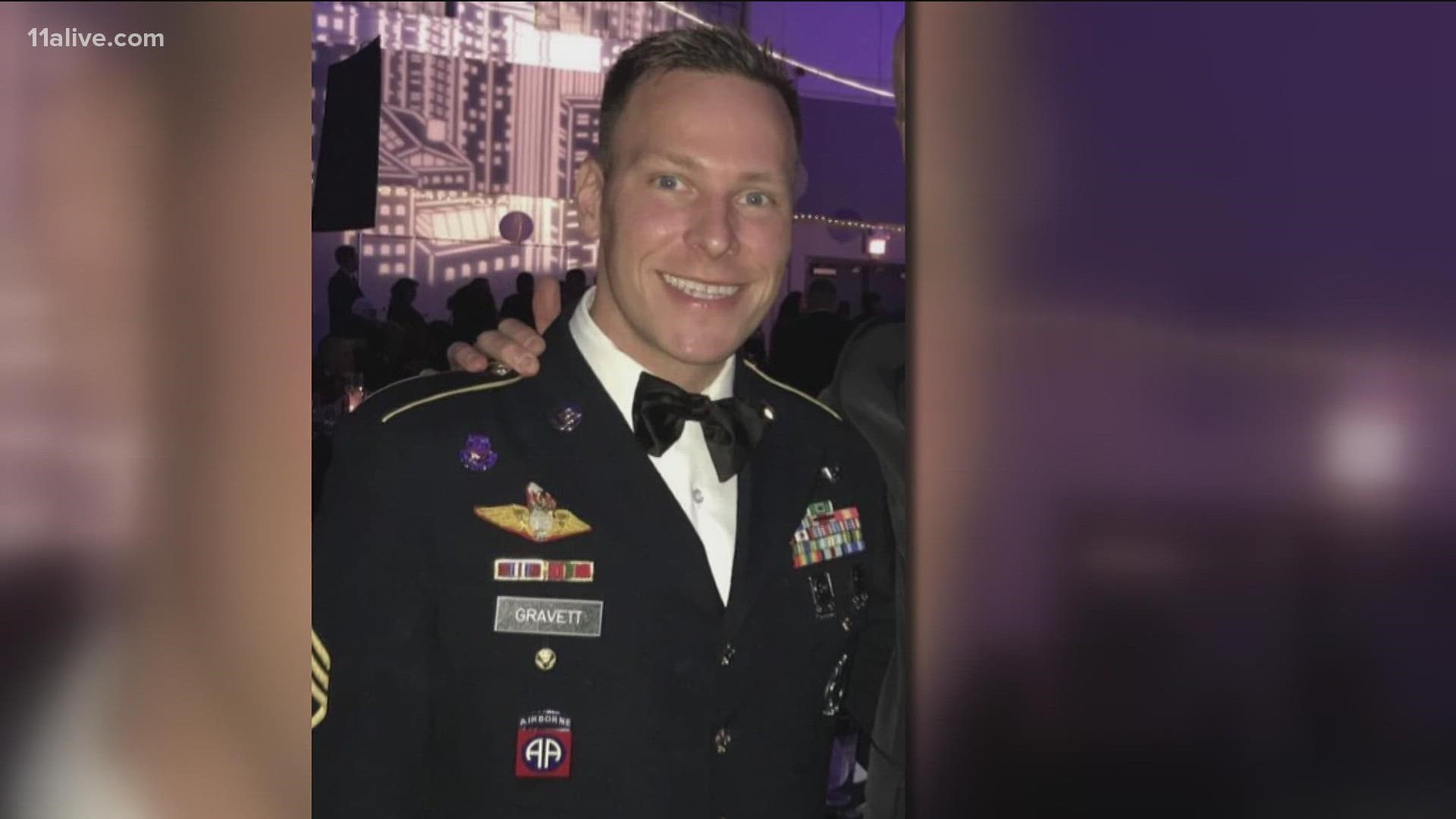 Under the policy, 13,000 people were expelled from the military, according to records released to the Associated Press.

Two Georgia service members who are now openly gay talked with 11Alive and said their lives changed when the policy was repealed.

They no longer had to hide their sexuality or keep their military and personal lives separate.

"It feels like it is a whole different lifetime ago from when I came in," said Army Sergeant First Class Joshua Gravett.

He joined the Army 18 years ago while a senior in high school in Marietta.

"During the Don't Ask, Don't Tell, if you were suspected of being gay, you would have been discharged immediately," Gravett said.

That meant early in his military career, Gravett had no choice but to live with a secret, and he could not share details of his personal life with his fellow troops.

But he said over the past 10 years, his life has changed drastically.

"For me, it is just not being lonesome anymore. If I go anywhere, I can experience life to its fullest. I don't have to keep all my experiences to myself; I can share those experiences with other people, Gravett added.

Starting in 2011, Gravett could live his personal and military life as an openly gay man for the first time.

He has brought his partner to military formals, was honored while in uniform at the New York Mets first Pride Night in 2016, and shortly after the repeal of Don't Ask, Don't Tell, he took a photo with other gay service members in Afghanistan.

"I was the first openly gay Army Ranger to serve," said retired Army Ranger Robin Biro of Tucker, who earned the rank of sergeant after serving from 2009 until 2020.

Biro said he came out as gay at 16-years-old and was an activist for LGBTQ rights well into his adult life. Then he joined the Army when he was 33-years-old.

"It was kind of like having to go back in the closet," Biro said. "I couldn't disclose much of my personal life, and I didn't feel like my unit trusted me that much because they didn't know much about me on my off time."

Early in Biro's military career is when Congress began debating a repeal of DADT.

"I told myself while it was being debated in Congress, 'you've got to make yourself the absolute best, most squared away soldier and make yourself invaluable to the unit,'" he said.

Biro said the Rangers had what is called summary release authority, meaning you could be booted from the Rangers at any time without reason being given.

So until President Barack Obama signed the repeal and became official months later, Biro said he had to continue to protect himself and his military career by always going above and beyond.

But 2011 came Biro's opportunity to again be openly gay.

"I didn't like not being able to be authentic," he said.

Biro added he was glad to see DADT end both for himself and future service members.

"I was accepted for who I was, and I'm glad other people can serve openly, freely, and live their lives authentically because it matters to unit morale," he said.