'He said, this is going to impact you because the whole world is going to be watching,' said Tiffany Cochran. 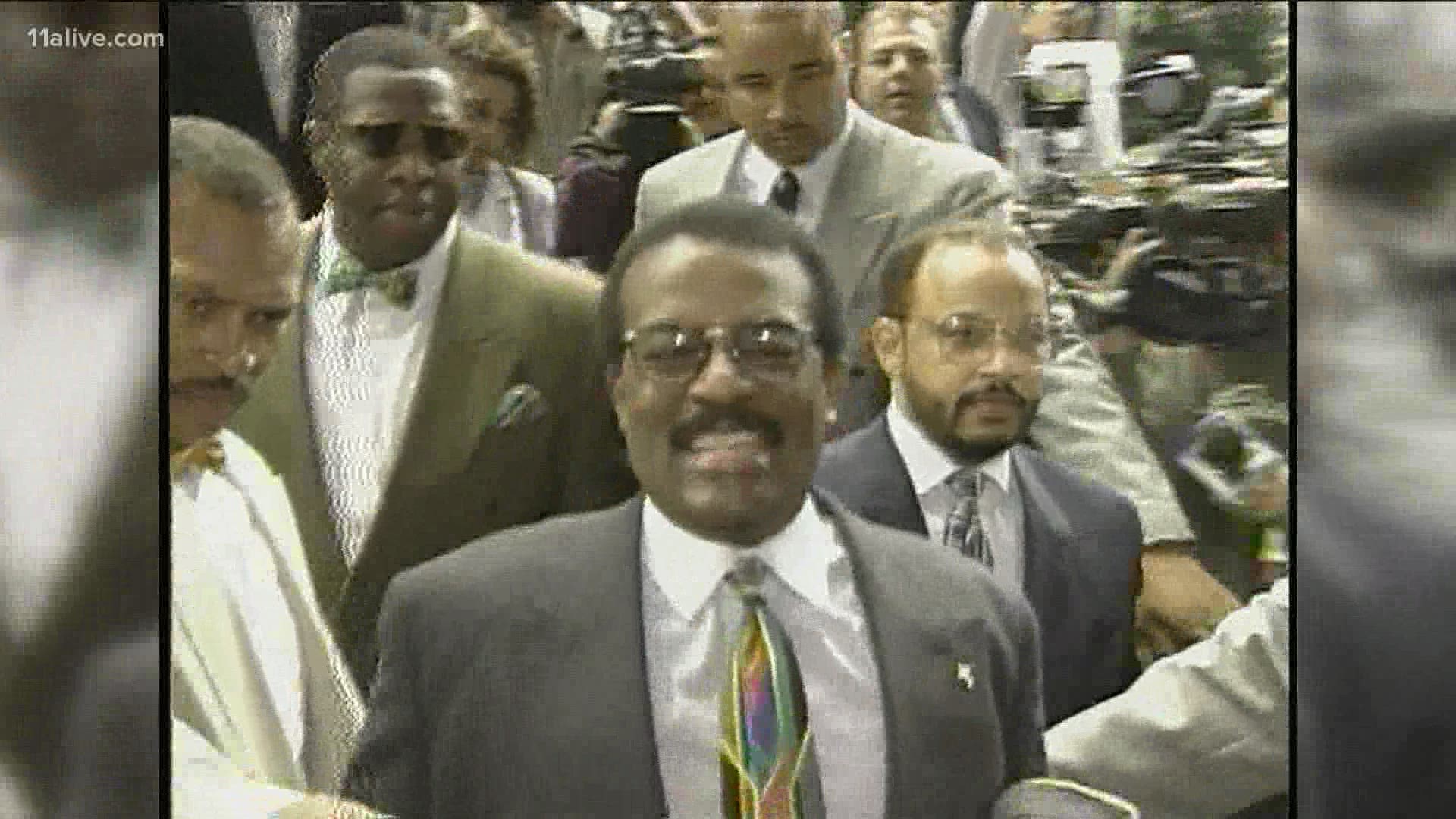 ATLANTA — October 3rd, 1995: The verdict millions of people waited for.

“It’s all anyone could talk about. So, I had a heightened sense of anxiety just like the rest of the world,” said Tiffany Cochran. “I wanted my dad to be safe. I wanted him to be able to go back to his normal life. It was one of those things where could you see an end."

At the time, Cochran was a budding television anchor and reporter in South Carolina.

She was also the daughter of the man who took a leading role in O.J. Simpson’s defense, Johnnie Cochran.

“I just remember my dad calling one night and telling me, 'I need to talk with you.' He said, 'I decided to join the OJ Simpson defense team,'” Cochran explained.

It got to the point where Cochran started getting calls from the media and threats from viewers.

She eventually had to step away from work, thousands of miles away from home.

“My dad said, 'I’m going to hire a security guard to watch over you,'” Cochran said. “So, I remember that we were at a hotel room when the verdict came in and he [the security guard] said, 'You mind if I watch?' He said, 'Wow, your life is really, never going to be the same now.'"

While her father covered many high-profile cases before his death in 2005, Cochran said he prided himself on helping anyone who needed it.

“His dream was to make sure everyone had a path to justice. One phrase that came out the Simpson trial was the 'No-J’s.' He loved representing the everyday person,” Cochran said.

Nearly two years after the verdict, Simpson was found liable for the wrongful deaths of Nicole Brown Simpson and Ron Goldman during a civil trial.

He eventually went to prison over an armed robbery in Nevada in 2007. He was released on parole in 2017, having served nine years.