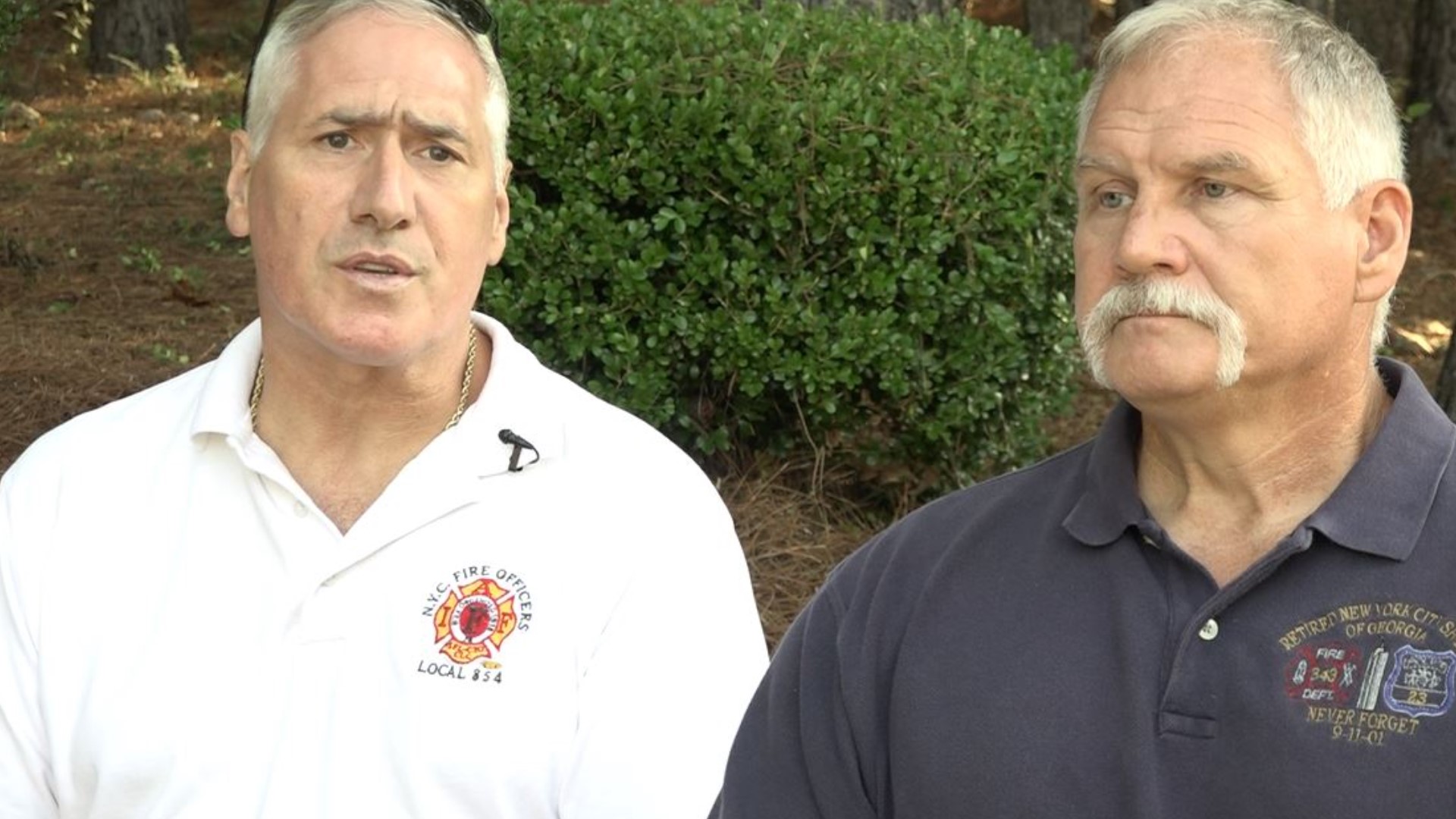 On Sept. 11, 2001, D'Avolio - an FDNY captain of a Hazmat 1 unit - lost 19 brothers in his unit, eight from his company. Searching the debris piles in the days that followed, they only were able to ever recover four of their remains.

D'Avolio spoke to 11Alive's Liza Lucas this week, and recounted his experience from that day.

Based in Queens, he was off-duty the morning of 9/11 and rushed to his firehouse, making his way into Manhattan just as the North Tower collapsed. He and the others with him made their way downtown - toward the danger - to join in the search, the only place they could imagine going at that point.

"Most guys who were missing friends and brothers, there was no other place they really wanted to be other than the site to try and find their brothers," D'Avolio said. "It was chaotic to say the least. Chiefs were constantly telling us we need to just try and find any life at all, as firemen that’s what we do - we look for life. We search."

He said he searched the 7 World Trade Center tower, before that too collapsed. When it came down, he said it was overwhelming feeling the power of the collapse - and coming to the realization that it would have been next to impossible for so many of his brothers-in-arms to survive the collapse of the much larger Twin Towers.

RELATED: Here's how you can participate in 9/11 remembrance events in metro Atlanta

"You felt that force, you felt the heat, the debris. Guys just started crying," he said. "It was infectious, guys holding each other."

D'Avolio stressed that while the pain has subsided, it never truly leaves him. He and the other first responders of 9/11 want the loss - and heroism - of that day never to be forgotten.

"The sadness took a long time for it to start to subside, it'll never go away," he said. "I wake up every morning with the thoughts of September 11th."