A metro Atlanta woman made 2,977 paper cranes to honor the lives lost on 9/11

For nine months, Danielle Roberts has been folding each origami crane by hand to honor the lives lost on Sept. 11, 2001. 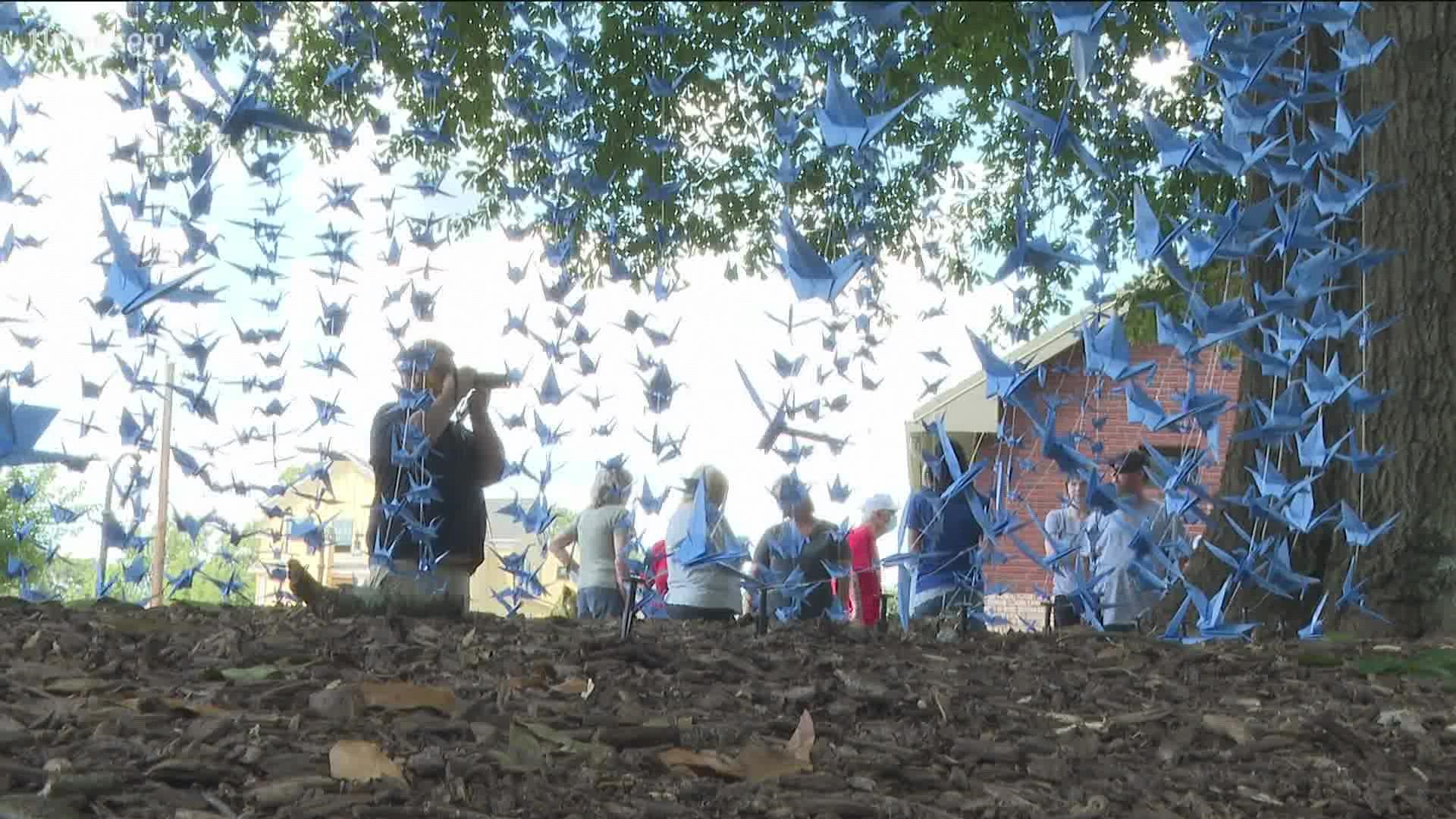 LILBURN, Ga. — A metro Atlanta woman wanted to do something creative and personal to remember the 9/11 victims.

Danielle Roberts decided to create an exhibit to honor them through art.

2,977 lives were lost and thousands more were injured during the terrorist attacks on Sept. 11, 2001.

"All of the cranes have been personalized with a name and today's date," Roberts said.

For nine months, she has been folding each origami crane by hand.

On Saturday, Roberts' exhibit was unveiled along with a ceremony at Lilburn City Park.

"Since 7 o'clock this morning, I've been fighting back tears— all day long. Because to see an idea, your daydream, come to fruition... it's really wonderful," Roberts said.

With help from friends, Roberts carefully strung each crane on a tree, which created a peaceful place for people to reflect.

"It's a powerful thing, this wasn't the City of Lilburn, it's not the staff who got together, it's just a person in the community who cares," she said.

Through the project, Roberts got to know each victim.

"I'd read stories about each one of them," she said.

Lilburn Police Chief Bruce Hedley stopped by to pay his respects not only to citizens but to the first responders who were tragically killed that day 20 years ago.

"Heroes run toward danger to save a stranger and that's why this profession is so noble. I couldn't think of a more fitting way to honor each of them individually," he said.

The exhibit will be on display in Lilburn City Park through Monday.