20 years since that fateful day, Art is remembering his other half with a message of hope, compassion and music. 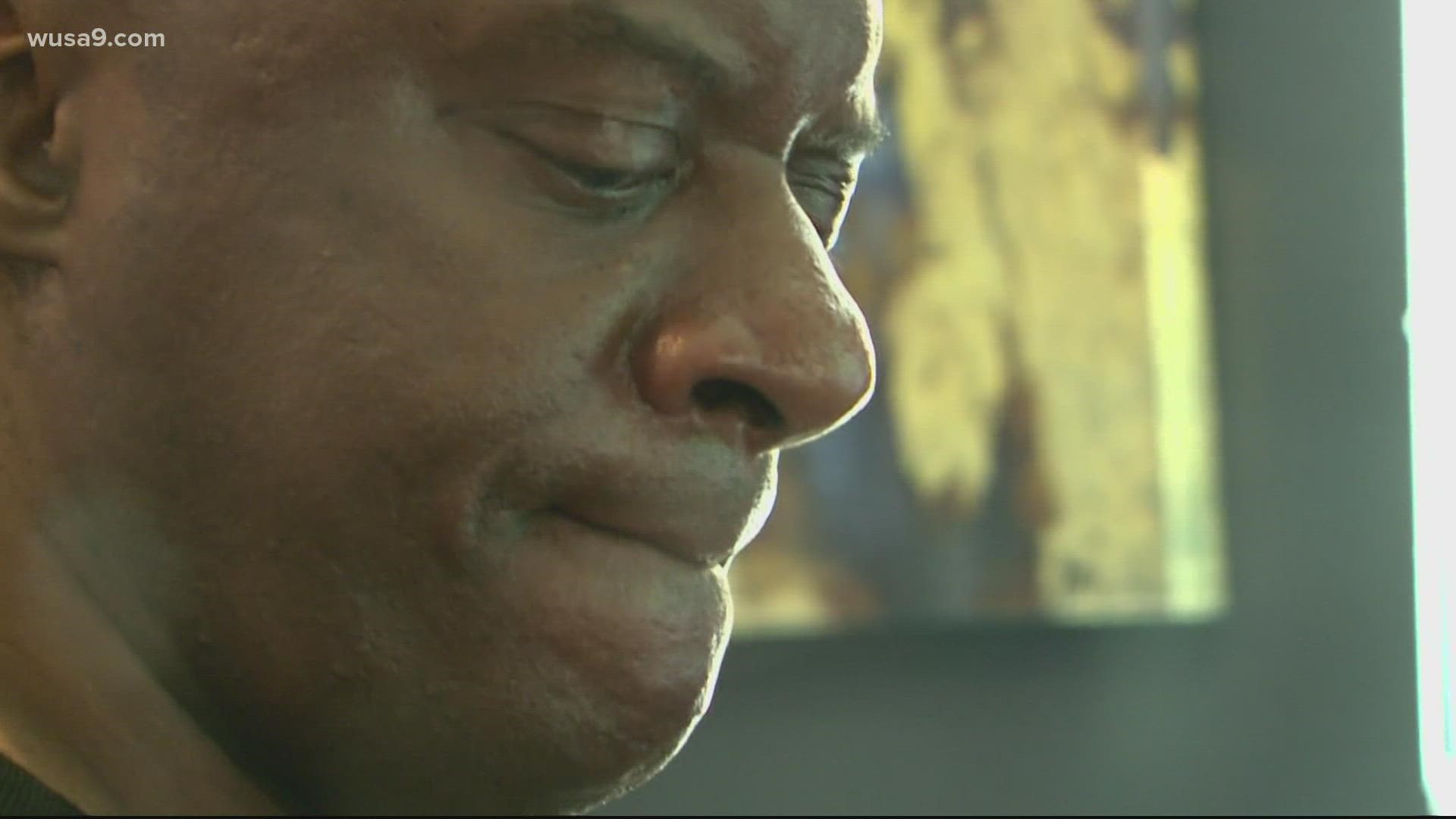 FALLS CHURCH, Va. — Art Powell is his brother’s keeper. To see Art is to see Scott. For 35 years, the identical twins with a calming presence moved in lockstep.

September 11, 2001 changed the world and their bond. Scott was at the Pentagon when terrorists attacked the symbol of American power.

20 years since that fateful day, Art is remembering his other half with a message of hope, compassion and music.

We met to talk about their connection at a familiar place. A place where they spent hours creating over a chord, near a piano. Art takes the seat where his twin, Scott, often sat. To create something.

Art placed his hands on those same ivory keys. “Just playing chords, I play around with to get in the mood to write,” said Art.

They spent hours at this grand instrument for inspiration.

Art and Scott Powell – known affectionately as “Dem Twinzz”-- were the kind of collaborators who finished each other’s sentences and songs.

“I’d tell my brother, 'hey I got something in the room there, so maybe try to see if you can come up with some chords or something,'” explained Art. “I’d come show up later and hear a whole body of work.”

The Powell brothers started making music during elementary school lunch hours in Pittsburgh. When they moved to D.C., they honed their writing, performing and producing skills as students at Duke Ellington School of the Arts.

“This is a song called Good Thang that we did for Glenn Jones.”

Art played a part of a catchy song for R&B soul singer Glenn Jones. It was a hit they produced in the ’90s with a silky up-tempo sound.

“My brother did all of the keyboard work," said Art. "I did the drum programming.”

Music was their lives.

But as the business changed, Scott traded his piano keyboard – for a computer keyboard. He became a Microsoft Certified Systems Engineer and took a contract role at the Pentagon. Soon, Art would end up there too.

“We had a fascination with computers and music, like technology using it to produce music and so for us, it wasn’t that big of a stretch.”

RELATED: A call to serve: Woman rescued from Pentagon daycare on 9/11 now serves in Air Force

SEPTEMBER 11 – THE PENTAGON AND MILES AWAY

On September 11 – Art was playing with a band and touring Europe.

He was watching television – when he learned about the attack on the World Trade Center. He immediately thought of his brother at the Pentagon and called his office, but Scott had stepped away.

“I said, well, hey, when my brother gets back to the office, just tell him I called. And, then I hung up the phone,” said Art.

Then, another caption came across the screen saying a plane had just flown into the Pentagon.

“I picked up the phone and called back. But there was no answer to his cell or desk phone," said Art.

Scott WOULD have called.

Reality began to sink in.

Suddenly, Art who was born 15 minutes earlier than his brother – was alone.

“My mom probably called me even before the announcement and said, “Look your brother is gone. Just remember the good times.”

MUSIC, AS A HEALER

Soon, Art had to ponder the unthinkable. Life without his twin brother. His twin soul. Art and Scott were the calm before and after the storm. Chill. Unflappable. If you saw one, you often saw the other. Until now.

Art picked the song played at his brother’s memorial. As you listen to it, you hear Scott’s hands on the keys of life.

“There’s something relaxing about it, you know, but I think what you hear melodically is a hopefulness.”

Art and Scott produced an entire catalog of songs that were never released.

They always felt the masses never got an opportunity to hear the evolution of their sound.

A sound left for Art to continue two decades later. Art still finds time to work on music in his home studio in Fulton, Maryland.

There is inspiration from Scott. His favorite guitar.

“It’s here, always with me in the studio, encouraging me to create,” said Art.

And, in a cherished symbol of service and unity, a burial flag.

“The flag that was presented to the family was actually flown over the Pentagon,” said Art. “To me it represents HOPE. It doesn’t say anyone’s gotten there, but it says that we’re capable, and we can do this.”

Art believes the best way to honor the souls, like his brother, who lost their lives on 9/11 is to turn the lens on us.

To be more compassionate, more considerate of others.

Scott was also a loving father to his three children. His legacy continues – through his granddaughter who also seems to share his love of music.

Credit: WUSA9
Burial Flag flown at Pentagon - given to the Powell family.

WATCH NEXT: Mom who lost daughter on Flight 93 honors those lost 20 years later

She helped create the Flight 93 Memorial and the September 11th National Memorial Trail.