Sens. Warnock and Jon Ossoff were at a South Fulton firehouse early Saturday to pay their respects to the victims of September 11th, 2001. 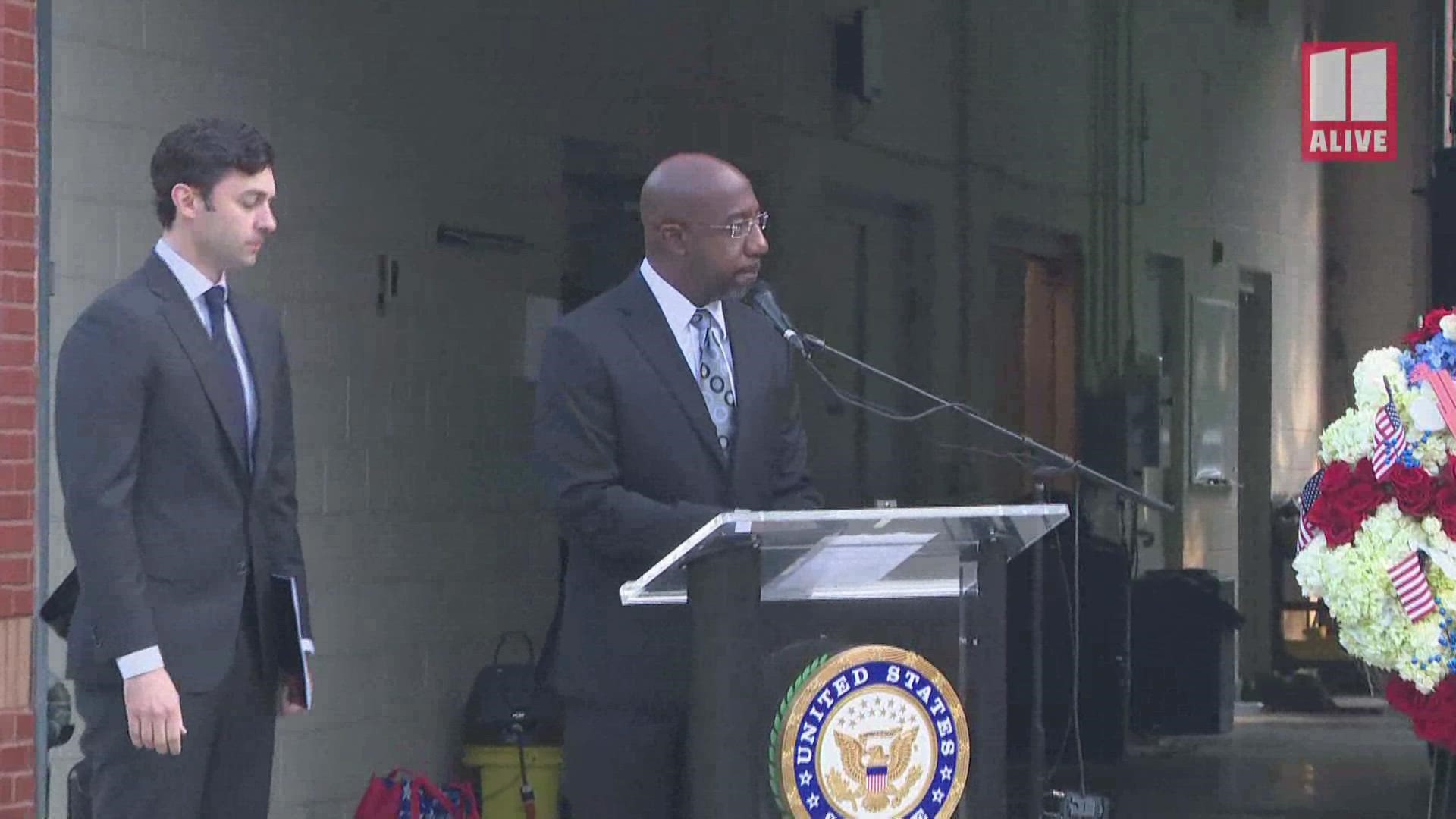 Ceremonies and tributes are being held around the nation throughout the morning, marking 20 years since the tragic attacks on the World Trade Center and Pentagon.

Sen. Rev. Warnock, the pastor of Atlanta's historic Ebenezer Baptist Church where Martin Luther King, Jr. once preached, spoke at a South Fulton firehouse where he and Sen. Ossoff were laying a wreath in honor of the victims of 9/11.

The Georgia senator and reverend offered this prayer to mark the moment:

"Gracious God - You are known by many names, worshipped in many houses.

"We pause in solemn commemoration of a day that changed America forever, challenged our resolve as a people committed to freedom, and called us to renew the covenant that we have with one another as an American people, one nation under God.

"We remember 2,996 souls who transitioned into eternity.

"The scripture says that 'these all died in faith not having received the promise,' but they 'looked for a city whose builder and whose maker is God.'

"Help us now to build the city, a beloved community where love and justice abide. We ask this prayer in the name of the God who loves us into freedom, and frees us into loving. Amen."