'We all join together, it's what we do best' | Georgia fire crews climb Stone Mountain to remember firefighters killed on 9/11 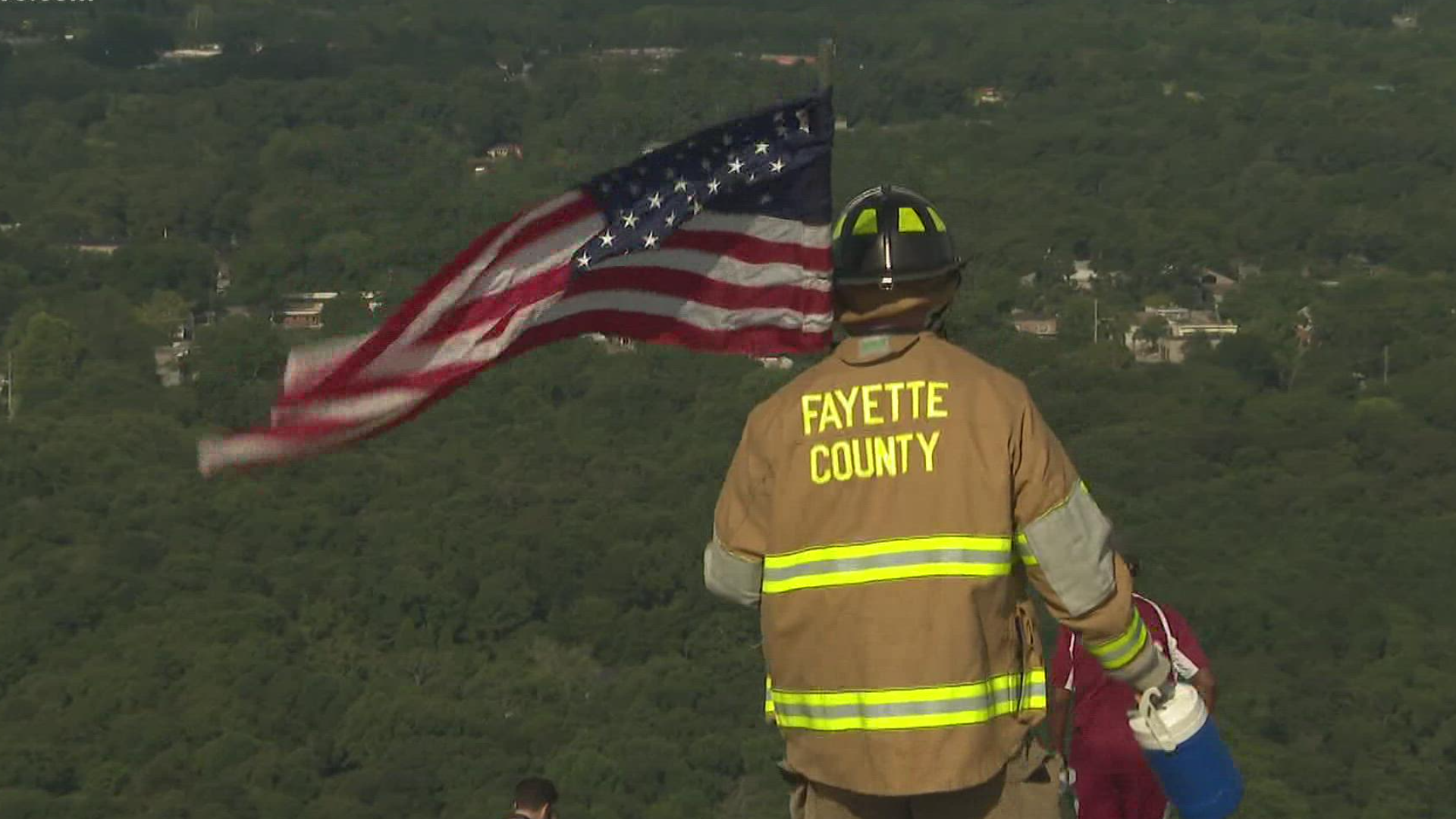 ATLANTA — Saturday marks 20 years since the 9/11 terrorist attack. Georgia firefighters from across the state joined together Friday to remember firefighters in New York killed on that day.

“When the first one hit we were wondering what’s happening, when the second one hit it was like a punch to the gut,” Fayetteville firefighter Levi Hill said.

Hill had just finished high school when 9/11 happened in 2001. He said watching the sacrifice of NYPD firefighters that day is part of the reason he joined the Fayetteville Fire Department.

"Courage, honor and bravery, we all suit up no matter what the call is. We're gonna go respond answer the call," he said.

Hill with firefighters from 15 other counties across Georgia climbed Stone Mountain to pay tribute to the 343 firefighters killed on that day.

"Most of us believe strongly in the fact you should never forget them,” Jones County Fire Department Sgt. Steve Hall said.

They dressed out in full gear– from boots and helmets to their breathing apparatus; it's an extra 70 pounds in the gear.

"That’s what our brothers and sisters did that day–  we're just honoring them," Captain John Shipley, with the Jones County Fire Department said.

And then making the climb– one mile up the mountain is equivalent to 160 flights of stairs– some even carrying flags. All the more important to remember, 20 years later.

This memorial hike on Stone Mountain has taken place for 7 years, and each year the number of firefighters who take part grows. Hill said it started out with four and Friday there were at least 75.

“It all comes down to the brotherhood, we all join together–  it’s what we do best,” Hill said.