#HoustonsFixedTheProblem: T.I. tweets that Houston's boycott is over

"I'm happy to say... We may now enjoy the spinach dip again." 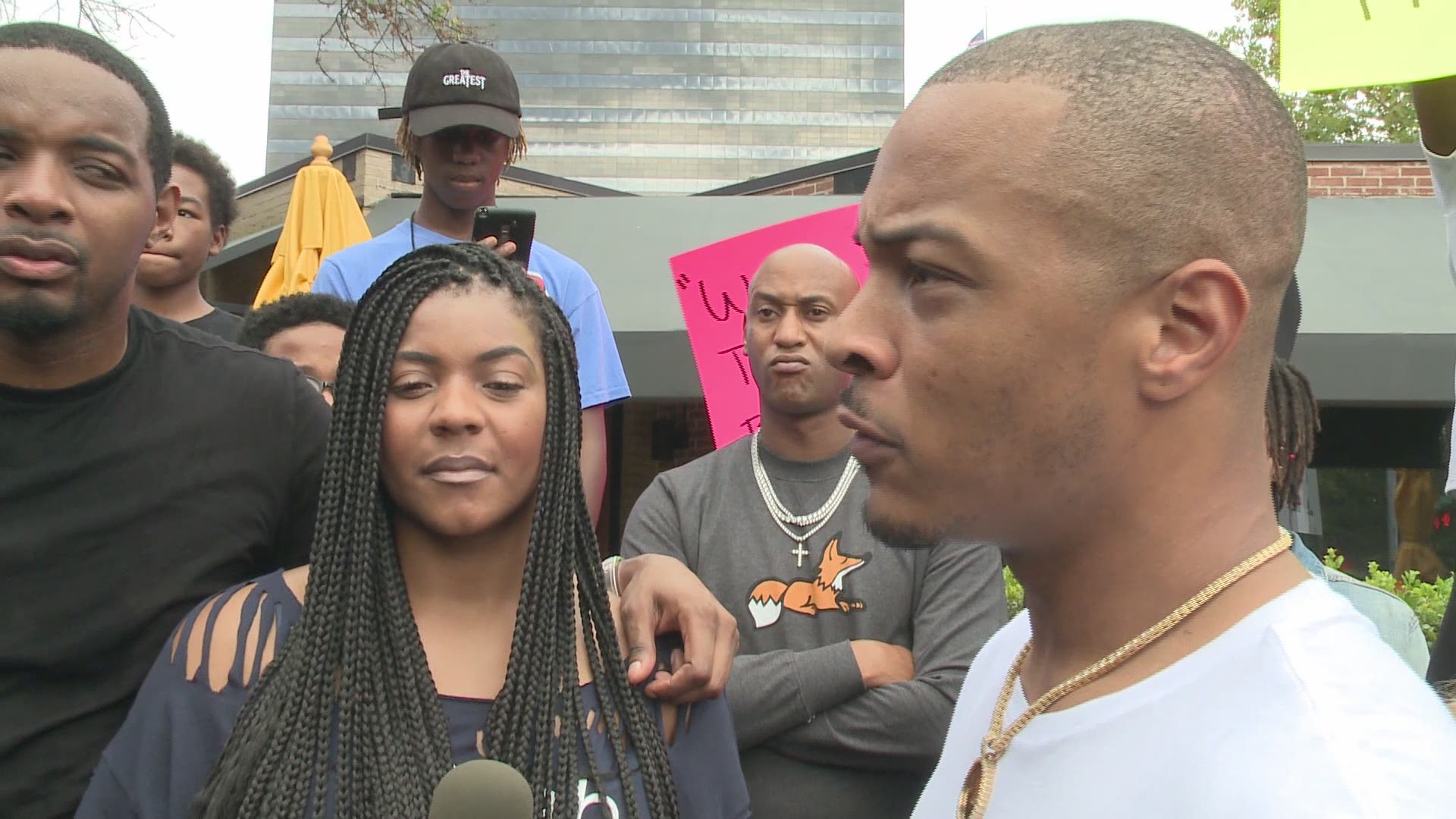 ATLANTA — A months-long boycott of a popular restaurant chain in Atlanta is now over, according to the local rapper who helped spearhead it.

Rapper Clifford "T.I." Harris, Jr. tweeted Thursday night that after "tough, yet productive discussions" with Houston's, a boycott against the Lenox Square restaurant is over.

Very Thankful for everyone’s support on this matter. Because of you all, & the Hillstone Group’s passion for progress we were able to make a difference. I’m happy to say... We may now enjoy the spinach dip again!!!! #HoustonsFixedTheProblem #NoStruggleNoProgress#USorELSE pic.twitter.com/zwudwuSkLm

The boycott started around Oct. 10, 2017 after allegations of discrimination by the chain have spread via social media. “Love and Hip Hop: Atlanta” star Deb Antney, who is also a music manager and the mother of rap star Wacka Flock Flame, and actress Ernestine Johnson have both said that the restaurant has refused to sit their large group.

Shortly after, the #BoycottHoustons social media campaign began and T.I. jumped in to urge customers to boycott all the Houston's restaurants.

The restaurant issued a statement on Instagram, after, saying "We have employed a diverse, hard-working staff serving Atlanta’s similarly diverse clientele for many years. Charges of discrimination are not only unfounded but are an intentional manipulation using social media."

Now, after negotiations and T.I. said they were able to make a difference.

"Our goal," T.I. said, "was to bring to light specific issues that we felt they needed to address and correct. I am proud of the progress made, and look forward to continuing the dialogue and working together in the same communities that have helped make their business so successful."

"I'm happy to say... We may now enjoy the spinach dip again," he concluded.