How to pack your firearm correctly when flying

Not packing your firearm correctly when you're at the airport could cost you over $13,000.

COLUMBIA, S.C. — The Transportation Security Administration said there has been a rise in people not packing their firearms properly when flying.

"It's a problem that continues to trend up," said Howell. "We've allowed firearms in checked baggage since we've been around. We don't have a problem with you taking it with you when you travel as long as it’s packed safely, unloaded and declared to the airline, and not brought to the checkpoint. We obviously don’t want them accessible on the flight."

Last year, there was a record of 4,239 firearms found at checkpoint in U.S. airports. That’s seven percent more than in 2017. The TSA says the country is on track to surpass the record this year.

In 2018, they were eight firearms discovered at the Columbia Metropolitan Airport that weren’t properly stored. This year there have already been eight at Columbia Metro.

The TSA official says if the airport discovers you didn’t pack your firearms correctly at the Columbia Metropolitan Airport, law enforcement will confiscate it. 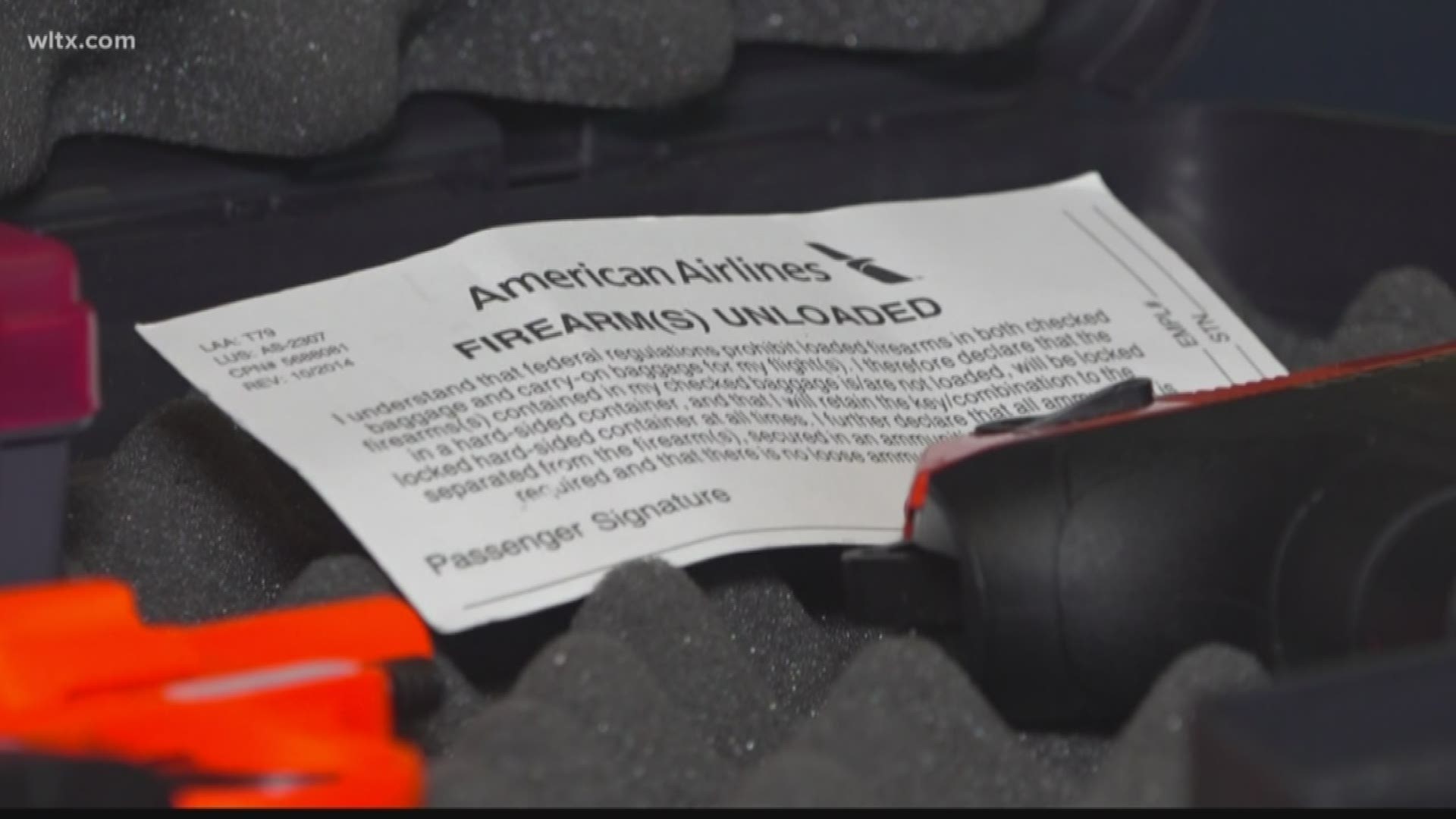 According to TSA, there are simple steps you can follow to make sure your firearm is packed legally before catching a flight.

For more information on packing your firearm, found out more from the TSA website.