It takes a decade for a pecan tree to grow, but only a few hours to be torn apart. 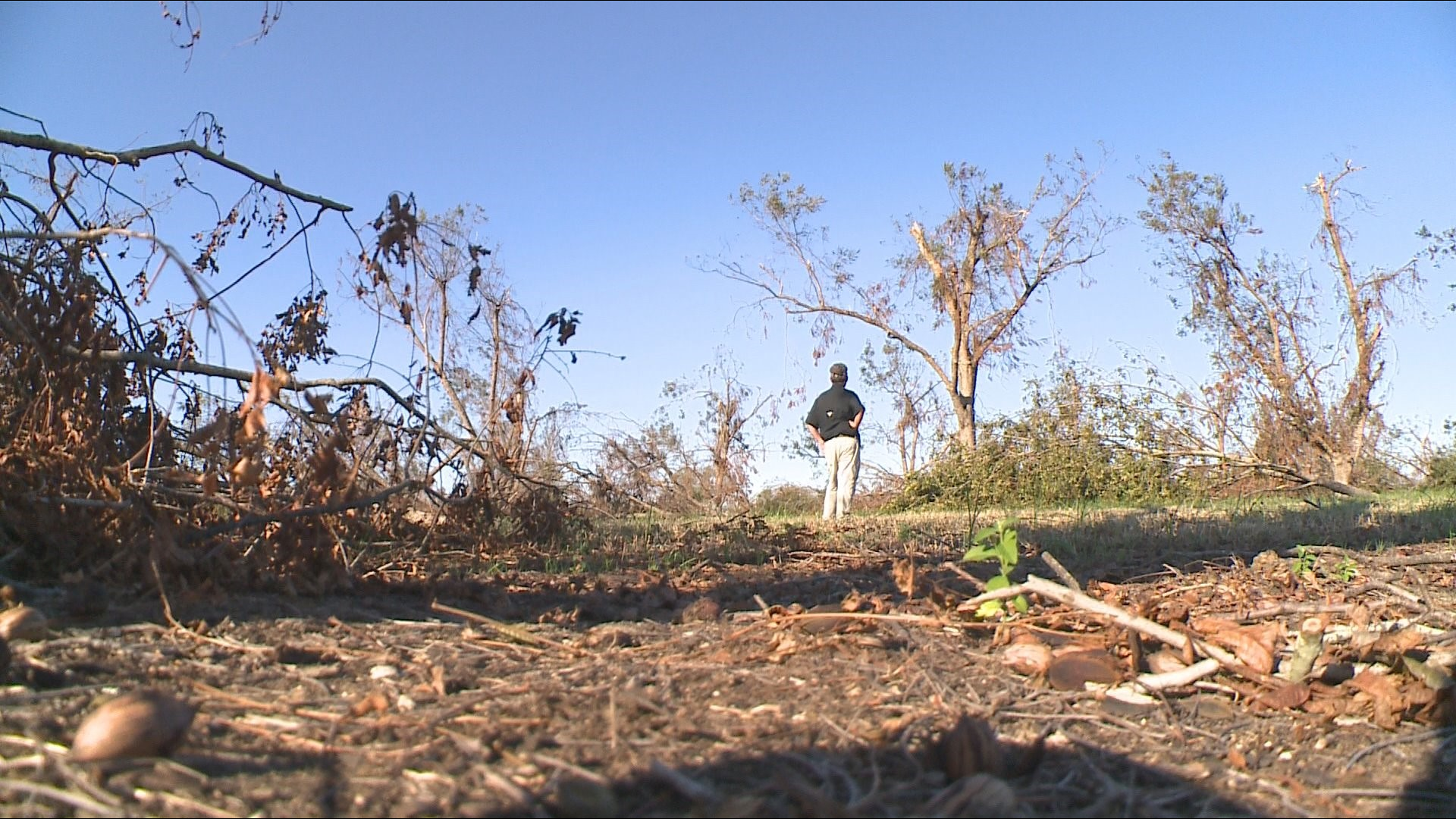 South Georgia farmers took a massive hit during Hurricane Michael and for some, it will take nearly a decade to get back on their feet.

The Georgia pecan is a pride of the state and a triumph of patience. It takes months to harvest a nut, years to grow a tree, and decades to build an orchard.

One of the orchards destroyed during the massive storm was Pecan Ridge Plantation, located south of Bainbridge.

“Within five seconds I knew ... it’s gonna take all we can, not to lose our farm over this," said Pecan Ridge co-owner Eric Cohen.

Eric and his brother run the plantation and have since been cleaning up the grounds and assessing how much damage they have.

Some of the pecan trees on the grounds have been there for over six decades.

“You got to cry about this for about 15 minutes … and then you gotta lace your shoes up and get back after it," he said. "That’s the only way you can deal with it. I can go to the house and cry. You can’t get anything done."

Crop insurance will cover the farm's loss for this year, but it won't cover the 10 years it will take for the Cohen's to grow new trees.

Fall is peak harvest season for pecans in Georgia.

An agricultural economist at the University of Georgia said that pecan farmers lost $600 million because of the hurricane - and $2.5 billion in overall agricultural loss.

“Everybody says it’s a 150-year storm. Well we had Hurricane Irma last year. We had Michael this year, which got us," Cohen said. "I’m not taking that bet."

President Donald Trump and Vice President Mike Pence toured the damage just after the storm went through and spoke about the impact this natural disaster is having on Georgia and Florida residents.

“You get attention for the first week or so … and then it goes away ... and that’s what’s so sad about it. It’s a generational effect for us," said Cohen.

The Cohens have until spring planting season to decide how and if they will rebuild.

When asked if they are thinking about giving up, Cohen said no.