She said she was pimped out for sex and beaten almost daily. 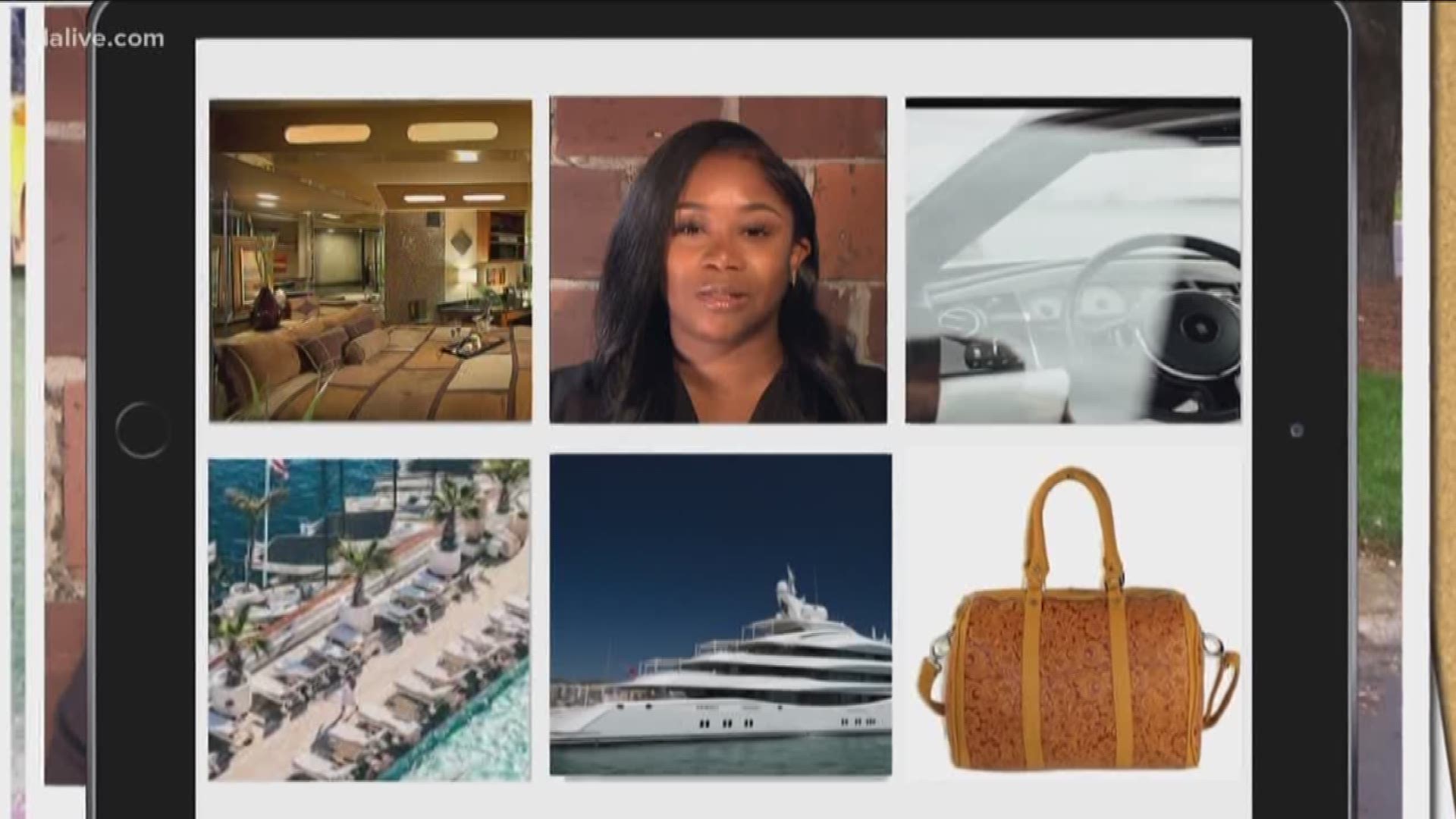 ATLANTA — Sierra Thompson had a picture-perfect life. A loving close-knit family who embraced her sassy attitude.

“She was always the life of the party, always dancing, always singing,” her mother Tisha Wiggins recalled.

“(We'd) Just pile up a whole bus. Literally the whole family,” Thompson said with a smile on her face.

But, in high school, the snapshots got a new filter.

“A switch flipped and she was a totally different kid,” Wiggins remembered.

Thompson was accidentally shot by a boyfriend.

“That definitely took a turn, and I went downhill after that,” Thompson said.

She dropped out of school and was soon enticed by the colorful lifestyle portrayed on Instagram, by one account in particular.

“She was posting numerous trips and money, and I wanted to know what she was doing. And then… he revealed himself,” Thompson explained.

"He" was a man, pretending to be a woman of leisure on social media. Thompson said she was catfished - lured by someone using a fake identity. But, she was intrigued and kept talking to the man, who eventually convinced her to travel from her hometown in Georgia, to Houston, Texas.

“(It was) The worst day of my life," said her Grandma, Faye Prather. "Like, Houston? For what?”

When Thompson arrived in Houston, she quickly found out what she would have to do to make the money and afford the lifestyle he portrayed on social media.

“Immediately when I got out there, I started dancing,” Thompson said. “The club that I was at wasn’t just dancing, you literally had to sell your soul to make the money you wanted or to meet his quota.”

Just 18 years old at the time, Thompson described the man, whose identity she chose not to reveal, as charming.

“He made you feel like he loved you,” she explained.

But, Thompson says he pimped her and other girls out for sex.

“We did what we were supposed to do," she stated.

But soon, she said, he started beating her.

“(I was) Literally getting beat, for things you couldn’t even imagine getting beat for, for no reason, or him making up reasons to beat you,” Thompson described.

She claims he even had cameras in his home, and would make her sit in certain spots so he could keep an eye on her. Still, Thompson stayed for three years, all the while her mother and grandmother tried desperately to get her back.

READ: Child, infant sex trafficking: It's like 'the Wild West'

Her family went to the police, but she was 18, an adult, so there was nothing they could do. And Thompson said she would have run back to him anyway.

“Brainwash is serious, and it’s a huge word when it comes to sex trafficking,” she said.

Finally, his brainwashing started to wear off, after the man she thought loved her got in an accident, broke his legs and arm, and depended on her to do everything for him.

But, that didn’t mean he changed his ways.

“His first time trying to walk (after the accident) was trying to beat me,” Thompson recounted.

Finally, Thompson realized this wasn’t love, and she was tired of the abuse. She stole his car, went to the airport and called her grandmother who would pick her up, the next day.

The now-22-year-old admitted, even after coming home, she went back to him for one weekend, but realized she couldn’t endure the abuse any longer and returned home again.

Since then, Thompson entered Wellspring Living, an Atlanta based non-profit helping women and children survivors of abuse, domestic violence and sex trafficking. She’s received her GED and now works as an administrative clerk with her eyes set on law school.

Still, her readjustment into a normal life is challenging. Thompson admits she has a hard time trusting or feeling comfortable around men. Her family says it’s hard to hear, and they think about what she endured.

“Even listening to music - you hear the lyrics. Even watching movies," Wiggins said tearfully. "It’s hard because she’s had to deal with that, and that’s tough.”

Thompson said she wants to share her story as a warning to others who may be enticed by lifestyles portrayed on social media. She also said, as the Super Bowl approaches, she wants women to stay vigilant, as she was also sold for sex at the 2016 Pro Bowl.

Her family had a similar warning but added - don’t ever think it can’t happen to you or your child.

“You think that you raised your child to be strong minded and to stick up for herself, but you realize that there’s another force out there, in her ear, in her head this entire time that’s pulling her back,” her mother warned. “And sometimes, no matter how hard you try, this is not going to end until she is ready for it to end.”

Thompson says her pimp is still out there and to her knowledge, is still taking advantage of women.