A man accused of shooting a police officer who actually shot herself is expected to speak out on Friday. 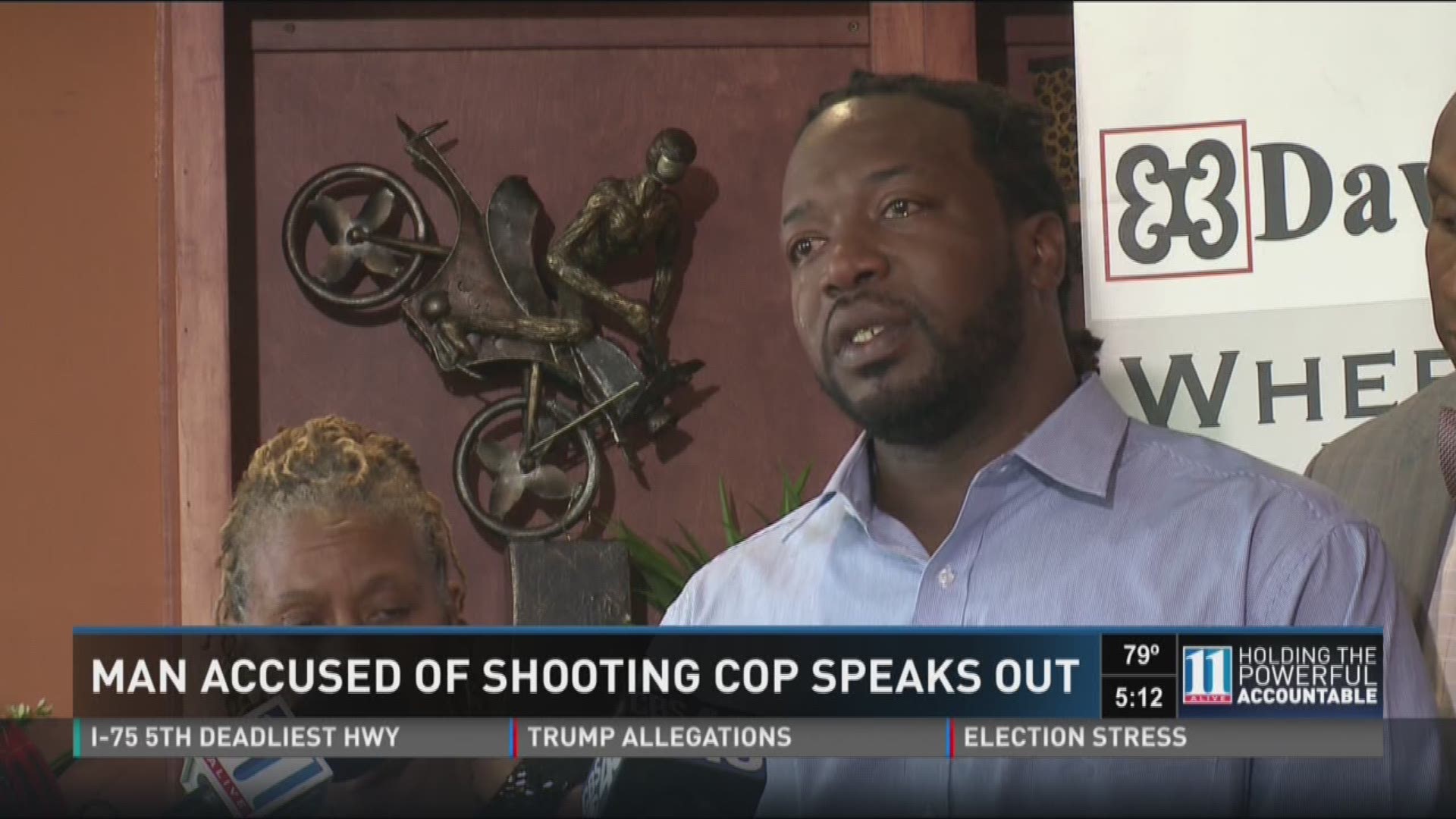 JACKSON, Ga. -- A man accused of shooting a police officer who actually shot herself said his life was turned upside after being falsely accused.

In September, officer Sherry Hall claimed she was shot in the abdomen. She said that a black man with dreadlocks in Jackson, Ga.

Rodreikus Scott was later detained and interviewed by Georgia Bureau of Investigation agents. Scott said he told officers that he had been out of town at the time of the shooting and that he was innocent. But he was told that Hall had identified him as the man who shot her. Scott was never arrested.

"I've never seen this officer a day in my life," Scott said.

A GBI investigation later determined that Hall shot herself with her department-issued firearm. Authorities said Hall lied about the incident and took her into custody.

"This is not a mistake. This is a criminal. I'm confident in the investigation conducted, and I'm confident in our prosecutor Richard Milam,” Butts County Sheriff Gary Long said at the time. “I believe her next stop with be the Georgia Diagnostic Prison and she'll have a lot of time to think about what she's done.”

Lawyers for Scott said he suffered harm from being falsely accused of a crime he didn't commit.

In an afternoon news conference with attorney Mawuli Mel Davis, Scott was tearful as he described being undressed and searched in front of his young daughter.

Scott said that his vehicle and home were both searched. He said that he found out that Hall was being charged by watching the news, and that Jackson authorities never reached out and apologized to him.

"It was hard for me to go places without people pointing me out," Scott said.

However, Jackson's police chief, James Morgan. told 11Alive's Kaitlyn Ross that he did apologize to Scott in person, and that his officers never interviewed him. He said that the GBI took over the investigation, and that other people who fit the description given by Hall had also been interviewed. He said it's standard police procedure to interview people in the area.

Morgan said that Hall had been highly recommended, and passed a physical and background check before beginning with the department.

Hall remains in jail facing four felony counts after she was denied bond.

Scott's attorneys said they have not filed a lawsuit yet, but said they want the city to come to them with a solution that will allow Scott to live in peace.

This shooting came in the height of unrest around the country due to fatal police shootings of unarmed black men.