MINNEAPOLIS - Two years ago, the Breyfogle's welcomed identical twin girls, Kendal and Kenedi. Challenges were expected, but at 3-months of age, a rare cancer diagnosis was not. 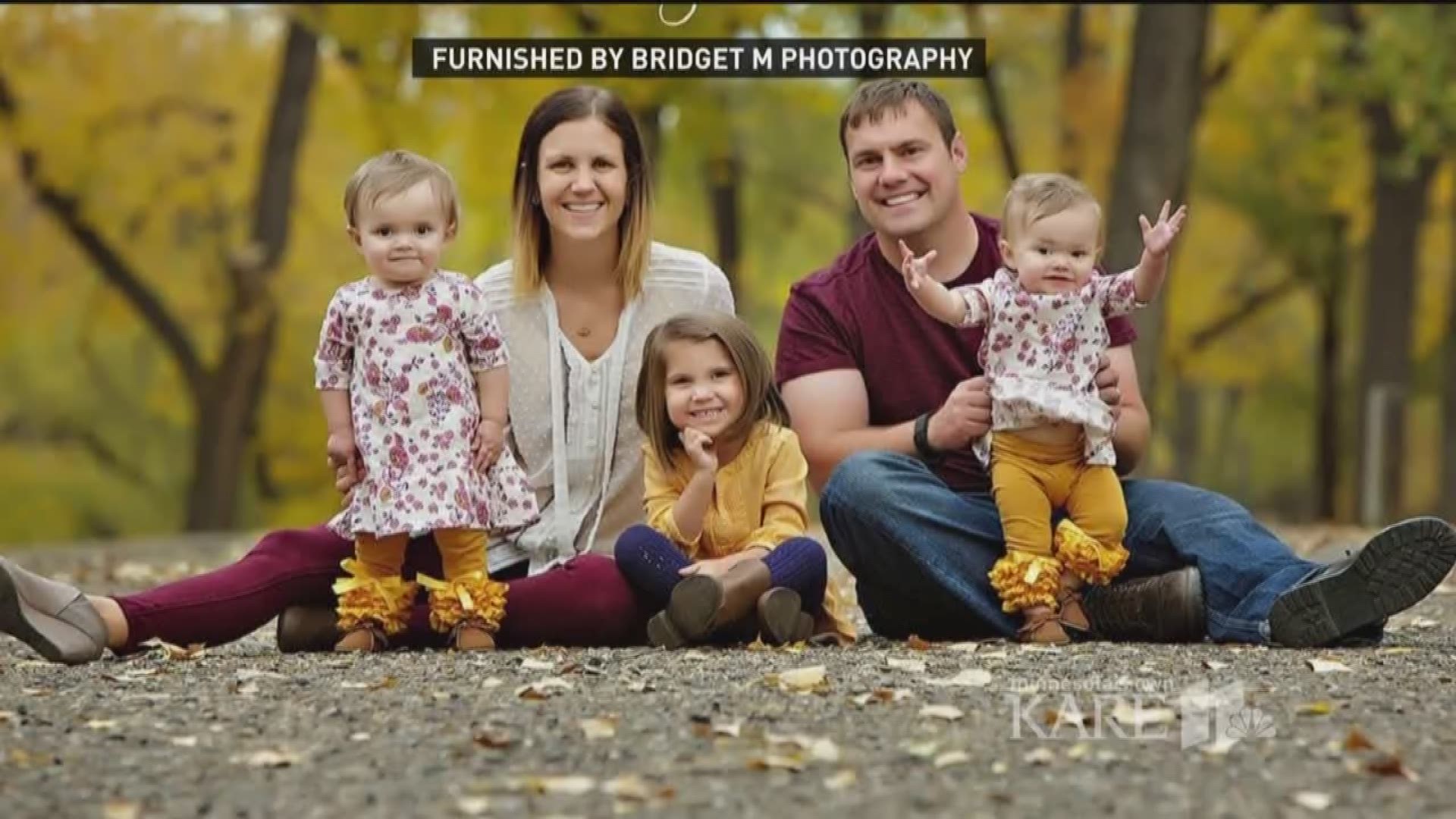 MINNEAPOLIS - Two years ago, the Breyfogle's welcomed identical twin girls, Kendal and Kenedi. Challenges were expected, but at 3-months of age, a rare cancer diagnosis was not.

"Having infant twins is ridiculously crazy. Having them in the hospital is even crazier," said Abby Breyfogle, the girls' mother.

She was looking for advice and support for "the crazy" when she heard about a Facebook group, full of twin moms, who have been through it all. What she discovered were generous strangers who wanted to sit with her as she watched the girls go through chemo treatments.

The treatments eventually led to remission. Kenedi remains cancer-free, but her twin sister Kendal is not so lucky. She had a relapse five months ago.

"It's worse than the initial diagnosis, relapse is," said Breyfogle. The prognosis for Kendal, is not good, as there is no cure for AML.

But the Breyfogle's are hopeful for a miracle in the form of a trial treatment for Kendal. Meantime, they plan to grant one wish for Kendal, which is a fun family trip with mom, dad, her big sister Teagan and twin sister Kenedi -- worry-free.

"It would be nice to have a family vacation where we don't have to worry about germs or medicines or being in the hospital or lines because the last 6 months that's all we've known," said Breyfogle.

A GoFundMe page was set up by a mom from the Facebook group and it raised thousands within hours. The money raised so far has allowed for the Breyfogle family to take a trip to Disney world this summer. Many other moms in that group have come up with creative ideas to raise money for Kendal, including selling t-shirts. Follow updates on Kendal here.