3 nursing staff were seen ignoring the veteran's cries. This is why one is charged with murder

Earlier this week, a grand jury indicted two nurses and an aide on numerous charges related to the death of James Dempsey, a decorated World War II veteran 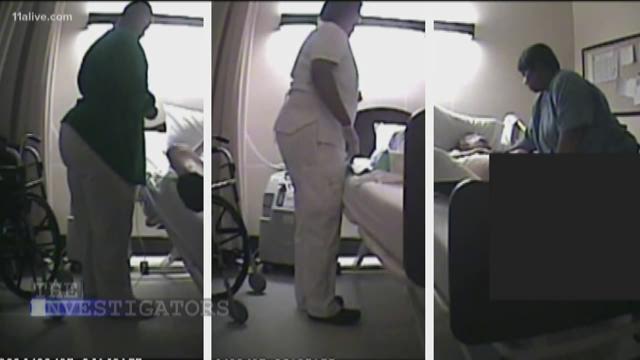 DeKalb County’s district attorney is explaining why a former nurse is charged with murder after the death of a decorated war veteran.

Earlier this week, a grand jury indicted two nurses and an aide on numerous charges related to the death of James Dempsey, a decorated World War II veteran. He died in 2014 while in the care of Northeast Atlanta Health and Rehabilitation.

Authorities launched a criminal investigation after an 11Alive investigation uncovered hidden camera video and court depositions of the nursing staff who responded to the 89-year-old. 11Alive obtained both videos in 2017 through public records requests after the family filed a lawsuit.

“We would not be able to prosecute this case without that video,” said DeKalb County District Attorney Sherry Boston. “And those videos in my mind leave no doubt as to what happened in this case.”

Boston said Agyeman is the only nursing staff charged with murder because she’s the only person to whom Dempsey articulated that he needed help.

“Based on those facts and circumstances, we believe that Ms. Agyeman is the most culpable,” Boston said. “She was aware that he was crying and asking for help and told him don’t press that call button again. She was the first to know and had the ability to bring life-saving measures and did nothing at that point.”

Boston said she thinks the charges will stand up.

“We would not indict the case if we didn’t think we had the evidence to prove it beyond a reasonable doubt,” she said.

The DeKalb County Sheriff’s office says the nursing home employees have not turned themselves in yet.

AND | Nursing assistant: We asked for more staff before WWII vet begged for help and died

Here are the charges and the possible sentence associated with each charge: