The list of industries allowed to reopen has many asking what is the logic behind it? Could unemployment numbers be the reason? 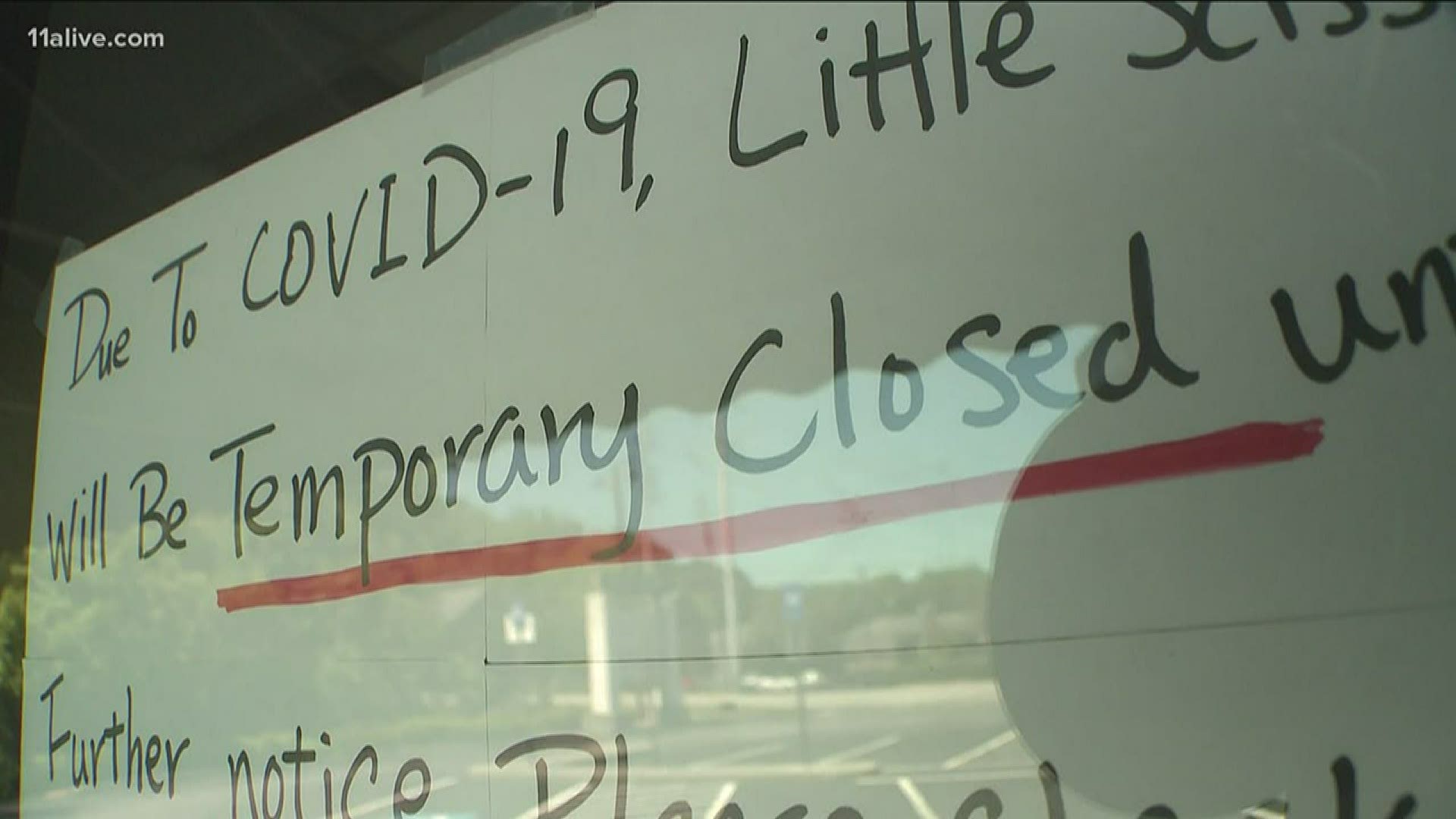 ATLANTA — John Gianoulidis wants more than anything to get back to feeding customers like he used to at his metro-Atlanta-based restaurants, Kafenio. The small business owner has lost a significant amount of his usual revenue to the coronavirus pandemic.

As a result, he has furloughed more than a dozen of his employees, even fronted some of them money to pay their rent and he is now working with a skeleton crew.

Despite all those measures, Gianoulidis says he does not plan to open his restaurants’ dining rooms on Monday -- despite Governor Brian Kemp easing the shelter-in-place restrictions that allow bowling alleys, gyms, nail and hair salons, among others, to open starting Friday, and restaurants to open Monday.

“I just don't think it's safe yet,” the restaurant owner explained. “I'd love to have the dining room filled but we're going to focus on the safety of our staff, myself and obviously my guests," said Gianoulidis.

He hopes his furloughed employees can keep getting help from the state in the meantime.

The Georgia Department of Labor (GDOL) reports that 1 in 10 Georgia workers is collecting unemployment benefits.

“Let’s say that, you know, this goes on for months and months, we roughly have about six to seven months of payments in our current Trust Fund,” GDOL Commissioner Mark Butler said.

That leaves Gianoulidis and many others wondering, is the move to reopen less about health and safety and more about pushing people off the unemployment rolls.

“No, that's absolutely not what we're trying to do,” Commissioner Butler said.

“And this was never even a thought as a matter of fact, way in the early part of this [pandemic], our thought was, we have to look ahead, what's going to happen when we start trying to restart the economy? And, one of the things that we worked with the governor's office on was increasing the income threshold that you can make, and still collect unemployment benefits," said Butler.

He also says employees can earn up to $300 dollars a week on the job and continue collecting unemployment in addition to the $600 a week in stimulus boost. For some, that could add up to $1,200 in gross income a week.

Butler went on to say, when it comes to unemployment, there is no pressure on businesses to re-open because of the governor's order. Unemployment insurance rates for businesses won't go up as they normally would if workers continue to file for benefits.

“So, we're actually actively encouraging employers that are opening back up to keep filing on behalf of their employees so they can take, you know, some of that pay home and also keep collecting on the state and federal benefits, but especially for the federal benefit, because all these folks have been damaged during this," he added.

RELATED: Social Security and Medicare funds at risk even before virus

Butler says even though the state’s unemployment reserves could dry up in about six to seven months should the current trend hold, there are safeguards in place to ensure benefits are still paid.

“We have the ability to borrow money from the U.S. Treasury, which is exactly what happened during the recession,” he said.

When 11Alive asked the commissioner whether workers can continue to claim "involuntary unemployment" if their employers open for business but they personally don't think it's safe to go in, the Butler says, yes and no. Employees should work out a solution with their employers. Otherwise, they have to file an individual unemployment claim.

“Now, there are certain rules and regulations where somebody should be allowed to collect unemployment…if you're somebody that has, you know, immune system issues or you've been told by a doctor that you need to quarantine or stay in place, you shouldn't be coming back to work. That's an exemption that's allowable. Or if you live with somebody that has immune system issues. Also, if you're over 60 years old, that's another exemption. And, if you have childcare issues because of COVID-19, because you know, you have school-aged children, that's also one too. So there's a lot of things that are out there, that they give people exceptions to the normal rules for unemployment," said Butler.

26 million have sought US jobless aid since virus hit