We’re finding out new information about the search for answers 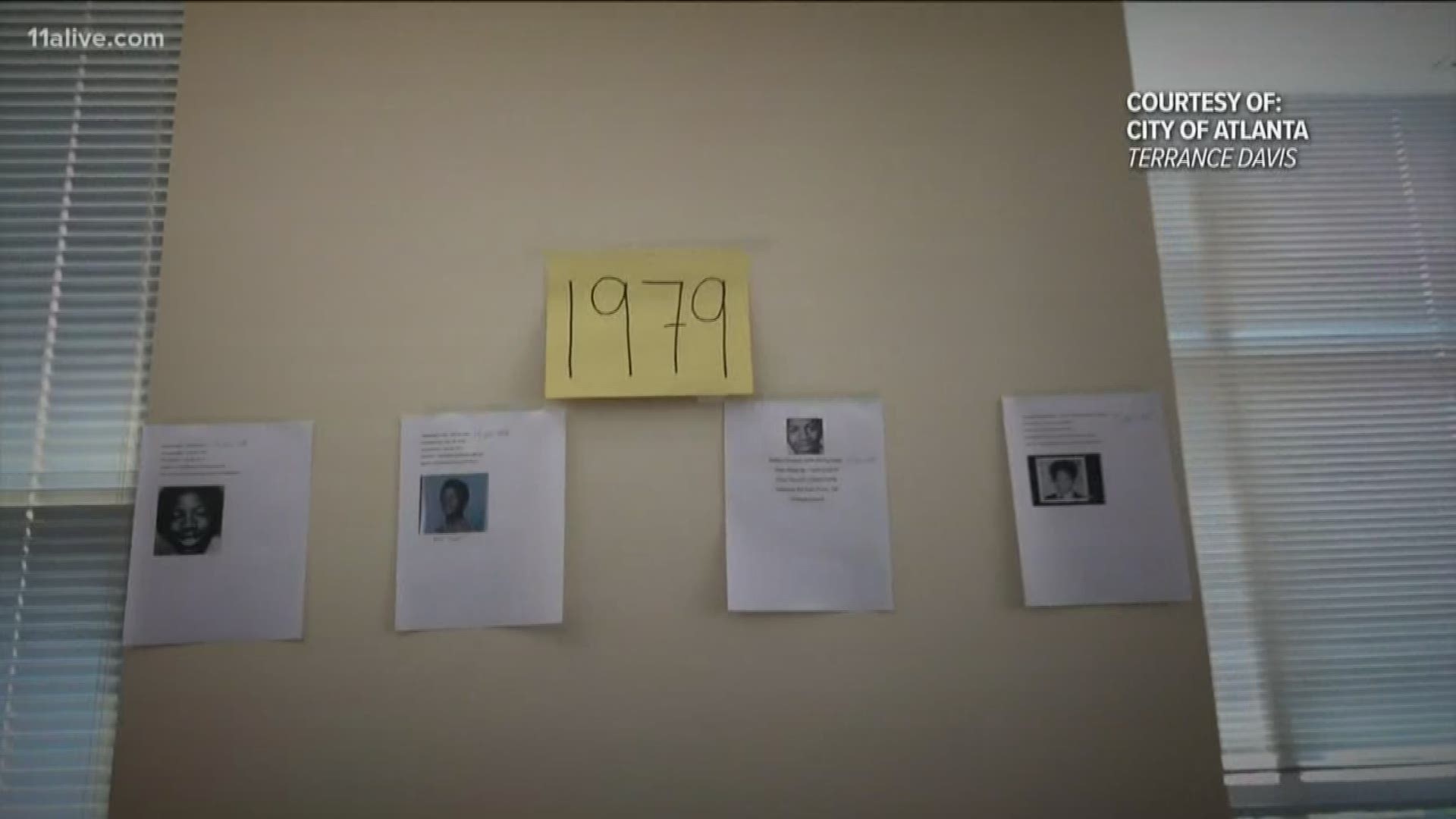 Three months after the announcement that investigators would start re-examining the Atlanta Child Murders case, we’re finding out new details about the 40-year-old case.

A spokesperson for the Atlanta police department said there are some cases that don’t appear to be the work of the same serial killer.

Two investigators assigned to the case have been digging through the homicide files and searching for any new evidence in these cases.

In the 30 cases being re-examined, 11Alive’s Neima Abdulahi was told that reviewing the case with fresh eyes has already yielded some results.

APD said they believe at least four cases could possibly not be linked to the murders.

“Specifically, the two female victims on the list do not appear to be the work of the same serial killer and do not fit the pattern of the cases involving male victims,” spokesperson Carlos Campos said.

Based on the case files, there were two female victims by the name of Angel Lenair and Latonya Wilson.

We also learned that patterns in two other cases don’t appear to match the rest of the Atlanta Child Murders cases.

Atlanta police is not disclosing the names of the victims in these cases.

“[We] need to emphasize that these developments do not mean there are suspects or arrests imminent in any of the cases. We are simply making the point that these four cases do not appear to fit the overall pattern of the missing and murdered cases," officials said.

In the evidence room, investigators are looking over boxes of evidence, reviewing new case files, the homicide log books, and they’re also organizing cases in order of when the murders happened.

In a recent interview, mayor Keisha Lance Bottoms explains that the police department is tasked with going far beyond 1979 for any new leads that may pop up.

“As we are looking at the evidence in this case, the Atlanta police department has gone back to 1970 all the way to 1985, mayor Bottoms said. “To make sure even the list that we come to know as the missing and murdered children list is a comprehensive list."

The longtime suspect Wayne Williams has been accused of killing the children but was never convicted for the murders. He is currently serving a life sentence for the murder of two adult men. He maintains his innocence in the Atlanta Child Murders.

How investigators hope to solve the Atlanta child murders