The interview, which lasted more than an hour and a half, Wallace described meetings with Long, family of the victims, and her legal reasoning regarding the case. 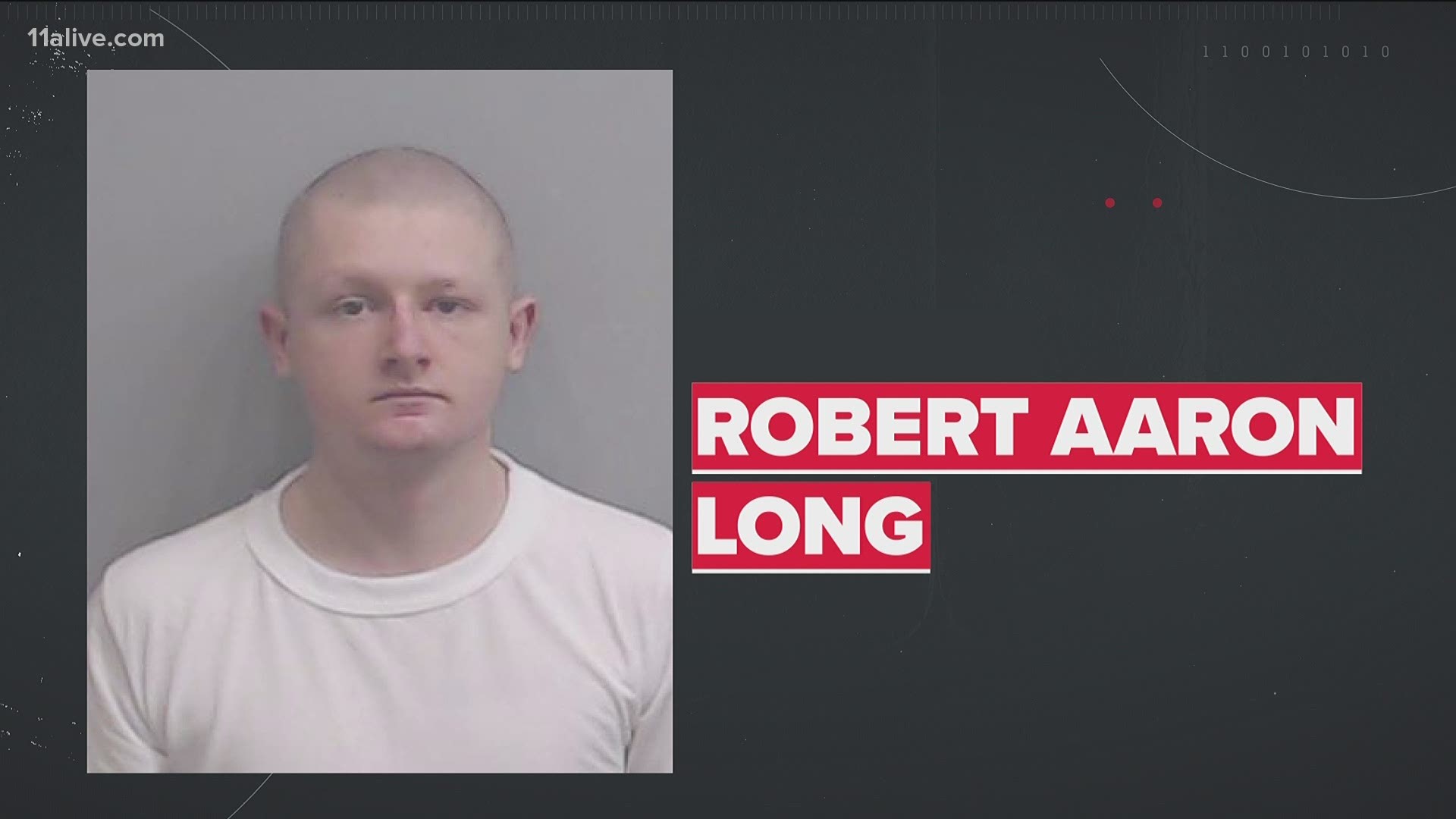 CHEROKEE COUNTY, Ga. — Cherokee County’s top prosecutor is providing new details about what lead to the swift guilty plea that will put a mass murderer behind bars.

In an exclusive interview with 11Alive News, District Attorney Shannon Wallace spoke with Reveal Investigator Andy Pierrotti the day after a judge sentenced 22-year-old Robert Long to life in prison for the murder of four people and nearly killing another inside at an Acworth Asian massage spa on March 16.

The interview, which lasted more than an hour and a half, Wallace described meetings with Long, family of the victims and her legal reasoning for not filing a notice to pursue a sentencing enhancement available through Georgia’s new hate crime statute.

Wallace said she and her office were notified within minutes of the shooting.

“We found out immediately. When the call comes out about any death in the county, we get the emergency 911 emails. So, we found out when law enforcement found out,” said Wallace Wednesday morning.

Less than a month after Long’s arrest, his court-appointed defense attorney called Wallace in hopes of reaching a plea deal soon. The agreement didn’t happen immediately. Wallace said she and her team spent weeks meeting with victims and the families of the deceased to share all of her office’s legal options, which included the death penalty.

The victims include Delaina Ashley Yaun, 33, of Acworth; Paul Andre Michels, 54, of Atlanta; Xiaojie Tan, 49, of Kennesaw; Daoyou Feng, 44 and Elcias Hernandez-Ortiz, who was shot in the face and survived.

Wallace said the decision to recommend life in prison to the judge was unanimous among all the families.

“Part of how we operate with our victims. We don’t give offers in this circuit without sitting down with our victims without getting their thoughts and opinions,” said Wallace.

Long’s 23 charges did not include Georgia’s new hate crime legislation. According to Wallace, local and federal investigators did not find evidence proving Long was specifically motivated to target Asian Americans – no social media posts, journals, or racist jokes.

“The fact that there were eight victims killed, and six of them were Asian women, for some people that’s enough. They’re like, 'that’s beyond a reasonable doubt,' but it’s not,” said Wallace.

“It’s not that he didn’t have hate or he wasn’t racist. I don’t know the answer to that. I can’t be concerned with that. I am lawyer and I deal with evidence. If I don’t have the evidence to present in court, I am ethically prohibited from moving forward with a case," she said.

"And, I can think all day that somebody committed this because of hatred toward Asian Americans, but if I don’t have actually evidence, there’s nothing I can do about it,” said Wallace, who has lead the district attorney’s office since 2012.

Wallace said she couldn’t have charged Long with a hate crime in the indictment because the statute is not a separate criminal offense. It’s an enhancement, which would have only required a judge to sentence him to a mandatory two years.

In Long’s case, he was already sentenced to life in prison without parole.

Some Asian American groups still hoped Wallace would have applied the enhancement as a symbolic gesture to help validate credible safety concerns following an increase in hate crimes in their communities over the past year.

Wallace doesn’t discount their fear, but from a legal perspective, it didn’t make sense to apply the enhancement.

“Especially with a new statute that there is not a lot of case law on, that if we put that on the sentence and the law was invalidated and found to be unconstitutional, that could affect the sentences on the murder charges,” said Wallace.

If Long’s case did go to trial, though, Wallace intended to pursue sentence enhancement based on bias toward women.

“He wasn’t even looking at them as if they were humans. He’s treating them as targets,” said Wallace.

Watching Long’s interviews with law enforcement, Wallace described him as cold. She met with Long in-person prior to Tuesday’s hearing. She said his description of killing the women was matter of fact, but he did appear remorseful.

Long did not apologize to the families in court. When the judge gave him the opportunity to offer any final thoughts, his attorney told the judge that he advised his client not to further speak due to his pending case in Fulton County.

Credit: AP
Robert Aaron Long sits in Superior Court of Cherokee County in Canton, Ga., on Tuesday morning, July 27, 2021, before pleading guilty to murder. Long, accused of killing eight people, most of them women of Asian descent, at Atlanta-area massage businesses pleaded guilty to four of the murders. He was handed four sentences of life without parole. (Ben Gray/Atlanta Journal-Constitution via AP, Pool)

According to investigators, Long’s parents installed an app on his phone called, “Find My Kid,” that ultimately helped officers track him down. Long’s parents told law enforcement that their son had long suffered from sexual addiction.

Leading up to the shooting, Long lived with a friend after his parents kicked him out of their home when they discovered through the app he had visited a massage parlor.

“It’s unusual for a 21-year-old single male to not have a social media account, to allow his parents to put a tracking device on him, to go to a flip phone because he’s trying not to look at pornography,” said Wallace when asked how his shame impacted his decision making.

Fulton County District Attorney Fani Willis has said she plans to move quickly once the Cherokee County hearing is complete and plans to seek the death penalty.