Police say it does not appear the suspect had any criminal background. He bought the gun used in the shooting legally, according to investigators. 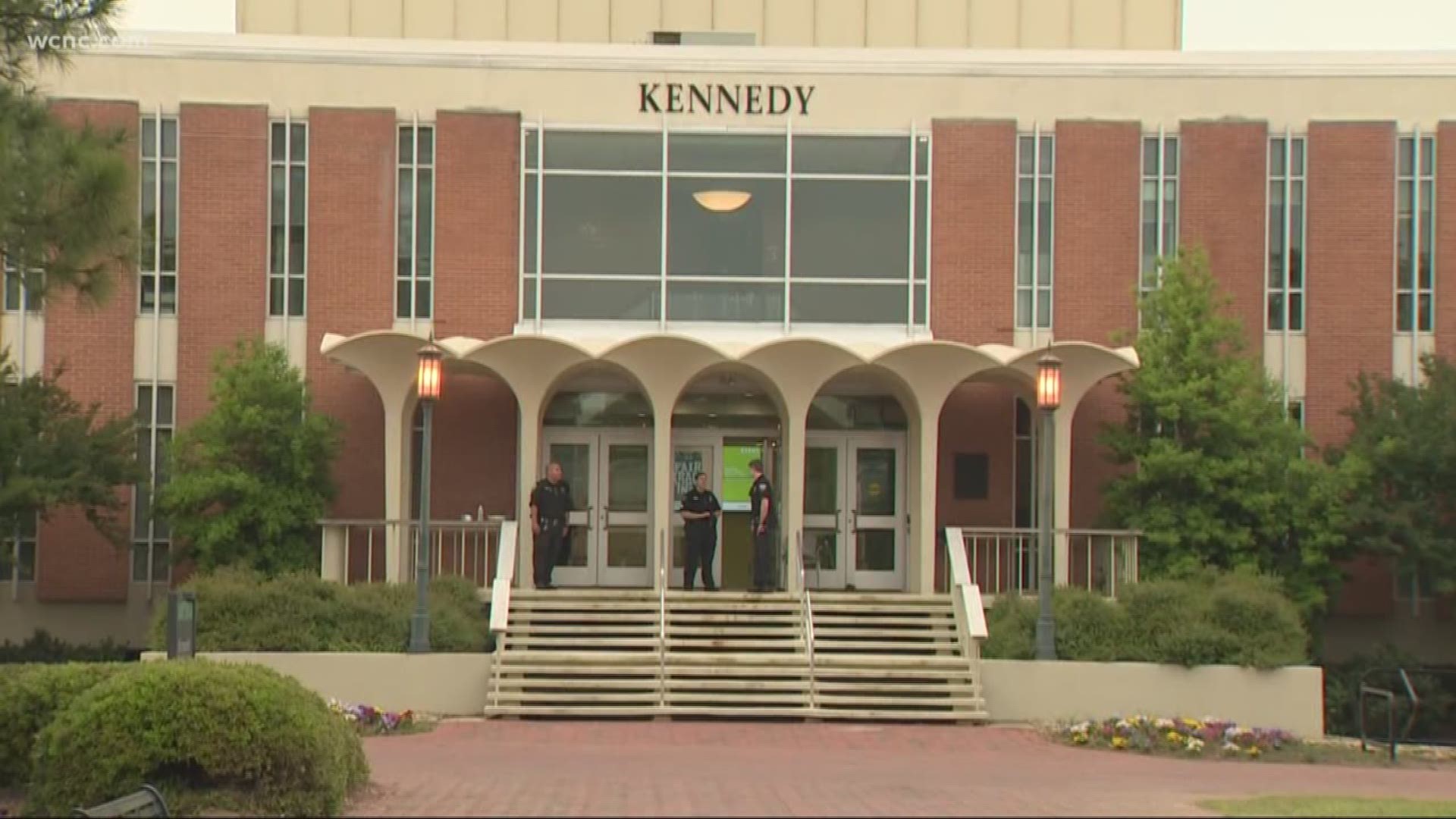 CHARLOTTE, N.C. — New details are emerging about the suspected active shooter on the campus of the University of North Carolina at Charlotte.

On Wednesday, Charlotte Mecklenburg Police Chief Kerr Putney said the shooter, 22-year-old Trystan Andrew Terrell, intentionally targeted the building where the shooting happened. However, police say the exact motive is not clear at this point.

Chief Putney also said one of the most troubling parts is that there were no warning signs. Other law enforcement sources described the shooter like a “ghost” because of how he went under the radar.

“Unfortunately, this is an incident that really strikes a chord with us all because we can’t really discern the why just yet," Chief Putney said. "It really appears there was no specific person, and the randomness is what’s most concerning."

Police say it does not appear the suspect had any criminal background. He bought the gun used in the shooting legally, according to investigators.

Police say he intentionally targeted the building where the shooting happened.

A witness posted on Facebook, saying the shooter fired shots in her direction, hitting three classmates of hers. According to the police report, the shooter did not know the two people he killed.

“We know there was some familiarity with that building in particular, beyond that I can’t really get into specifics, the choice of that building was by design, [it] was intentional,” Chief Putney said.

Officials say the shooter is from Dallas, Texas. He was a history major but dropped out this semester. According to an online obituary, his mother passed away in 2011.

While police have not determined a motive, Chief Putney suggested that the shooter may have been inspired by past shootings.

“Unfortunately there are people who want to replicate stuff like that,” Chief Putney said.

NBC Charlotte talked to a resident of the apartment complex where the suspected shooter lives.

The resident provided an email from the apartment management, which said that CMPD executed a search warrant on Tuesday evening in connection to the investigation.

The suspect is now facing 12 charges, including two counts of murder and four counts of attempted murder. He’s being held without bond and is expected to have a court appearance Thursday.

How UNCC Police took down the campus gunman