An 11Alive investigative series uncovered claims of wide-spread discrimination at the Centers for Disease Control and Prevention. An unprecedented number of CDC employees came forward with details about their complaints, typically kept secret, because someone at the agency disclosed a list of nearly every employee who filed one over the past decade to 11Alive Investigator Andy Pierrotti. 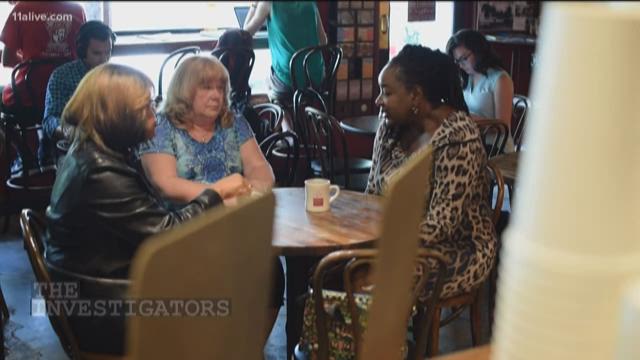 Multiple CDC employees claim their supervisor retaliated against them after filing age discrimination complaints over the past few years. It involves multiple women inside the agency’s human resources department.

An 11Alive investigation uncovered the agency conducted a study nearly two years ago to identify what happens to to employees after filing complaints, but the CDC declined to release details of the findings.

Corrine Arredondo is of one of four CDC employees with pending age discrimination complaints against the agency. The 59-year-old has no plans to slow down working at the CDC, where she’s been since 1998.

She’s won multiple awards during her CDC career and was even once nominated for employee of year. About two years ago, her supervisor recommended her for a promotion. Her former director, Darrel Hughes, asked to meet.

Arredondo claims Hughes told her that wasn’t an option and said she should plan to retire sooner. After that, Arredondo did not get the promotion. When she saw younger, less experienced colleagues advance, she filed an age discrimination complaint against the CDC.

Hall claims Hughes refused to provide training for a new position the agency assigned her. “His solution to me was, maybe you should just go ahead and retire, and I said, 'No, that’s not something I want to do right now.'”

Bragg claims when she asked to discuss a potential promotion with Hughes, the conversation went nowhere fast.

“It went like this: 'Well, when are you going to retire?' 'Well, I don’t know.' 'Well, when do you plan to retire?' and from there, it kinda went downhill,” Bragg recalled.

"I have never discriminated against anyone,” he said.

Hughes said the meetings were set up to discuss more than potential promotions. He said the women misinterpreted his attempt to inform them about their retirement options.

"I understand what age means," he said. "I’m probably the oldest person in my division… so, no I never discriminated against anybody based on age.”

Despite that, CDC leadership was warned about similar claims of retaliation in the past. A 2015/2016 diversity report shows agency employees complained “harassment and bias continue to exist at an unacceptable rates.”

In 2016, the CDC conducted a study to examine employee discrimination and what happens after an employee files a complaint. When the 11Alive Investigators requested a copy of the study’s presentation, shown at a conference, the agency provided 18 redacted pages, eliminating all parts showing the outcomes of the study.

“I think it says they have something to hide,” Bragg said.

“I think when you ask for reports that are related to EEO information, we have to be very mindful and careful of the information we release to ensure the that we maintain privacy and confidentiality,” he said.

Meanwhile, 11Alive learned Hughes retired a few months ago with full benefits. Arredondo feel’s he skirted accountability for his actions.

“I think it makes the supervisors feel that they can continue to get away with it,” she concluded.

Part I: The Disclosure: An unprecedented number of CDC employees come forward with details about their complaints of discrimination.

Part II: Disability Discrimination: The CDC admits it breaks the law by not providing accommodations for its most vulnerable employees.