The state sent several letters ordering the program to stop taking clients - two after fatal drug overdoses. But it never closed its doors, and there is no indication an inspector ever went back out to ensure that it did. Why more programs like it may be lurking. 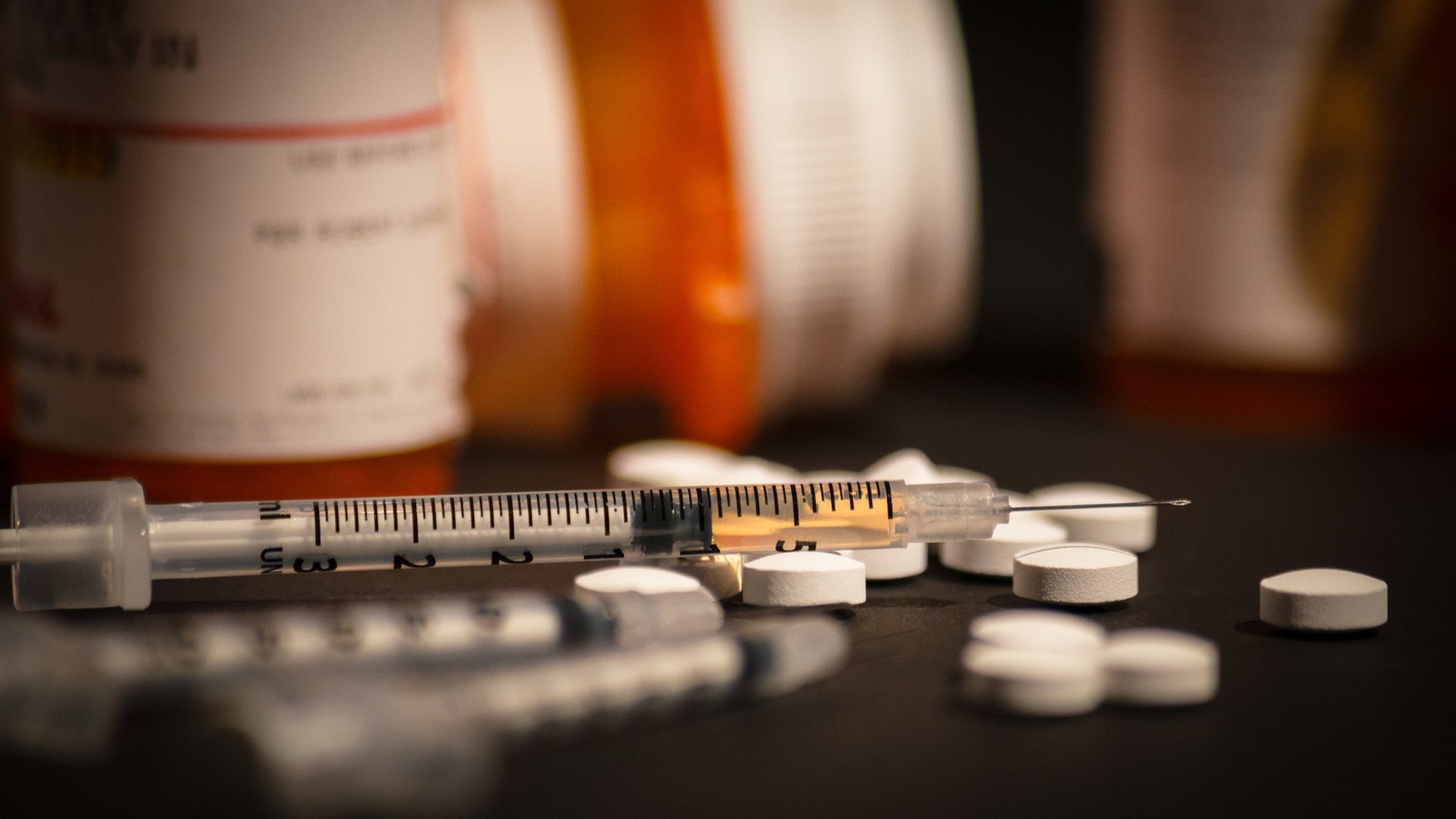 In Georgia, just as many people die from a drug overdose as they do car crashes.  The CDC reports in 2017, more than 1,537 died from an overdose, a staggering 10-percent jump from the year before.

Whether its pills, meth or cocaine, the number of people struggling with addiction keeps rising, but the number of treatment facilities and oversight needed to ensure those facilities are following the law – has failed to keep pace.

The Department of Community Health, DCH, is responsible for licensing DATEPs and ensuring they follow state rules and regulations.  DCH has five surveyors for the entire state to inspect license applications and follow up on complaints. Despite the growth in substance abuse, the department has not received any additional funding in the past five years to hire more surveyors, nor has DCH asked.

Louana Wheaton finds it infuriating our state is not more aggressive about shutting down unlicensed facilities, or at least helping them deal with deficiencies so they can operate legally.

Chad’s mother, Louana Wheaton, beams with pride as she thinks about her son standing on the baseball mound.  In high school, Chad was a rising star, younger than most of the students on his team.  But his success came paired with parties, and parties led to drugs.

His chance at a baseball career was over, but Wheaton still fought for her son to have a life. So she sent him to a drug treatment program in Arizona. For more than a decade, Chad remained drug free.

But in 2016, Wheaton began to suspect Chad was abusing drugs again. The family tried on their own to get him off meth.

“Coming down off meth is something no grandparent should have to watch,” said Elaine Monroy, who allows Chad to live in her basement apartment. “He was horrible. He was violent. He was breaking things.”

RELATED: Inside the Triangle, the original investigation

MORE: The Triangle is growing

When it became clear Chad would again need professional help, Wheaton and her mother went online and found Discovery House in Duluth, Georgia. They assumed if the drug treatment program was openly advertising on the web, it must be licensed.

“They detox him and he gets massages and there’s meditation and there’s tai chi and all kinds of things in the beginning to get his body down to where it’s supposed to be,” Wheaton explained. “Then with the counseling and the meetings, it would tear him apart to find out what makes him tick.”

But Wheaton says after three weeks in the program, Chad had yet to receive many of those services. Instead of tai chi, he was sitting in his room bored. His mom says he bought some paint to fix up the deck railings and even trimmed the bushes, just to have something to do.

She also started to have concerns about the structure of the program. In Chad’s first rehab facility, the family was not allowed any contact for 30 days. Discovery House also claims clients don’t get access to their phones or cars until the end of the program, but Wheaton says Chad had his phone after a few days and was given permission to go home and get his car after two weeks.

But her real concern came when one of Chad’s roommates returned to the apartment high.

“They brought in a third guy and he was just whacked out. He wasn’t clean,” recalled Wheaton. According to her son, the roommate, “went out, he got high and he came back so wasted he’s falling in his food. He cannot sit up at the table.”

When it happened again, Wheaton says she called the treatment facility and asked for a meeting. Instead of hearing why the program had failed her son, she was told her son was failing the program.

“Chad’s uncooperative, he’s belligerent, he walks in and out of here like he owns the place,” she recounted.

Darrell Hall, the founder and CEO of Discovery House, didn’t want to talk about Chad’s case. The family filed a civil lawsuit in Gwinnett County, and Hall has been court ordered to refund part of their fee.  But he did welcome the opportunity to defend his program.

Hall says nearly 1,100 people have gone through the program at Discovery House and offered us testimonials of those who say it has forever changed their lives.

“You can walk into the best restaurant in Atlanta and you can be the one who the steak is under cooked and the waiter took forever to get to you. But you don’t rate the whole restaurant on that one steak meal,” said Hall.

But Chad’s isn’t the only complaint.

Before Discovery House received its license in June 2018, the program had operated without one for seven years.  In that time, the facility received four letters from DCH, ordering it to stop taking clients, at least two of those letters were triggered by a fatal drug overdose at the facility.

But Discovery House never closed its doors, and there is no indication in the paperwork provided to 11Alive as part of our open records request, that DCH ever sent an inspector back out to the facility to ensure that it did.

Hall, Discovery House's founder, says DCH consistently misunderstood his program, pointing out that treatment programs for alcohol addiction don’t require a license, nor do businesses that merely provide housing for those recovering from drug addiction.

DCH continually argued neither of those cases applied to Discovery House, pointing to the facility's own literature on services offered.

The state did file a lawsuit in the spring of 2018 on behalf of DCH, but it was dismissed weeks later.  Hall says that’s because the state failed to show up in court for the hearing.  Court records indicate, however, the case was dismissed because deputies couldn’t find Hall to serve him with court documents.

Hall did try to get a license in 2014, but it was denied. DCH never gave a reason in its written notification, but Hall believes his name was blacklisted because of his earlier association with Narcanon, a drug treatment program banned from operating in the state.

A DCH spokesperson said the application was denied, because of the earlier cease and desist letters.

Eight months after his 2014 application was denied, a client died of an accidental drug overdose.  In his room, police found prescription pill bottles with the names of people no one in his family or the program seemed to know.

AND: What is The Triangle?

In November 2015, another client died. And two months after Hall received his third letter, ordering him to close the facility, a staff member died of a drug overdose.  According to the police report, the needle was still in the man’s arm when Hall found him.

“He was a complete shock,” Hall admitted.  “He had been clean and sober for a long time, years I believe.”

The staff member's brother, Michael, says it shouldn’t have been a surprise. His brother always lost weight when he was on drugs. Michael had not seen his brother in months, but says those living beside him should have noticed. He shared with Lindstrom pictures of his brother before he moved to Georgia, and one taken just days before he was found dead.

The string of deaths prompted Duluth police to file their own complaint with DCH.  Despite their concern, DCH didn’t go back out to Discovery House to investigate until six months after the complaint was made.

DCH says there is no mandated response time for investigations of unlicensed facilities. Even after investigating, DCH’s only response was to send yet another cease and desist letter.

When DCH did finally approve the program’s license, Hall filed the application under the new name, Recovery Works.  He also changed the program address from the apartments where clients lived, to the office where meetings were held.  He removed his name altogether and instead licensed the program under psychiatrist, Jeffrey Rausch.

At the time, Dr. Rausch himself was being treated for substance abuse. He had received back his medical license, on probation. According to the Georgia Composite Medical Board, Rausch was convicted three times for drug possession and spent six months behind bars.

The program leans heavily on those who have faced addiction in their own life, to help counsel and guide those now struggling to live a life without heroin, cocaine or opioids.

“We do good work here. We do it for the benefit of the public," Hall argued emphatically. "You could try and close us down and the state could come in now and try to yank our license and tell us what we’re doing is wrong, but what we’re doing here is helping people. You really have to look at the big picture."

11Alive was able to speak with another family one of the men that died who did not fault Discovery House. Linda Nuszen's son Adam died while being treated there. She says Adam went in under duress, and that the program did all it could to help.  After his death, Adam’s family started the Look Up For Adam foundation, to remind people not to let life pass them by.  The foundation also raises money to support families with a loved one addicted to drugs.

DCH responded to 11Alive’s written questions about specific aspects of its licensing process and fulfilled our open records request, but both the Commissioner and head of facility regulation have refused to talk with Lindstrom about the challenges of licensing and treating substance abuse.

DCH says surveyors must respond within two days if it receives a complaint alleging serious harm or death – if the facility is subject to federal regulations. There is no mandated response time for programs only subject to state licensure rules, or unlicensed facilities.

Wheaton says it’s time for accountability. She doesn’t understand how a facility is denied a license for years, and then gets one simply by changing its address on the application, which is the reasoning behind the approval given to Lindstrom by DCH.

“I watched two people in their 70’s, now 80, dig in to their savings thinking we’re going to help Chad," Wheaton said. "The money’s gone and Chad’s not fixed.”

Meanwhile, DCH’s GAMap2Care, a search tool designed to connect families with licensed programs in the state, doesn’t list either iteration of the program - Discovery House or Recovery Works.  The only way Lindstrom was ever able to confirm Hall’s program had a license, was through an open records request, which took two weeks to obtain a response. It seems a burdensome process for a family that might be in dire need of care.

A spokeswoman for DCH said the department was experiencing some issues with GAMap2Care and offered to send a list of licensed DATEPs.  With no disclaimers to that effect on the page, Lindstrom wonders how anyone in the community is expected to know.

Wheaton says after that meeting with Discovery House, her mom borrowed even more money to enroll Chad in a different rehab program. Tears fall down her face at the mere question, “Does he seem different?”

Why? “Because I see him better.  And I see him go to meetings every night. Nobody has to put a gun to his head, nobody has to ask him.”

MORE: News on The Triangle