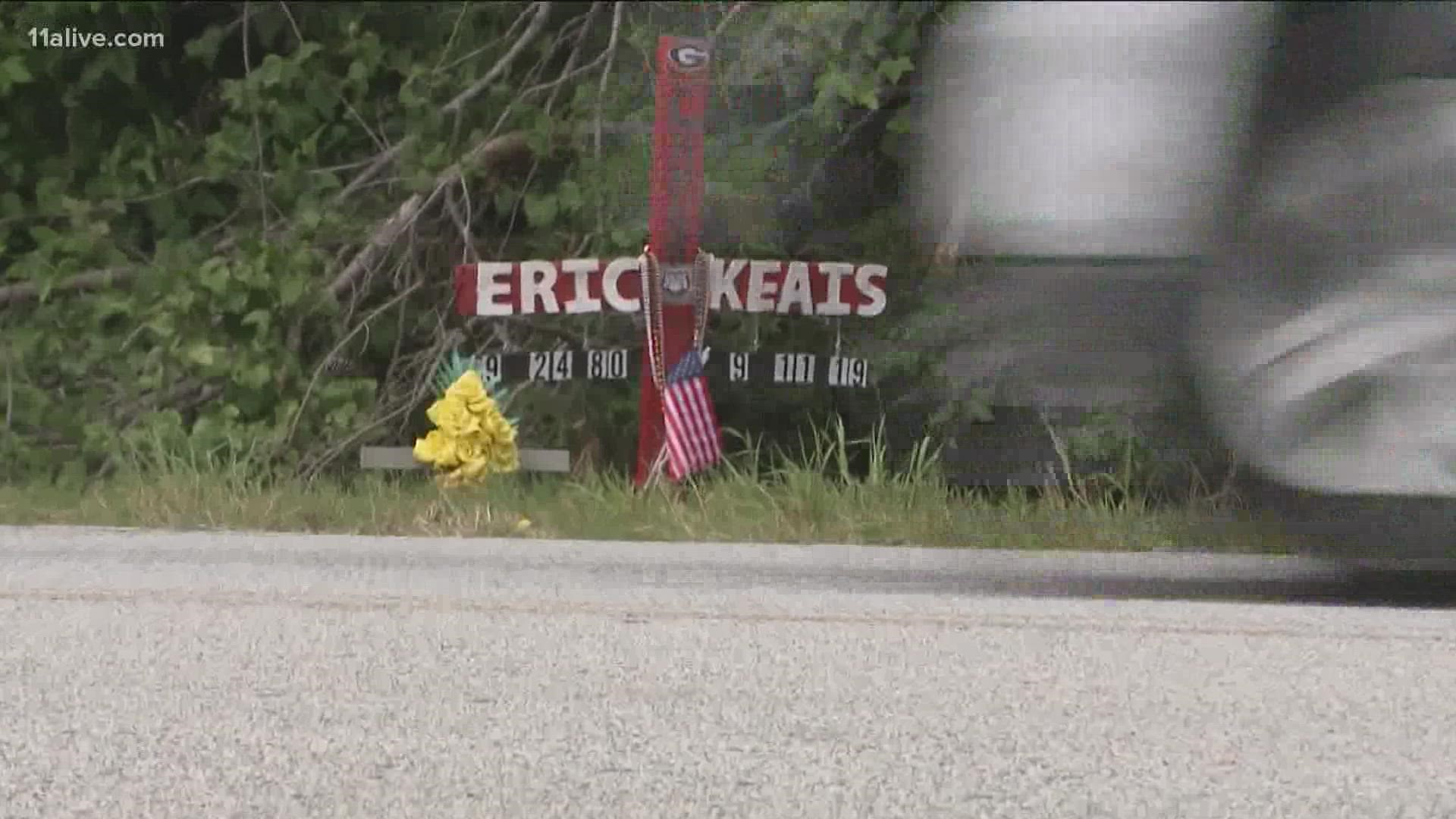 ATLANTA — The father of a bicyclist who died following a hit-and-run crash in Georgia has filed a wrongful death and civil rights lawsuit against the driver, as well as against a state House member and a police chief who the father claims caused his son’s death by not reporting it right after the collision.

The federal lawsuit by Manfred Keais was filed Sept. 13 in federal court in Rome, seeking damages in the Sept. 11, 2019, death of Eric Keais.

Ralph “Ryan” Dover III is accused of hitting Eric Keais that night in the northwest Georgia town of Cedartown with his SUV. Instead of calling 911, he called his friend, state Rep. Trey Kelley. The Republican official, in turn, called Cedartown Police Chief Jamie Newsome at home, according to authorities. An officer was sent to the area, unaware that someone may have been injured, and eventually found Keais lying in a ditch, gravely wounded. Eric Keais died from his injuries soon afterward.

“Defendants Dover, Kelley, and Newsome conspired to cover up the seriousness of the hit-and-run by manipulating the police investigation,” the lawsuit states. “These defendants acted in concert to put Mr. Keais’ life in further jeopardy by recklessly and intentionally delaying and depriving him of lifesaving medical treatment.”

Manfred Keais also sued the city of Cedartown and its police department. He is demanding money damages, as determined by a jury, for pain and suffering, medical and funeral expenses, and compensatory and punitive damages.

"The family is still grieving and very much in a lot of pain and agony," said Manfred Keais' attorney, Min J. Koo of Atlanta, on Thursday. "No one has been held accountable. No one is above the law. Eric should be alive and living with us today with his family. His life was taken away by these people, and they need to be held accountable."

The City of Cedartown's attorney emailed 11Alive on behalf of the City, the police department, and Chief Newsome: "The city and Chief Jamie Newsome are aware of the case recently filed by the Keais family. Since the litigation is pending, we cannot comment on it, other than to say that we deny the material allegations in the complaint and will be defending against the same."

Trey Kelley is a Cedartown resident, an attorney in private practice who, in the Georgia House, represents all of Polk and parts of Floyd and Haralson counties in northwest Georgia. Kelley was indicted in December on a misdemeanor charge of reckless conduct, which alleged he wrongly didn’t report the crash. Dover has been indicted on charges of felony hit-and-run and misdemeanor reckless conduct

Kelley’s lawyer, Lester Tate, said his client “completely” disputes the allegations. Kelley told police that night he wasn’t sure whether Dover hit a person or a deer. He has said he cooperated with police.

“I am confident that Rep. Kelley acted in full accordance with Georgia law,” Tate wrote in an email Thursday. “He had no knowledge or legal duty that required him to do anything more than what he did.”

Kelley has asked a judge to throw out the indictment against him. But a judge has yet to rule on a motion to quash, a motion that has been pending since July.

Kelley this year stepped down from his post as House majority whip after he was indicted and his wife filed for divorce.

The lawsuit also claims that Kelley used his political office to “obtain an improper personal favor” and accuses Newsome of violating the department’s procedures.