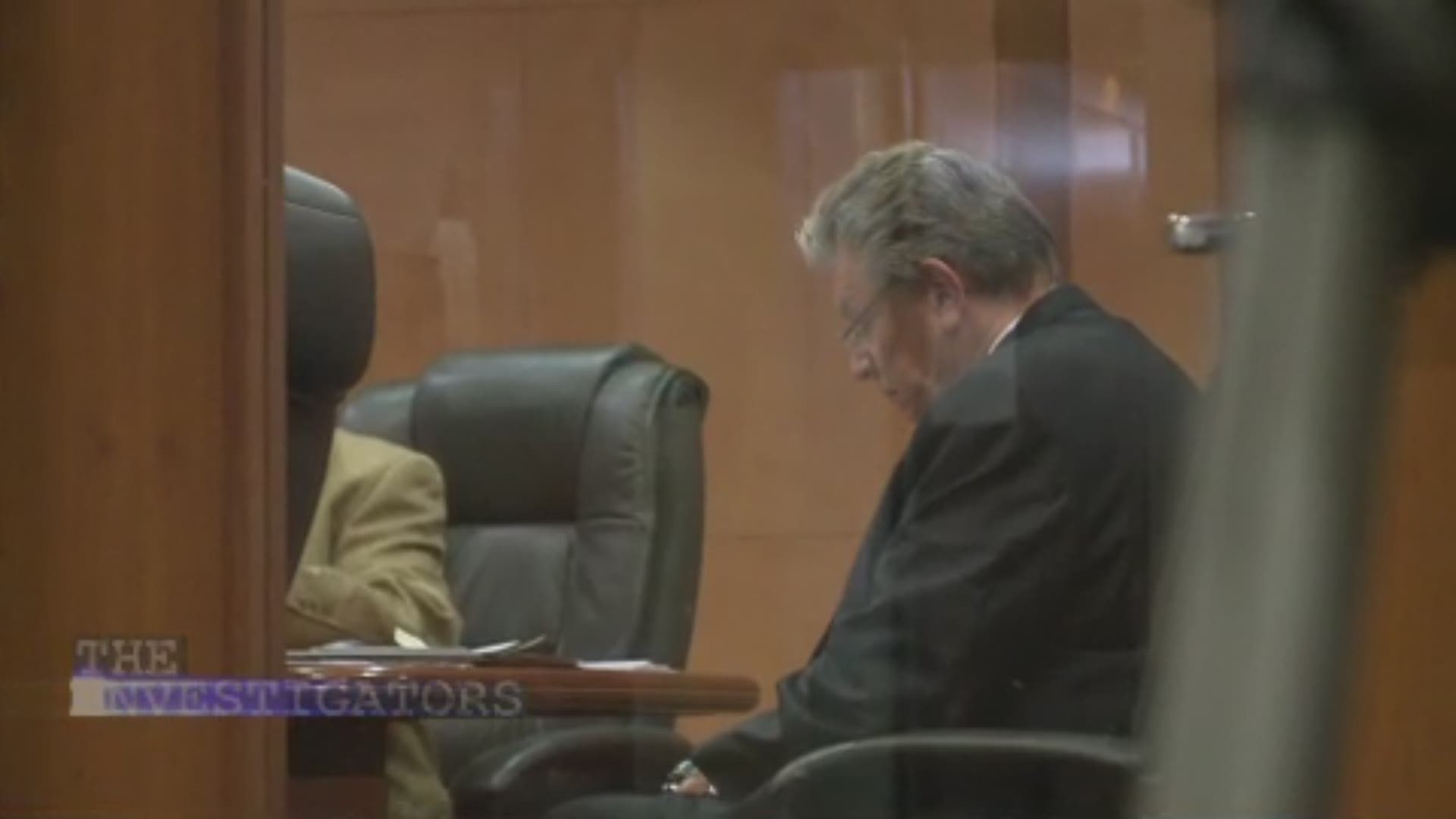 Last Thursday, the Tax Assessor’s Board voted to terminate Fitzgibbon.

A county vendor provided wrong numbers and delayed property tax bills from going out in July. County board members blamed Fitzgibbon's office for not finding the problem sooner and for stalling operating budgets across the county.

Fitzgibbon said the error can be blamed on a county vendor's software that miscalculated tax rates and took time to be corrected.

"The bills went out later this year because of the problem. The problem was not our problem,” Fitzgibbon said.

But several county commissioners disagree. Chairman John Eaves says it is Fitzgibbon's office that should have been on top of the issue -- that it's a core function of his job.

“This mess that we got ourselves into should never happen again,” Eaves said.

The situation has stressed out many municipalities who count on incoming tax money to operate. Bills went out Thursday -- nearly two months behind schedule.

"You're talking about the lifeblood of government," Eaves said.

Prior to Thursday’s meeting, Eaves and at least two other commissioners had been calling for more accountability on the big mistake. Especially after giving Fitzgibbons a requested pay hike in May, when the assessor's earnings were set at $170,000 a year.

"Our tax assessor -- this is his job. His only job," said Fulton County Commissioner Liz Hausmann.

One executive desk alone cost nearly $1,000 with a matching credenza and bookshelf at a similar price. Also included in the upgrade: two new refrigerators, break room tables and guest chairs.

Records also show Fiitzgibbon taking several county paid trips to conferences. In fact, he took two five-day conference trips and a 10-day personal vacation during July and August this year -- a time when the county was scrambling to manage the mistake.

“When there's a crisis and it's on your watch, you need to be there monitoring it, doing everything you can do to get it resolved," said Fulton County Commissioner Bob Ellis.

When asked by 11Alive Investigator Catie Beck if he felt it was necessary to physically be there in a time of crisis, Fitzgibbon responded, "To sit here and do nothing while staff is doing what they're supposed to do to fix the tax commissioner's vendor's system? No, I don't think I should have been here."

Fitzgibbon contends the problem was outside of his control and his office and that the tax board caved under pressure from county commissioners.

"I think to take this action shows a lack of courage on the part of some on the board members,” Fitzgibbon said.

Fitzgibbon wouldn't say if he plans to take legal action against the county -- only that he will protect his reputation and that he believes he did a good job.

Eaves believes the mistake could have been a county crisis and that Atlanta Public Schools will have to borrrow money to operate.