At least 15 Georgia Department of Juvenile Justice employees have tested positive for COVID-19 since March. 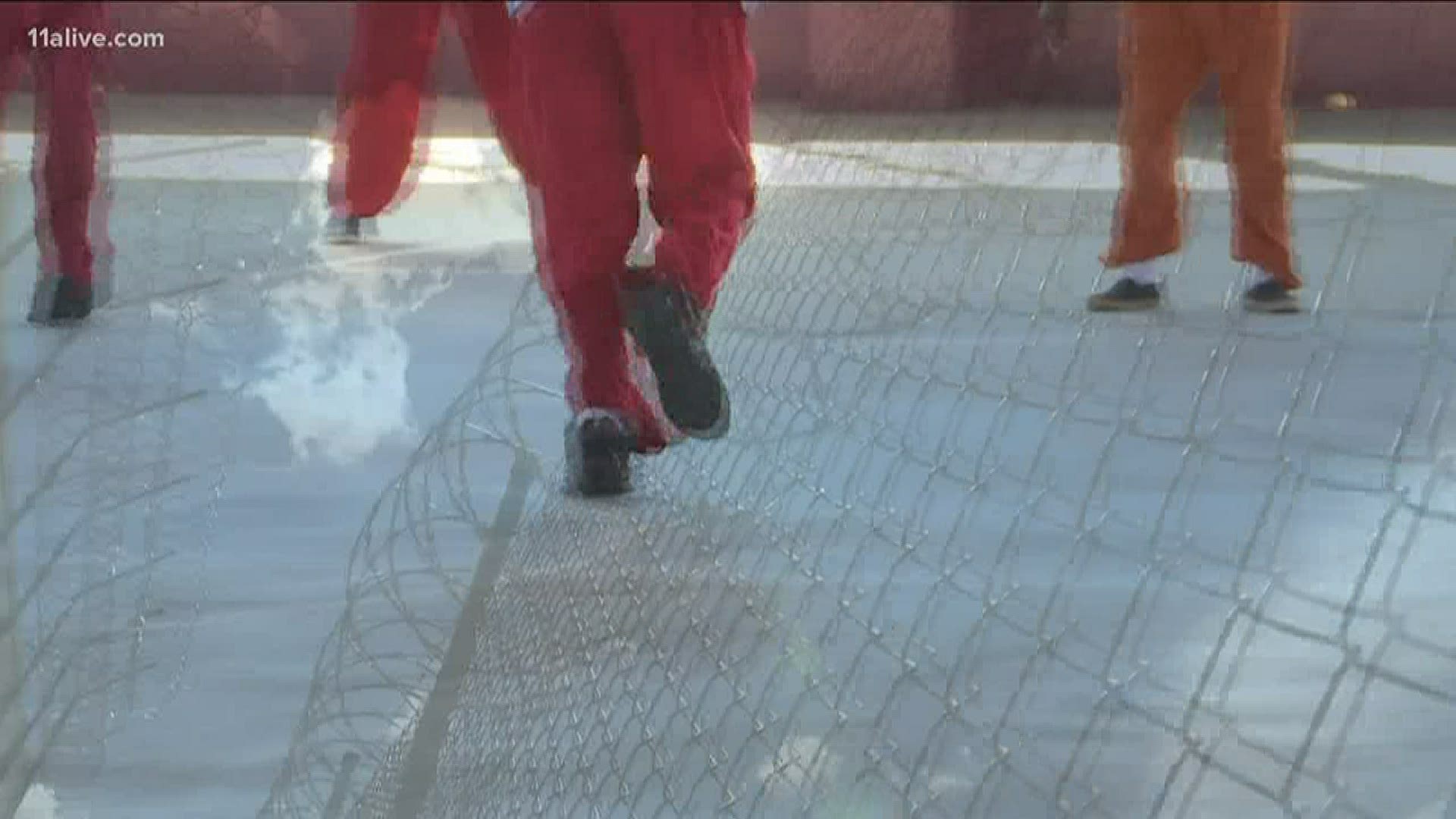 ATLANTA — Nearly 100 children incarcerated by Georgia’s Department of Juvenile Justice (DJJ) have been released early in response to the pandemic to limit exposure to the virus.

While no detained youth have reportedly contracted COVID-19, 11 children are currently under quarantine due to possible exposure after multiple DJJ employees tested positive.

One of those children includes Arlena McDew’s son. 11Alive is not identifying his name.

The Atlanta mother says her son was at the wrong place at the wrong time when police arrested him for a non-violent offense this past March.

A juvenile court initially ordered the 14-year-old to serve time at a DJJ detention center in Hampton, Georgia. A few days later, Clayton County Judge Steven Teske reviewed her son’s case and released him after determining he wasn’t a threat to his community. It was the child’s first offense.

Last month, Teske issued an order limiting the number of youth detentions to only violent offenders in his jurisdiction.

“It’s called the ‘My Child Test.’ If this was your child, how would you feel? And as I judge, that’s how I see every one of these kids,” said Teske, who also sits on DJJ’s judicial advisory council.

Over the past few weeks, DJJ and juvenile court judges have released at least 99 minors early from Georgia’s youth prisons in response to the pandemic. Those released are under increased supervision, wearing ankle monitors or were moved to treatment centers.

For more than a month, advocacy groups like the Juvenile Law Center and The Sentencing Project have pleaded for states to release more minors from child prisons during the pandemic.

While no detained children have reportedly contracted the virus in Georgia, the agency has not tested one child. It says none of them have exhibited symptoms.

CDC experts say people infected with COVID-19 can still carry and spread the virus while not exhibiting symptoms.

Marsha Levick is the chief legal officer for the Juvenile Justice Law Center. In addition to releasing more children, she thinks testing for COVID-19 is crucial. “We know that the facilities that the [kids] are in, are essentially Petri dishes. We know that these are places where the infection will spread once it makes its way into the facility,” said Levick.

To limit exposure, the agency says it has suspended visitation to all of its 26 facilities; issued protective masks to youth and staff and provided infectious disease training. Employees are also screened for fevers before entering facilities.

The Sentencing Project is tracking positive COVID-19 youth and staff diagnoses at detention facilities in each state. The organization says at least 150 youth and 283 staff have tested positive across the country.

Adult detentions facilities have already experienced COVID-19 outbreaks across the country as well.

Georgia’s courts are also not fully operational. Teske says that means hearings can be delayed and youth offenders could spend more time behind bars than they should.

“So, it’s not simply just the virus itself. It’s the fact that we’re keeping teenagers, children, locked up in a jail cell for an extended period of time. That’s going to aggravate their psyche,” said Teske.

At one point, more than 70 DJJ employees self-quarantined after they said they were exposed to the virus. About half of them have returned to work.

Why do viruses mutate?