She was released from the hospital after giving birth. Days later, she almost died

Dying to give birth: That's what's happening in hospital rooms across America. Too many women are dying after childbirth. The Mothers Matter series hopes to address this issue and what is being done to stop it.

Giving birth can be an exciting, wonderful, and scary time in a woman's life; but in Georgia it can also be deadly.

In 2010, Amnesty International listed Georgia as the state with the highest maternal mortality rate in the country. The majority of those moms were African-American.

RELATED: She went to the hospital to have her baby. Now her husband is raising two kids alone

According to the state Department of Public Health, from 1999 until 2016, there were 755 maternal mortality deaths. 253 of moms were white and 413 moms were black.

Those numbers don't include the moms who had very close calls.

"I had a major headache, chest pain, sight was affected, kind of blurry and as the day progressed it got worse," she said.

On the first trip to the emergency room, she says she was diagnosed with a sinus infection.

When the medication didn't help, she came back to the ER. It was then that doctors found the real problem, postpartum pre-eclampsia.

It's a rare condition when a woman's blood pressure skyrockets after giving birth.

"They admitted me to ICU immediately and they told me that it's good I came because I was at stroke level at that point," Crockett said.

Tiffany is one of the lucky moms... she survived.

"I'm just so happy I listened to my body because if I stayed home, it might not have been the same outcome," she said. 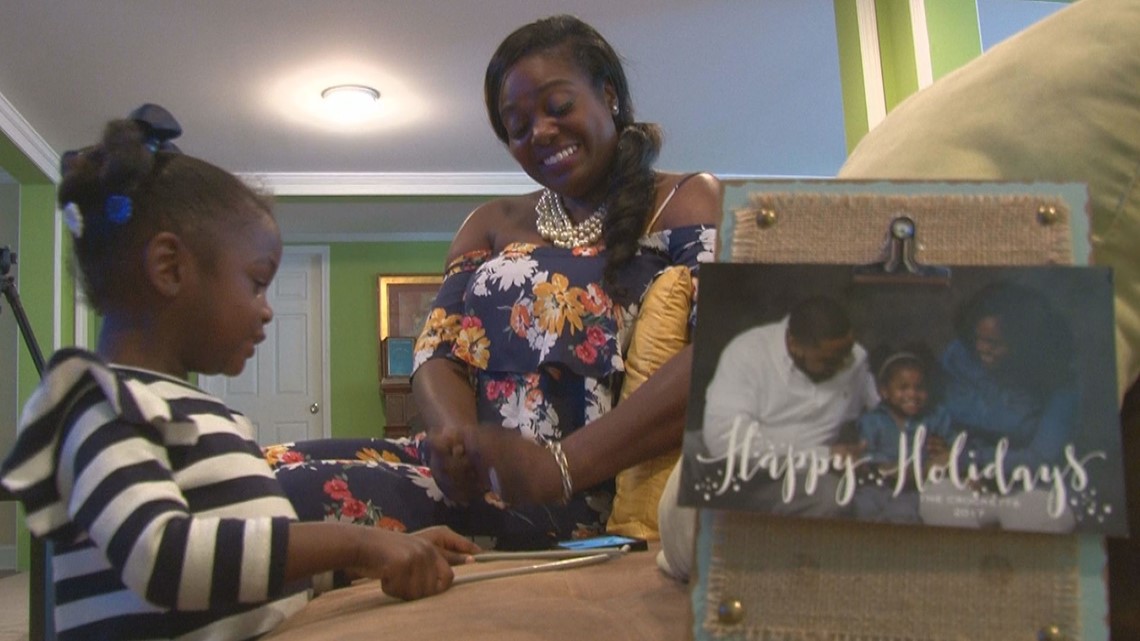 Doctor Champa Woodham isn't Tiffany's doctor, but she knows all about caring for babies and moms. She's the director of Internal fetal medicine at Navicent Health.

It's a group formed in response to studies that show more African American pregnant women died in Georgia than any where else in the country.

Moms can also die from hemorrhaging. Another big problem, especially in Central Georgia, is access to care.

RELATED: 'A river of blood:' A mom describes her near-death experience in the delivery room

"Unfortunately a lot of labor and delivery units have closed in a lot of our under served areas, rural areas so those patients are having to drive several hours to even see a doctor," Woodham said.

The solution is not so black and white.

"No matter what the racial background of the patients is, what the education level is...that is actually how you should cater your teaching," Woodham said.

Because the lesson could be a matter of life and death.

"As doctors, we have to do a better job teaching our patients these things. What things they know, they have to look out for so they know how to identify it," Woodham said.

Tiffany may not have known about postpartum pre-eclampsia three years ago, but she did know something was wrong when she got home. Listening to her body just may have saved her life.

"I look at pictures of me holding her. I look at different things going on in her life. I just think how different her life would be if I were not here," she said.

SOLUTION? American moms are dying in childbirth. What you can do about it

There are two other organizations along with the Maternal Mortality Review Committee looking at ways to save mother's lives. They are working to get the information into doctor's offices so it falls into the hands of more pregnant women.