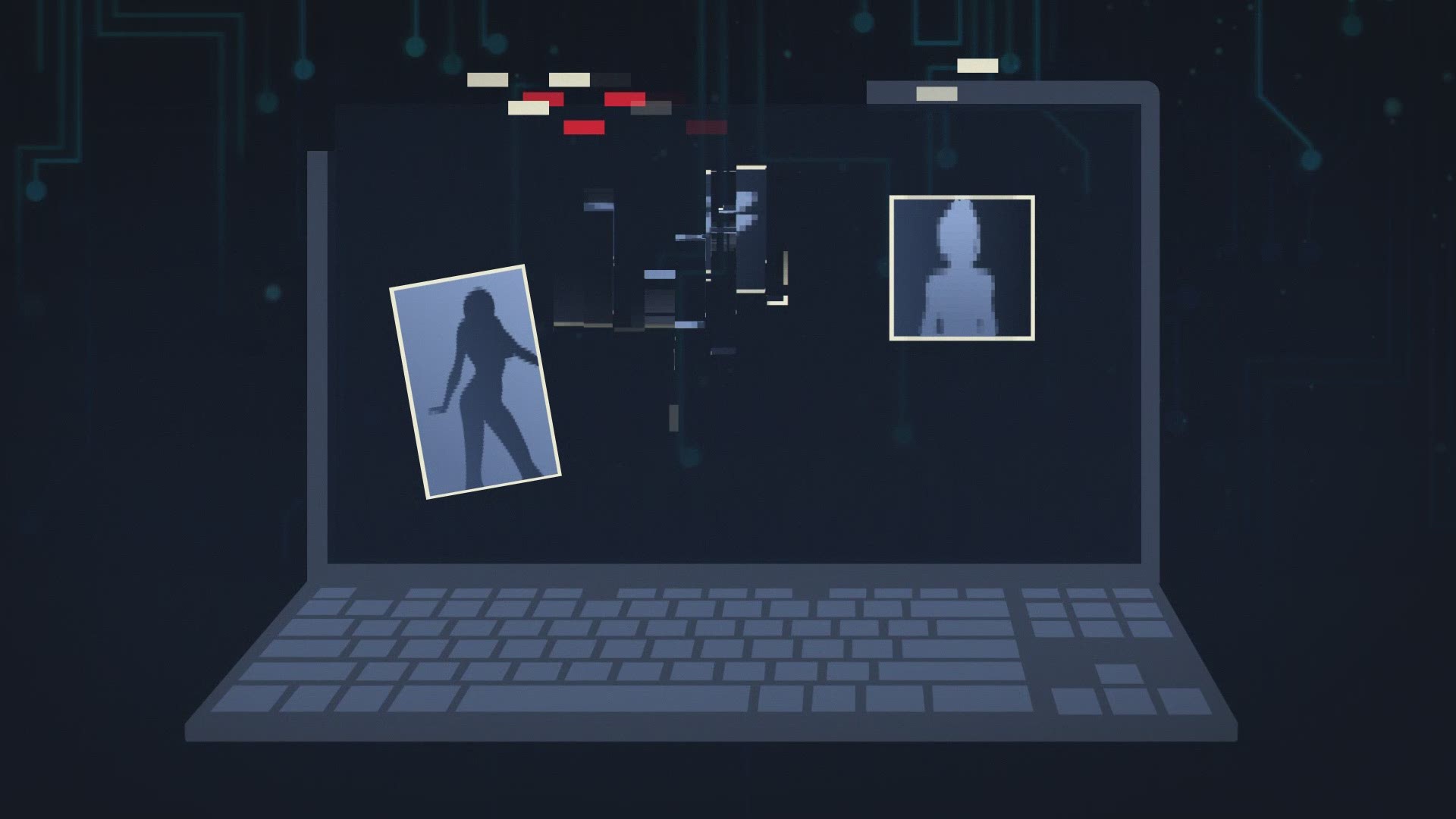 ATLANTA — There are places online where secrets are traded. With just a few clicks users uncover a catalog of illicit photos organized by state, county, school and sex act.

AnonIB.com is short for Anonymous Image Board. The website serves as one of those meeting places where men hunt nude photos then swap them like trading cards.

For the users, it is about the hunt. Some say they search for classmates, hacking into phones and cloud servers. Others target individuals, stealing their social media profile pictures as a way to post a request for an individual's nude photos.

At the peak of ANON-IB’s popularity illicit, stolen photos from dozens of countries were represented. A search of Georgia alone revealed thousands of photo requests. The most posted areas included Valdosta, Cobb, Gwinnett and Forsyth counties. Users requested photos of college girls from SCAD and high schoolers from North Gwinnett, among others.

One post asked for nude photos from Mountain View High School’s class of 2018. With unknown information about the girls in the pictures, it’s unclear if many of images posted on the site are even legal.

Then on April 25th, ANON-IB went down without warning. Dutch police seized the servers. That means the computers storing illegally obtained videos and images vanished. But, it turns out the images could still be out there.

“Only one site right now has come back up from Anon IB's family. But others will follow. And there are certainly archives out there,” said IT consultant Dan Snider.

He began researching ANON-IB after his friend was hacked and her pictures were posted online.

“There is no guarantee that someone has not saved the picture and someone else may ask for it. A week from now and users will post that again for them called reposting,” Snider said.

The photos that once were searchable on ANON-IB will likely reappear on other sites. Once an illicit photo is shared, removing it can be difficult.

Users request "wins," which means "nude photo." They type "bump" to move the request up in priorty on the page.

“Craigslist had a lot of personal ads. They shut that down. Then Backpage.com took that place. Backpage is down now. These predators, they're persistent. They move. They keep moving to the next site where they can keep doing what they've been doing,” explained Assistant U.S. Attorney Paul Jones.

His office investigates thousands of posts on sites like ANON-IB.

“You have to prioritize triage. It’s about the worst of the worst. We go after of course the most vulnerable, which are children. That's who we want to protect the most,” Jones said.

The FBI says a lot of the websites will remove images of minors. If you’re over eighteen and discover a photo has been published without your consent, the options are limited.

“The reaction they may get from a request from a 16-year-old is going to be different than what they would get from a 12-year-old. And what they get from a 25-year-old, you're probably not going to have much luck (when contacting the websites),” explained FBI Special Agent Keith Kabrhel.

If a photo isn’t taken down, it can haunt a victim for years.

“It's one thing to be a victim of assault or be put in a compromising position that only you and the other party know about. It's another thing to have it live online, be seen by hundreds of thousands of people potentially. And have it embedded in their brain and associated with your reputation,” explained Titania Jordan, CPO of Bark, an app dedicated to making the web safer for children.

BeLinda Berry knows the impact stolen photos can have on your life.

“I can usually tell when my pictures are back online because I get an influx of friend requests from random men and people they don't know. The danger really comes in because they're posting names and hometowns. They can find your employers your co-workers your families and victimize you that way,” Berry said.

Berry is among the victims taking matters in to their own hands. The BADASS Army is a support group for victims that takes a creative approach to reclaiming photos and helping stop sites like ANON-IB from spreading stolen images.

It was a distraction method that blocked users from finding the illicit photographs they sought.

“We were keeping their moderators working 24 hours a day to remove these Shreks. It’s a boner killer. It’s fun. It’s no exploiting anybody,” Katelyn Bowden explained.

Flooding the site with Shrek pictures was a small victory. Bowden formed the BADASS Army after her own images were stolen from an ex’s cell phone. She’s helped to create a support network and resources to stop pictures from being posted without a woman’s consent.

When it comes to protecting yourself online, Jordan reminds people that the only guaranteed way to avoid a photo being shared is to never take one. But if photos already exist, she suggests doing a quick privacy check of your phone, computer, iCloud and other devices. Complicated passwords and difficult security questions help stop hackers from getting into your information.

The BADASS Army recommends a few other ways to safeguard snapshots.

“You can watermark your pictures with the name or user name of the person you're sending it to. You can also not involve your face or not let your face in the shot or identifying marks.”

The law is also on your side when it comes to who owns the rights to an image. The Digital Millennium Copyright Act gives the photographer of a picture ownership of the image. That can be especially helpful if the picture is selfie. If you can prove you snapped it, you own the copyright.

“I have two daughters and if I can help eliminate one form of sexual exploitation or sexual assault then I'm doing my job right,” Bowden says.

For more resources and information visit the BADASSArmy.org.