Nursing assistant: We asked for more staff before WWII vet begged for help and died

A video deposition recently obtained by 11Alive also showed a nursing supervisor changed her story about how she responded to Dempsey after she realizes her actions were caught on camera. 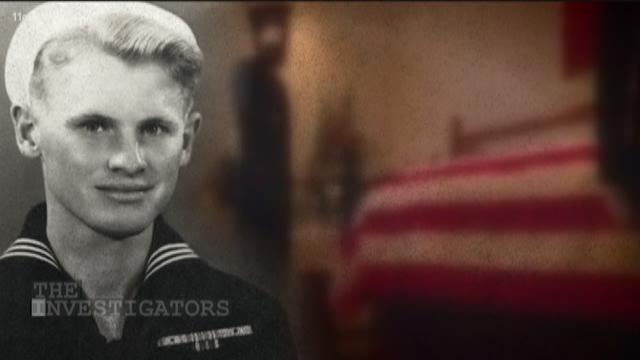 The 11Alive Investigators have uncovered new information about an Atlanta nursing home accused of not responding fast enough to save a dying veteran.

About a week ago, 11Alive introduced you to 89-year-old James Dempsey, caught on hidden camera begging nursing home staff for help before dying in 2014.

A video deposition recently obtained by 11Alive also showed a nursing supervisor changed her story about how she responded to Dempsey after she realizes her actions were caught on camera.

The depositions were part of a lawsuit filed by Dempsey’s family against Northeast Atlanta Health and Rehabilitation Center.

The 11Alive Investigators discovered a former employee claims she and others complained about staffing shortages for years before and after Dempsey’s death at the facility. The claims were made in a 2015 deposition from Mable Turman, a CNA, or certified nursing assistant, who is seen in the hidden camera video inside Dempsey’s nursing home room while is gasps for air.

Turman made those claims during a deposition with Mike Prieto, an Atlanta attorney representing the Dempsey family.

Prieto: “Did you personally make a request for an additional CNA on the Alzheimer’s ward on the night shift?”
Turman: “Me and the other CNA constantly have.”
Prieto: “Do you feel like the facility is understaffed?”
Turnman: “Now? Yes.”

In the video deposition, Turman did not seem surprised with the delayed response.

“I’m gonna be honest, I don’t think they have enough staff in order for me to get to that call light on a prompt basis because we have been asking for an extra CNA at night,” said Turman in the deposition.

After the deposition, documents show the nursing home continued to experience staffing issues.

According to a 2016 Medicare inspection report, an investigator identified “inconsistent staffing.”

The inspection also noted the facility admitted eight to nine residents in one day - twice as many as the medical director admits his staff could handle.

The same Medicare inspection report identified 34 health and safety deficiencies, many of which put some residents in “immediate jeopardy.” The agency also fined the facility $594,680.

11Alive requested an interview with Sava Senior Care, the owner of the nursing home. The operator did not provide a response specific to the staffing shortage claims, but in a letter previously sent to 11Alive this past October, a spokesperson wrote that the facility “has new leadership and the leadership team and the staff have worked very diligently to improve quality care…” The spokesperson also noted its last annual inspection this past May showed “the facility recently was deficiency-free…”

Turman no longer works at Northeast Atlanta Health and Rehabilitation Center, but she still has her CNA certification. A spokesperson with the Georgia Department of Community Health, which regulates CNAs, says the agency reviewed the video, but it identified “no adverse findings on Ms. Turman.”

Georgia has no law requiring a specific patient to nurse ratio at nursing facilities. Janice IzLar, president of the Georgia Board of Nursing, believes a higher staffing ratio per patient improves patient care, but she stopped short of saying the state should have a mandate.

“It just makes perfect sense,” said Izlar. “I’ve got to think that if you have less patients to take care of, each one is going to have better care.”

When asked if she the nursing board should make recommend a state-mandated ratio to the state lawmakers, Izlar said she needed more time to evaluate the issue.

“Well, I will do more research and see if that’s something the board is interested in advocating,” said Izlar.

Some research shows higher staffing ratios improves care and provides better patient outcomes. According to a 2016 study published in the U.S. National Library of Medicine’s National Institute of Health, “nurse staffing levels are too low in half of U.S. nursing homes.”

The study identified research that showed “numerous studies have consistently shown that higher state minimum staffing (beyond the federal minimum requirements) have had significant positive effects on staffing levels and quality outcomes.

Federal law only requires nursing homes to have “sufficient staff to meet the needs of residents and one registered nurse (RN) Director of Nursing on duty for eight hours a day, seven days a week and licensed nursing in evening and night shifts.”

In 2015, a federal regulator proposed new nursing home regulation to improve nursing home care, but it did not address staffing.

Georgia State University nursing professor, Ptlene Minick, says former students constantly complain to her about caring for more patients than they can handle. She believes the state should have some sort of staffing requirements.

“We have staffing mandates in day care centers in Georgia, but not mandates for patients in hospitals and nursing homes,” Minick said. “That’s where people need it the most.”

Minick, who has a doctorate in adult critical care, believes a good staffing ratio is either one or two patients per nurse.