Inside one of Minnesota’s biggest phone scams 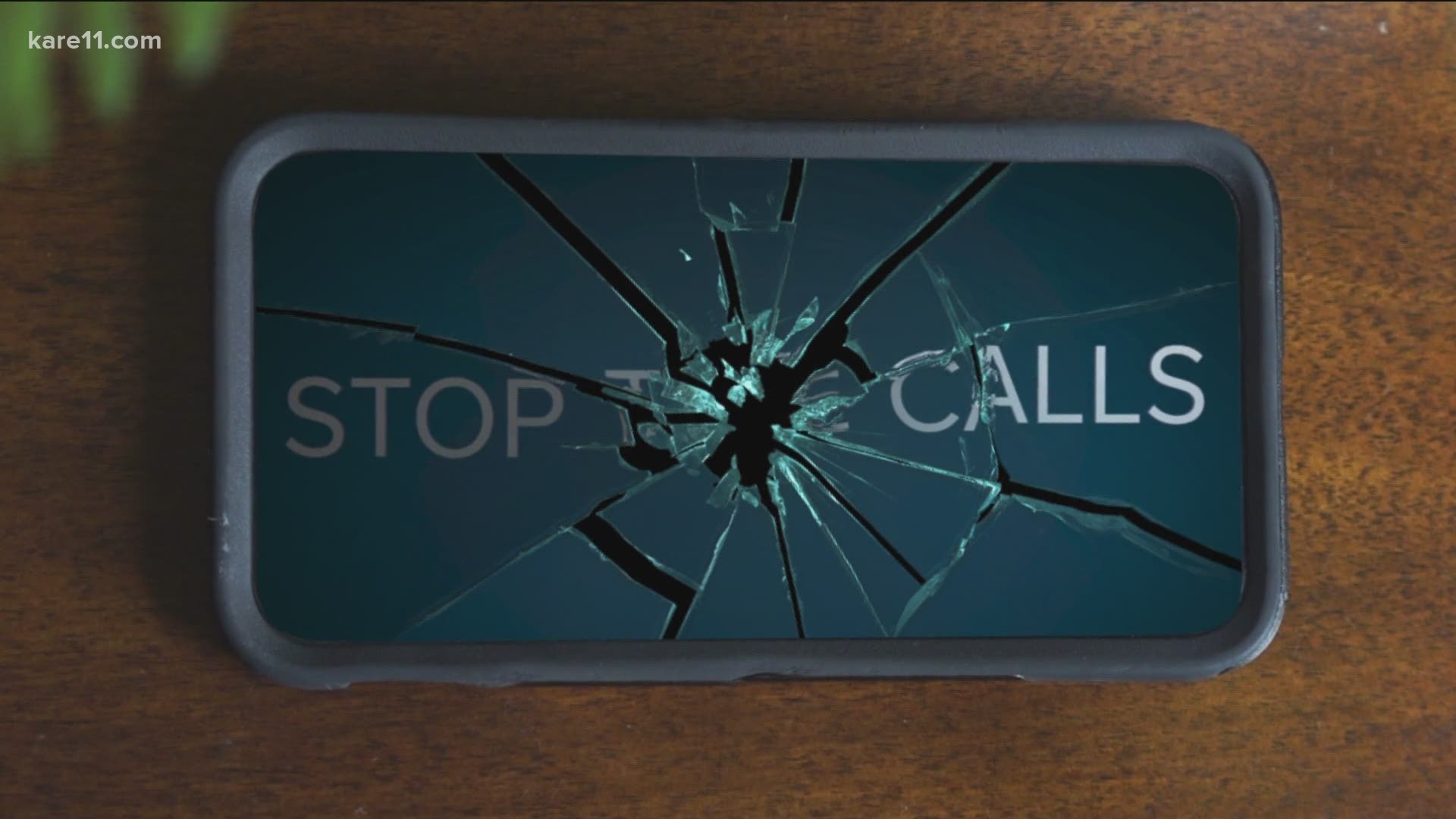 MINNEAPOLIS — All across the country people got phone calls from call centers in places like Fridley, St. Louis Park and South St. Paul.  On the other end of the line, a caller pretended to be offering a chance to save money.

But federal indictments laying out the alleged scheme say the real goal was to trick people into paying for magazines they didn’t want or need.

And it worked, federal officials say, to the tune of $300 million.

“The magazine fraud was out and out fraud,” said Assistant U.S. Attorney Joe Thompson. “They were straight up lying to people.”

Of the 60 people indicted so far, prosecutors say 33 have already pleaded guilty and are awaiting sentencing.

Laura Greene from rural Washington state has stacks of unopened magazines in her home, courtesy she says of Viking Magazine in Burnsville.

The owner, David Moulder, is near the top of a pyramid indicted in a nationwide telephone fraud case.

Over the phone, Laura says she agreed to buy magazines for $24 per month. But the price kept increasing without her consent. Soon she says was being charged $64 multiple times per month.

When she tried to complain, the person on the other end of the line talked in circles she said.

“I was very confused,” Laura said.

“Did you feel like they were preying on the confusion a little bit?” KARE 11 asked.  “Yes,” she said.

“I said I just want this to end. I can’t keep affording this,” she recalls. “And then they said I could pay out $1000 dollars and then they would end it for me.”

It was a ploy, federal investigators allege, that was part of a scheme involving more than two dozen magazine companies, many headquartered in Minnesota.

Search warrants show how investigators uncovered what is referred to as a massive conspiracy after the Minnesota Attorney General busted Wayne Dahl in 2017.

The FBI sent a questionnaire to his victims. Turns out YMS’ victims were being charged by other magazine companies, too.

“I’d never seen anything like it,” said AUSA Thompson, the lead prosecutor on the case.

The responses stunned even veteran prosecutors.

One letter from a victim’s son reads, “Wake up….There’s an entire industry preying on people like my mother.”

Investigators say companies worked together to buy and sell “lead lists” with the names of magazine subscribers. The more vulnerable the customer – the more valuable the lead.

Then companies would use automated dialers to call and pretend to be their current magazine company, asking if subscribers wanted to lower their payment.

But prosecutors say they were really being signed up for new subscriptions and new charges.

“We also saw lots of victims – mostly elderly and otherwise vulnerable – who were being charged by 10, 12 or even 15 magazine companies at a time,” Thompson said.

Credit card statements show victims were charged as much as $1500 per month for magazines.

One elderly man told investigators, “I always thought if I paid it, it would end . ... It never did."

“They were just essentially mugging them,” said Thompson.

According to court documents the telemarketers used fear on those that didn’t pay. A search warrant says “fraudulent magazine companies” even “threatened legal action if the elderly didn’t pay.”

In all, prosecutors estimate about 150-thousand victims nationwide were cheated out of $300 million.

At least 14 Minnesotans have been charged in the case. They range from alleged leaders of the scheme like Moulder to those working in the call centers.

Those who owned the companies that were allegedly “involved in fraudulent magazine sales” include Brian Williams, Jared Michelizzi, Stacey Persons and Eric Esherick.

Williams, Michelizzi and Persons have all pleaded guilty.  Esherick has pleaded not guilty as has David Moulder.

KARE 11 spoke with Tim Hanssen outside his Excelsior home. He called the charges against him and his wife “preposterous” and denied scamming senior citizens.

He maintains they were set up and were victims of a scam perpetrated by Dahl. “We basically got railroaded into this,” he said.

According to a search warrant in the case, federal investigators planted the name of an undercover agent on lead lists and telemarketers from Hanssen’s company called the agent using a fraudulent script – falsely claiming to be their current magazine company.

When confronted by KARE11 with the fact that the search warrant alleges they were caught red-handed, Hanssen said “No…We’re just 2 people that have been doing a legitimate honest, forthcoming business for almost 30 years.”

The Hanssens pleaded not guilty and are awaiting trial.

Acting U.S. Attorney for the District of Minnesota Anders Folk says these indictments should serve as a warning that vulnerable people are being targeted.

“Our message to people is to be aware,” Folk said. “To educate those around them about the fact that these schemes exist.”

He says people should check in on more vulnerable friends and relatives – and even ask to check their finances if they suspect they are victims of fraud.

“The best advice we can give people is be vigilant, don’t be afraid to report it, and know that when you do law enforcement is going to follow up and take action,” he said.

Defendants convicted in the case could serve prison time and be ordered to pay millions in restitution.

As for the victims, though, it’s unclear how much money they’ll see returned.