The national standard is one school counselor for every 250 students, but our 11Alive investigation found only 2% of Metro Atlanta schools meet that mark. 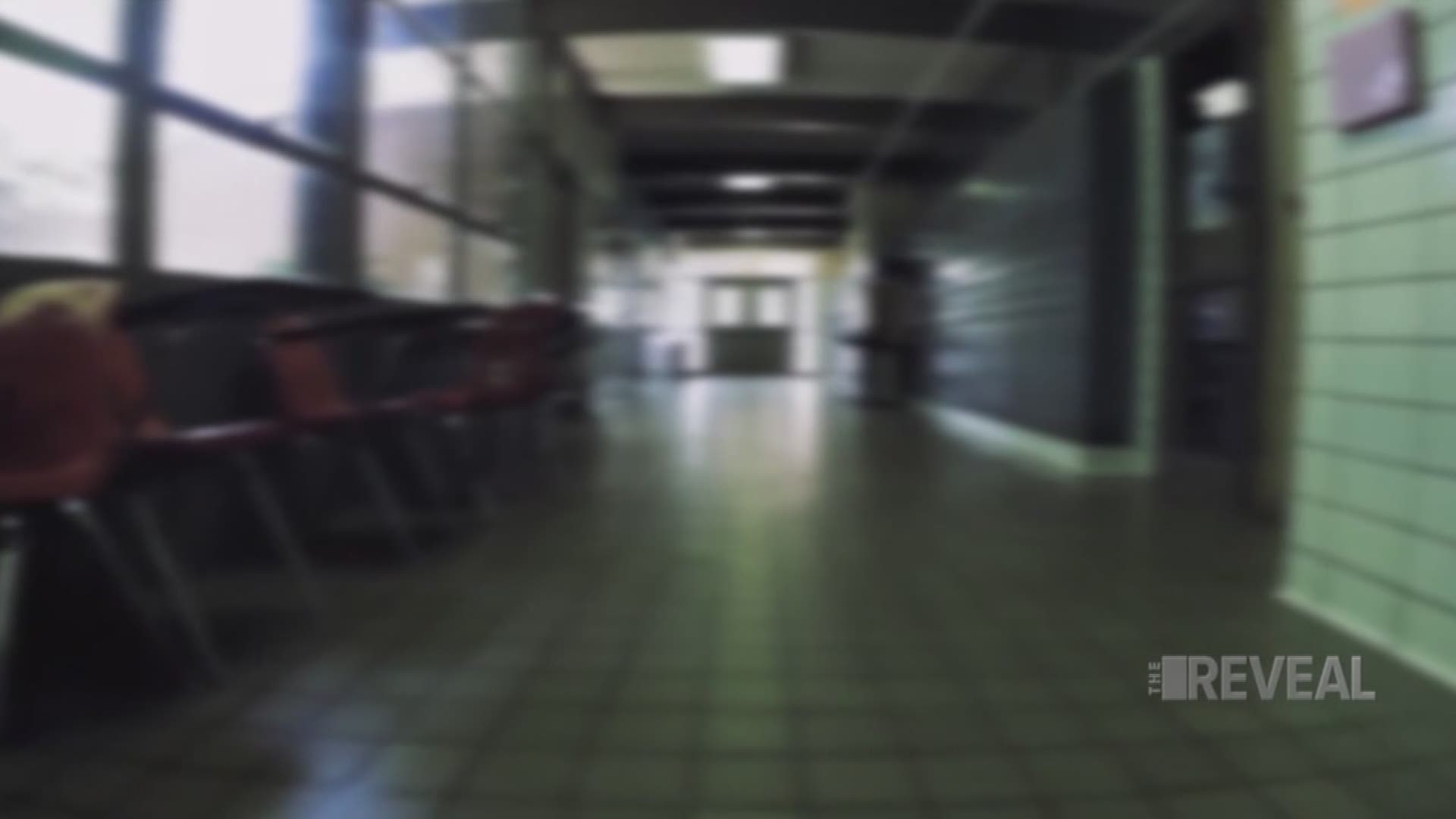 In a quest to keep kids safe at school, districts have installed cameras and call buttons to control movement. It’s not unusual to see a police officer outside.

The national standard set by the American School Counselor Association, ASCA, recommends one counselor for every 250 students, but 11Alive's investigation found only 2 percent of metro Atlanta schools meet that mark.

Find your school district on the map to see how many counselors were on staff in the 2015-16 school year. Note: some districts may not have reported psychologists or social workers to the Dept. of Education. Can’t see the map? CLICK OR TAP HERE

“They’re the first people you can always go to if you need help with anything, like family issues, relationship issues, there’s so much of that in high school,” says Morgan Meneide.

Meneide is a senior at Pope High School in Cobb County. She’s had several years to build a relationship with the counseling staff at the school. One of them is her soccer coach. But for students who still see counselors as strangers, it may be harder for them to open up.

“Some students are scared,” she admits.

But when counselors can intervene early, the tension, sadness or frustration that might have caused a student to lash out toward themselves, or other students, can be diffused. Schools with a lower school counselor ratio also report lower suspension rates and higher graduation rates.

Sitting in DaSilva’s office, you really do feel as if you can talk to her about anything. Her office is filled with trinkets – stress balls, a big stuffed dog, coloring books, even a doll designed to smack against the desk when you’re down right mad.

But it’s the quotes on her wall that often spark conversation.

Quotes that spark conversation with counselor

“This was my very first one,” DaSilva says, pointing to a plaque in the center. “'Stressed is just desserts spelled backwards.' That’s actually the one that gets the most comments too.”

WHAT’S IN A NUMBER?

Students at Pope have more counselors than most. There is one for every 400 students. When asked about the national recommendation of 1:250, the smile on DaSilva’s face grows.

“Yes, in a perfect world," she exclaims. "If I had 250 kids on my caseload, I could probably meet every single one of them every single year.”

DaSilva does meet one-on-one with every student she’s assigned in their junior year. Too often, it’s the first time they’ve talked. She says with 400 students and only 180 days of school, meeting each one in a meaningful way, each year, simply isn’t possible.

Counselors at Pope conduct a group lecture for each class, based on a topic relevant to their grade level. In ninth grade, they talk about life in high school and how to make the transition. By their junior year, they take a deep dive into career options and college prep.

Then there are the small group sessions made available to students with specific needs.

Georgia does fund one counselor for the state recommendation of every 450 students, but only a third, about 38 percent, of metro Atlanta schools hit that mark according to an analysis of the U.S. Department of Education’s Civil Rights Data Collection from the 2015-16 school year, the most recent data available.

When you find a school, such as Pope, that has a ratio below 1:450 – it’s likely the school has pulled financial resources from another area to do it. In Pope’s case, the money comes from funding originally allocated for a part time teacher.

One reason is how funding is calculated. A school receives money for every 450 students. There’s no funding for students 1-449. So, a school with 1,340 students will only get funding for two counselors because it's 10 students shy of the total enrollment needed to earn funding for three.

HOW IS YOUR SCHOOL DOING?

Lawmakers have met throughout the year, as part of a School Security Study Committee. Members heard testimony from counselors with the Georgia School Counselor Association, who urged them to close the funding gap.

The ASCA says 1:450 is the first step. Based on the 2015 DOE data, hitting the national mark of 1:250 would require hiring another 85,000 counselors statewide. It’s a hiring wave that would cost, by our calculations, nearly $4 billion.

But without those lower ratios, counselors say it’s even more important to make sure they’re only assigned duties that relate to their job. The ASCA says counselors repeatedly express frustration they are assigned other duties, from patrolling the halls or lunch room, to answer the phones at the front office.

IT CAN HAPPEN HERE

“What we found with the students is when they hit what’s really just a speed bump, it’s like a road block to them. A complete wall that’s built up,” says DaSilva.

The danger comes when students feel they need to bust down that wall and they don’t care who gets hit by the bricks.

“When you have so many students you always wonder, who’s not coming into the office,” DaSilva noted, reflecting on the ratios. “And whenever I’m walking in the halls, if there’s a piece of paper on the ground I pick it up and I read it. Just in case.”

Just in case there’s a threat or red flag a student plans to harm themselves… or others. Often those "notes" are found on social media. Instagram especially.

It was a community tip about a post on social media that led to the arrest of two Etowah High School students in Woodstock. Now charged with conspiracy to commit murder, police say they found a map of the school detailing the attack plan, a list of people to kill, and the beginnings of an incendiary device. 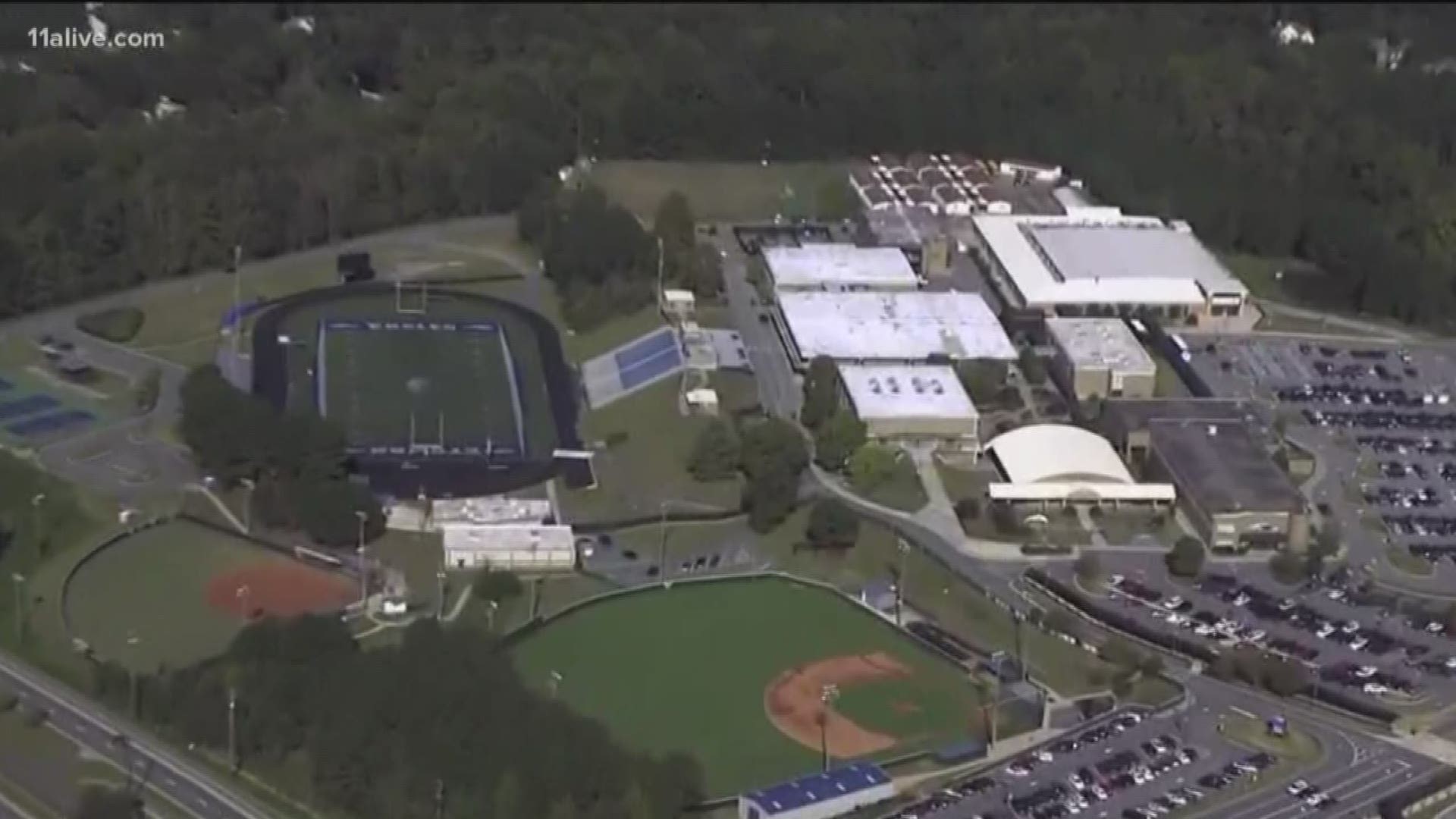 “We have more policeman now at the school watching, more security cameras and the teachers are being more cautious looking for everything,” says Nicole Martin, a tenth grade student at Etowah.

When asked about school safety, Martin is quick to mention the increased police protection on campus. Their presence makes her feel safer, even though the school's open design makes it difficult to cover every entrance into the school.

When asked about school counselors, Martin seemed to have a puzzled look, almost debating what they would have to do with safety.

“I really just think about the people that help us find our classes.”

When Martin is asked if she is aware of mental health professionals at the school, she takes a moment to think about it.

“No, I don’t think there are any mental health people at our school, or if there are, they’re not very well advertised.”

And that’s part of the problem.

It's unknown if the students arrested at Etowah were on their counselor’s radar. The school has one counselor for every 500 students, a ratio the ASCA reiterates, is difficult to educate students on what counselors do and build the relationships needed – to do it.

But DaSilva knows personally how important a counselor can be.

“I actually lost my mom when I was a teenager,” DaSilva says.

Her counselor started a grief group for her and other students dealing with loss. She says that group got her through high school and it now guides her work.

“I want to show students that there’s always a light at the end of the tunnel. You just have to look for it," she says. "Sometimes it’s really, really small. But it’s there, and as long as you keep heading towards it, you’ll get there.”

EVERY SCHOOL IS DIFFERENT, BUT THE NEEDS REMAIN THE SAME

Metro Atlanta districts surveyed in our research say there’s more to the equation than just the ratio of school counselors.

Cherokee County says its school nurses also play a role. There is one for every school, and three lead nurses at the district level. In fact two years ago, CCSD created the Office of Student Services to allow school counselors, nurses and social workers to come together for collaboration and training. The data provided by the U.S. Department of Education does not list any social workers or school psychologists on staff, but the district says it does have four social workers and 27 psychologists.

Every high school in Cherokee County also offers the "Teacher as Advisor training." It's a weekly class to teach them about college and career readiness, as well as ways to help students with emotional well-being.

Rockdale County has one of the few districts in the state providing school based mental health services. This allows the district to handle more long term or intensive mental health needs families might not have access to otherwise.

The district also has mental health professionals hired specifically to target prevention and intervention needs at the schools they serve. The positions were created in 2009, when the district won a federal grant to take a proactive approach to mental health and school safety. The grant ended in 2014, but the board has continued to fund the programs. According to a Rockdale County Schools district spokesperson, the legislature currently funds 32 full time positions, but the district employs 38.

Fulton County also provides onsite counseling programs at several of its schools. The therapists are not hired by the district, but they are given a safe meeting place to hold sessions with students on campus. The district hopes to expand the program to all of its schools in the next five years.

Forsyth County Schools chose this year to locally fund several new positions: one additional counselor at each of its high schools, an employee on the high school level to focus specifically on social and emotional learning, as well as student advocacy specialists for teams that focus on each schools feeder system, elementary through high school.

In a written statement from the Forsyth County School District, it said, “The lack of access to mental health services, both as an early intervention and in response to crisis, has been noted as one of the many factors contributing to events of violence in schools across the country. School guidance counselors can play a crucial role in helping to identify students and families in need of services.”

ABOUT THE DATA: Calculations were made based on data reported by districts to the US Department of Education and reflects the 2015-16 school year, the most current year national data available. 11Alive reached out to metro Atlanta districts highlighted in this report to verify the data’s accuracy for that time period. It was noted that since the data was reported, some districts have closed or opened new schools impacting counselor assignments. Percentages on ratios were calculated eliminating schools that had a population less than 250 or 450, based on the calculation, so as not to skew the results with schools that would not qualify under that standard.