A top-secret investigation into the Atlanta child murders pointed to the Ku Klux Klan, according to documents shared exclusively with 11Alive. 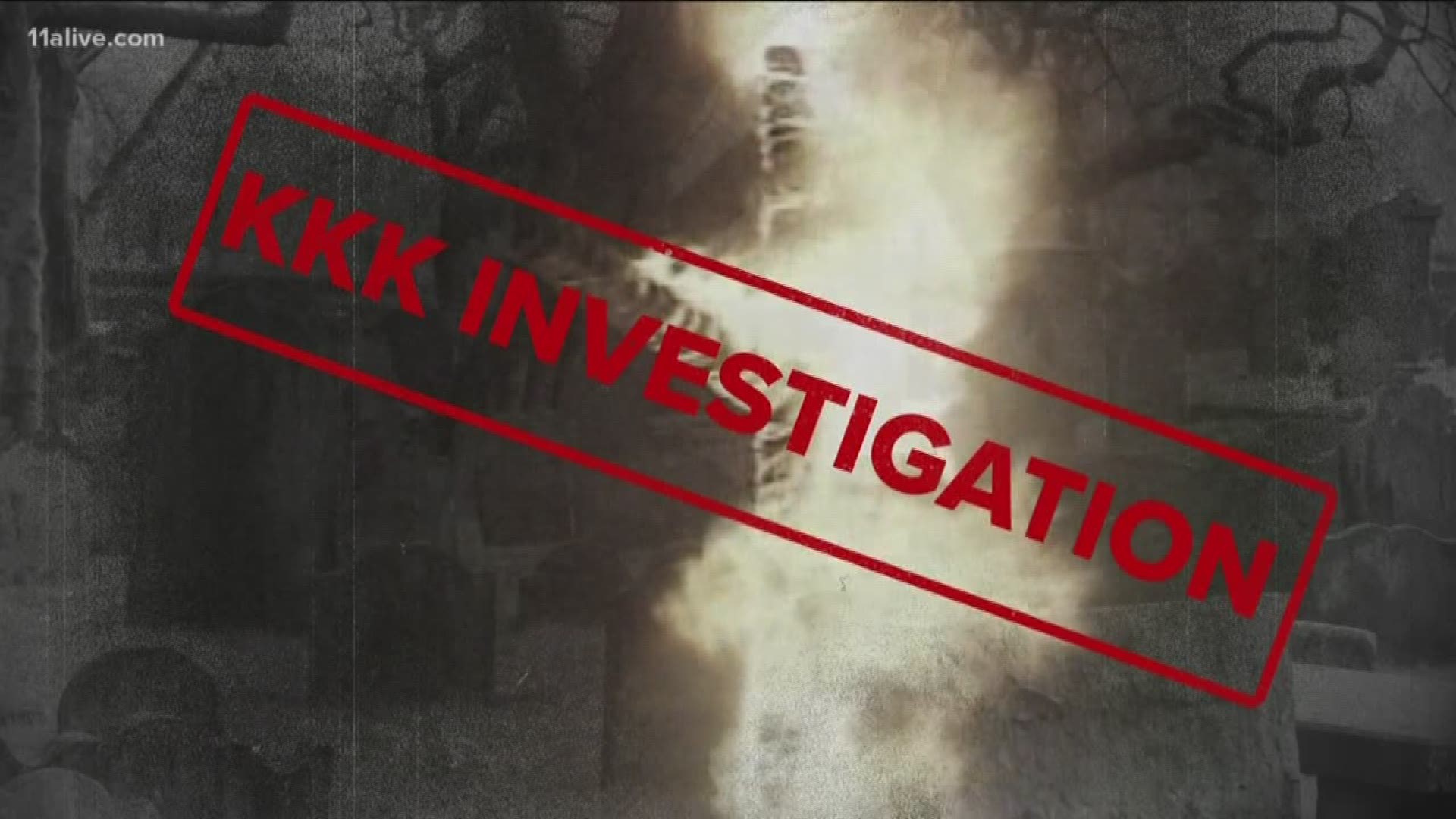 ATLANTA — Investigators are taking a closer look at the infamous Atlanta child murders that took the lives of 29 African-American children – and thousands of pages of top-secret documents obtained by 11Alive reveal the possibility that the killer could have been someone besides the long-time suspect, Wayne Williams.

One of the murdered boys could have been the link to unraveling the mystery, as the investigation explored a theory some considered to be true. 11Alive originally obtained the exclusive documents more than 30 years ago.

Questions about convicted murderer Wayne Williams’ guilt have always shadowed hopes for resolution to the crimes, which terrorized Atlanta from 1979 to 1981. While he was convicted of killing two adult men in 1982, Williams has always maintained his innocence.

The hidden investigation, referred to as the “8100 File,” suggested that the Ku Klux Klan could be responsible for the Atlanta child murders. It also indicates that top law enforcement officials were briefed on the documents.

The top-secret file was not presented at Williams' murder trial. 11Alive tracked down a former juror of the Williams trial, who said the jurors were all convinced Williams was guilty, based on the evidence that was presented in court.

“Here you are in Atlanta and you’re convicting an Atlantan, a young black male at that,” said Clarice, one of the 12 jurors who helped convict Williams. She stands behind the evidence that was available. When Abdulahi told her about the 8100 File, Green paused, looking at the stacks of evidence she didn't know existed.

“If this was presented during that time … do you think it would change the hearts and minds of some of the jurors?” Abdulahi asked.

“It may have depended on what’s all in there … what evidence they found out,” Clarice said.

Credit: WXIA
Clarice, one of 12 jurors who convicted Wayne Williams, talks to Neima Abdulahi about the Atlanta child murders case.

The investigation into a possible Klan connection to the Atlanta child murders lasted two months and ended one month before Williams was considered a suspect. The operation, conducted in secrecy by informants and top law enforcement officials, included weeks of physical surveillance, phone wiretaps and polygraph tests.

The investigation focused closely on the death of Lubie Geter, outlining information that a Klan member could be responsible for the 14-year-old's murder.

According to documents, former FBI director Phil Peters asked for "it to be kept a separate investigation," stating that if the investigation "leaked out, it would possibly cause a race riot."

Documents indicate that police followed Klansmen for weeks to find a link between them and Geter, who apparently bumped his go-cart on a Klan member's car.

The informant stated that the Klansman was angry about the run-in and "admitted that he wanted to kill Geter."

The boy vanished on Jan. 3, 1981, shortly after his brother left him at a shopping center to sell car deodorizers, according to records. His body was found on Feb. 5, 1981, in a wooded area on Atlanta’s south side. Like some of the other Atlanta child murder victims, he had been strangled.

One of the informants testified that a Klansman tried to recruit him “to help on the child murders” and was advised that the KKK was, “creating an uprising among the blacks. That they were killing the children. That they are going to do one each month until things blow up.”

Two months after the investigation started, the Klansmen were brought in for questioning and asked to take a polygraph, which they passed. Fibers and other physical evidence tested by police could also not be linked back to the KKK. According to documents, that’s when the case was closed.

Based on 11Alive archived reports, the audio recordings of the wiretaps were destroyed after Williams was convicted.

Over 40 years after the murders began, Atlanta Mayor Keisha Lance Bottoms announced that the city would re-examine the case evidence and compile all the police work spread across multiple counties and held in evidence rooms across Georgia.

After the public announcement, Bottoms told Abdulahi, with tears running down her face, that her hope is to give closure to the African-American community and the families of the children who were killed.

“I hope it says to the public that our children matter. African-American children still matter. They mattered in 1979, and (they matter) now,” she said.

News that the Atlanta child murders will be getting fresh eyes has given some in the community hope – including Wayne Williams, who has kept up on developments from inside Georgia’s Hancock State Prison.

Recently, Williams called in to a community meeting about the murders and said during a seven-minute call that he hoped for justice – and answers for the families.

“I just wanted to reach out and say, God bless, and let’s finally get some answers to these questions,” he said over speaker phone to the crowd at West Hunter Street Baptist Church.

Retired 11Alive journalist Paul Crawley covered the Atlanta child murders extensively as the case unfolded. Decades later, the story remains just as complicated as when he started covering it.

“It was pretty frightening for all of us, because we knew whoever did it was watching everything we did or said,” Crawley recalled.

Now, police are tasked with finding out if the real killer is still out there, watching over everything – or if it’s the man currently locked up for the crimes.