KREM 2 tested a backpack marketed as bulletproof against rounds from two different types of guns to see what the backpacks are capable of and what they're not. 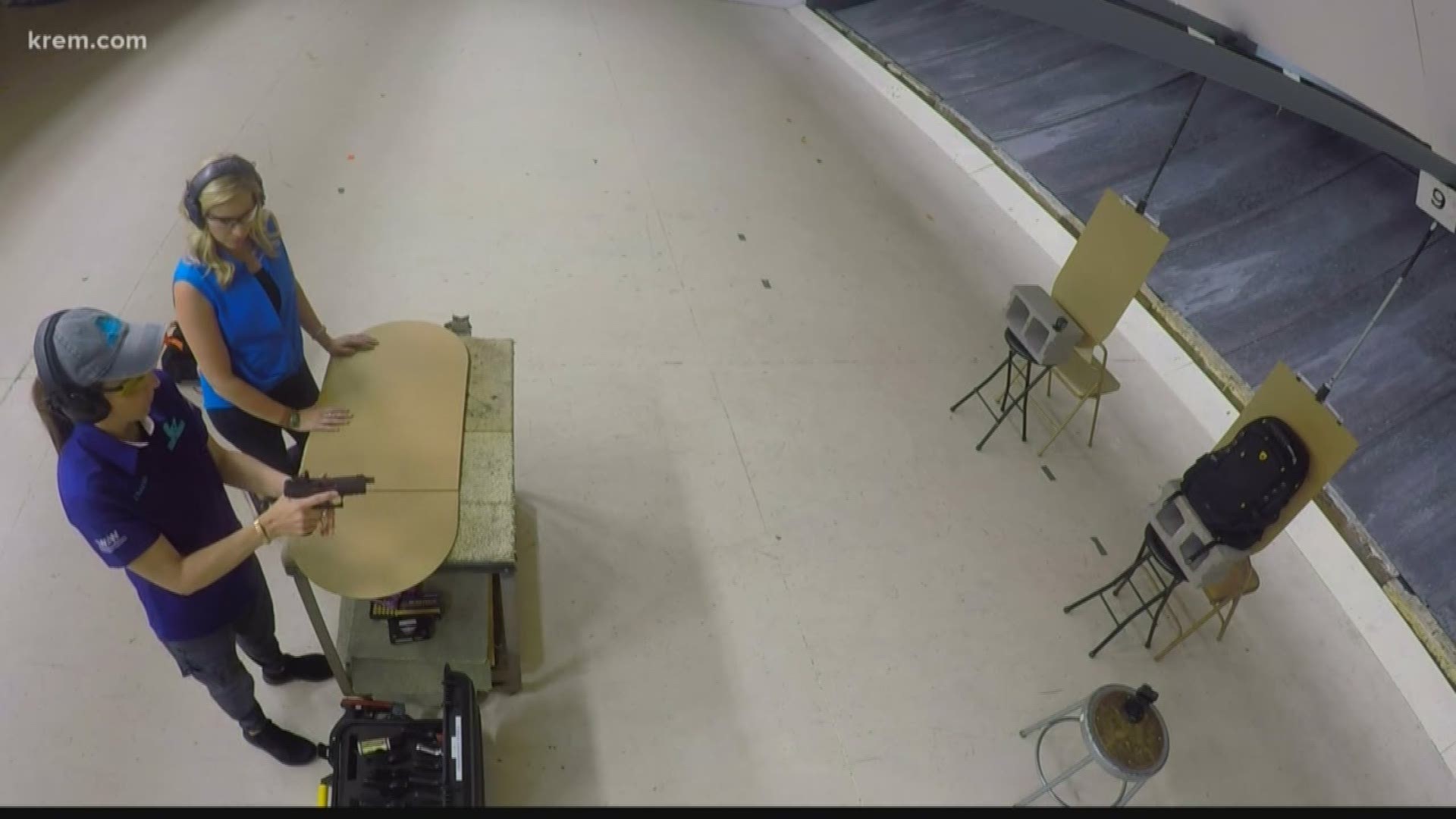 SPOKANE, Wash. – As parents send their kids back to school, many are considering arming them with more than pens and paper.

Some parents are purchasing backpacks marketed as “bulletproof,” amid fears of school shootings.

So far this year, there have been about 250 mass shootings in America, and at least 22 shootings at U.S. schools.

Stores, including Office Depot/Office Max in the Spokane/Coeur d'Alene area, are selling ‘bulletproof’ backpacks that retail between about $120 - $300. Manufacturers say it will stop a bullet from a 9mm or .45 ACP handgun.

But how well do these backpacks really hold up under fire? KREM took two models of the Guard Dog ProShield bulletproof backpacks to the Spokane Rifle Club to find out.

Both backpacks – the ProShield Smart and the Proshield II – are marketed as bulletproof with Level IIIA protection.

Bulletproof backpacks put to the test

Kaery Dudenhofer is a nationally certified firearms trainer for "The Well Armed Woman" and the founder of ‘Kaery Concealed,’ which teaches families how to safely handle firearms and defend themselves if necessary.

Dudenhofer fired three rounds from a 9mm handgun and then switched to the larger-caliber .45 ACP .

After three rounds from the 9mm and the .45 ACP, the bulletproof panel inside the backpack was not penetrated, but it was significantly deformed. The panel bulged and folded.

“It didn’t go through. So it does what is advertised,” Dudenhofer said.

Still, she said if a child was wearing the backpack or holding it to their chest or stomach, it could cause significant blunt force trauma.

Proshield II (with books inside)

After firing rounds from both guns, the backpack with books inside did stop the bullets. The bullets penetrated the books but not the bulletproof panel behind them. However, the impact created significant bulging in the panel, which could cause personal injury.

“The more deformed the panel, the more significant the impact to the wearer, and the more damage,” explained Dudenhofer. “I mean, the blunt force trauma, on a small child, would be incredibly significant.”

Non-bulletproof backpack with books inside

After a test at the shooting range, a regular backpack’s front fabric was penetrated by bullets but textbooks stopped rounds from both a 9mm and .45 ACP from going clear through the backpack.

While the two ‘bulletproof’ backpacks did work to stop a bullet from going clear through the pack, the panels still sustained damage and could still cause injury to a child. In addition, textbooks stopped the bullets as well.

Dudenhofer says the bottomline is parents will have to weigh whether they want an added level of protection, which is not a foolproof shield against a gunman.

“If having a bulletproof backpack makes somebody feel more comfortable, then more power to them. I would just hope that the parent would understand the limitations of the backpack -- what it actually can do. And that they're educated on the choice that they make," she said.

Note: Some backpacks are marketed as ‘bulletproof’ or ‘bullet-resistant.’ To know how protective a backpack is, look for the exact rating, which will tell you what type of weapon manufacturers say it can protect against.