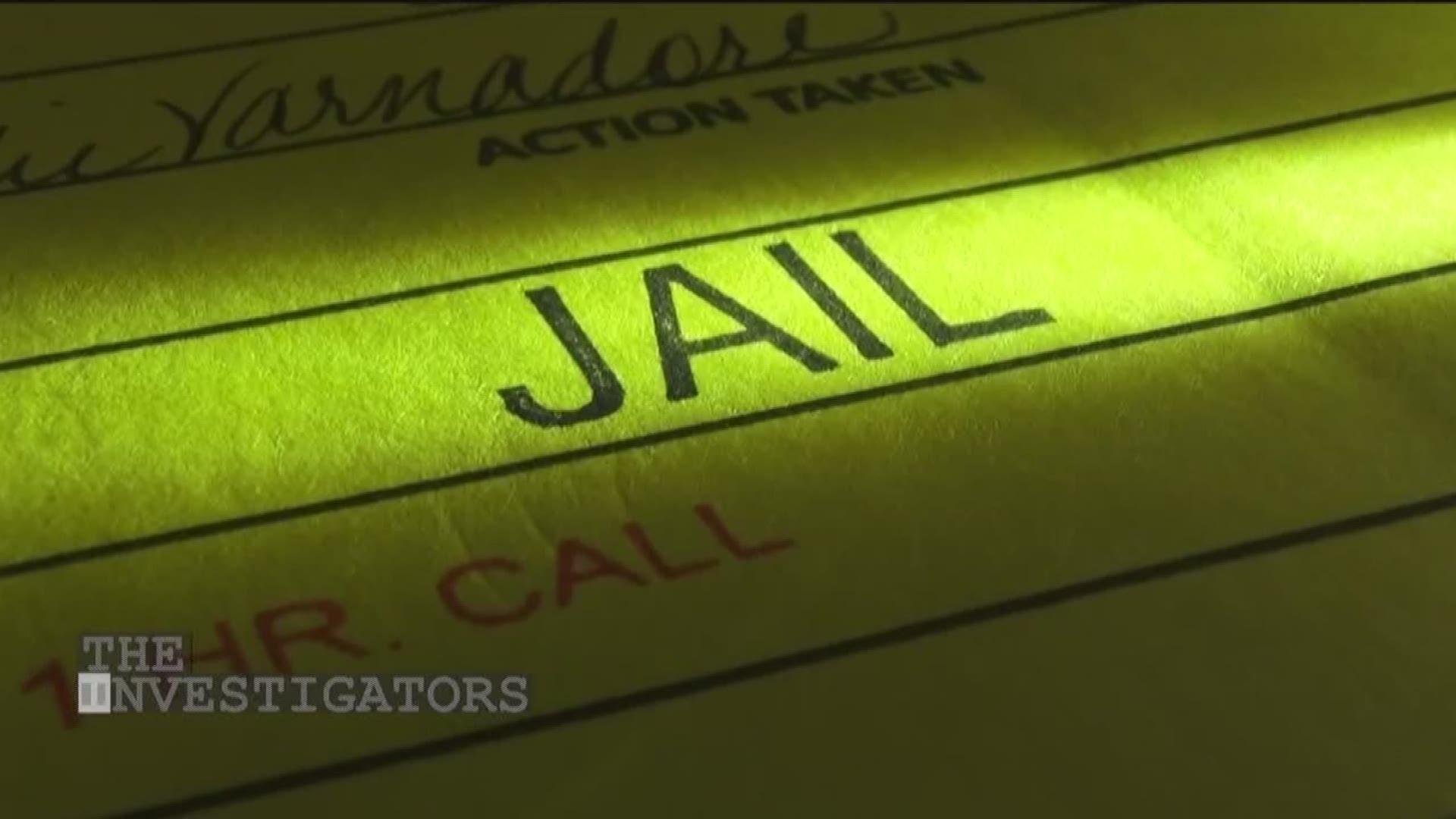 In our original investigative report, we profiled three people who were falsely arrested based on traffic stops tied to the drug recognition training of Officer Tracy Carroll.

In the three cases profiled, Carroll pulled each individual over and arrested them, based on his "hunch" that each of them was under the influence of marijuana. Each of the three motorists was arrested and charged with DUI-Drugs.

The three people involved -- Katelyn Ebner, Princess Mbamara, and Ayokunle Oriyomi -- were forced to have their blood drawn and held in a jail cell for hours, based on Carroll's "hunch." In each case, the drug tests indicated a negative presence of marijuana. All three of them spent months defending themselves legally. Eventually, all charges for each of the drivers were dropped.

Officer Carroll is a drug recognition expert, certified by the International Association of Chiefs of Police. In order to receive that certification, Carroll had to attend a 160-hour training course of study.

The official Drug Recognition Expert Evaluation involves a dozen specific observations that allow officers not only to indicate that a driver is on drugs, but to specifically identify which of seven types of drugs are in a driver's system. However, the standard protocol requires all 12 steps to be completed before an officer can make that pronouncement.

Officer Carroll did not complete the full 12 steps in any of the three cases profiled in our original Drug Whisperer investigation.

Cobb County Police Chief Michael Register is not named in the ACLU lawsuit, but he his overseeing changes to his department's policies as a direct result of our investigation. All three drivers were jailed overnight, and are suing the department individually for wrongful arrest.

"We certainly want to protect the citizens on the roadways of Cobb County by getting a suspected impaired driver off the roadway, but we don't want to make an unnecessary arrest on a citizen," Chief Register said.

Despite this, the Cobb County Police Department maintains its assertion that their drug recognition experts' training is actually better at detecting marijuana in a driver than scientific crime lab tests.

"They're kind of treating him like the human drug-sniffing dog; he's the 'drug whisperer,' 11Alive's Brendan Keefe said, speaking to one of the wrongly accused drivers, Katelyn Ebner about Officer Carroll. "He can see impairment in people that other officers can't see."

"I think that they think that because he has so many arrests," Carroll said. "One day, I'm going to go and get a real job and people are going to be able to Google my name and see I was arrested for drugs that I didn't do."

The ACLU's suit is seeking compensatory damages from Officer Carroll, the Cobb County Police Department and from Cobb County, along with any additional relief the Court may deem appropriate under the circumstances.

NEW | The Drug Whisperer: How a single over-the-counter allergy pill nearly cost a man his children