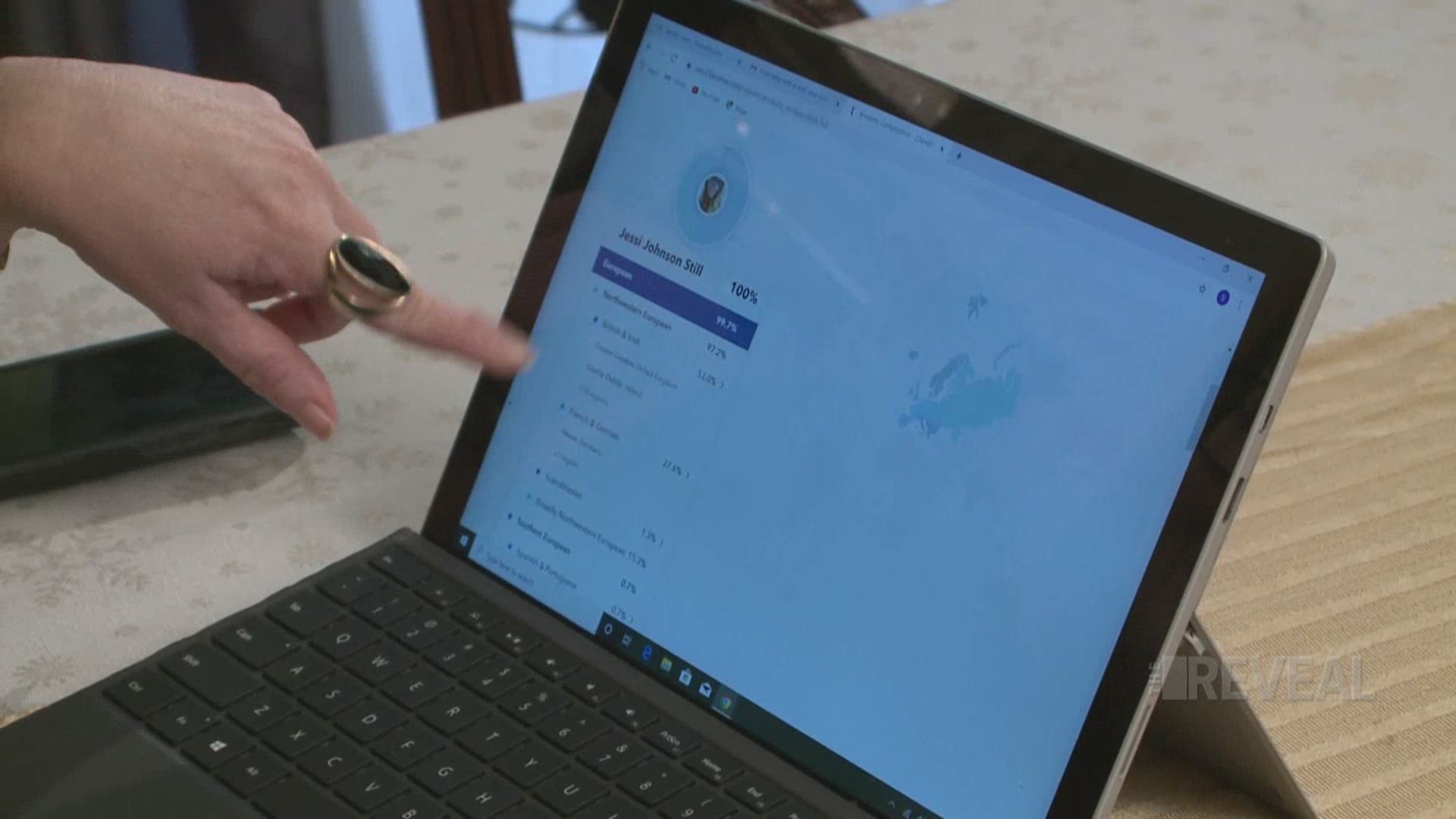 It was January 1980 when 21-year-old Helene Pruszynski was found raped, bound and stabbed to death in an empty field.

Investigators at the time believed the young college student was abducted while walking from a bus stop in Englewood, Colorado. Four decades later, her alleged murderer was finally caught because his distant cousin in Georgia uploaded her DNA to a genealogy website.

Jessi Still bought a DNA kit from 23AndMe to find out about her ancestry. Little did she know it would put her in the middle of the 40-year-old cold case and into the debate about the privacy concerns of a new law enforcement tool.

Her test results came back around the time Joseph DeAngelo was arrested in 2018 for terrorizing California between the 1970s and 1980s. Police say they finally caught the notorious Golden State Killer because of Forensic Genetic Genealogy (FGG).

Still, a self-described true crime investigations enthusiast, said her intrigue with the Golden State Killer case caught her attention and she wondered what she could do with her own DNA test kit results.

She uploaded her DNA results to GedMatch, the public research website that allows consumers to find long lost relatives through DNA.

“I didn't really think anything would come of it," Still said. "I just uploaded it on there. Kind of forgot about it."

Within two months, a cold case investigator from the Douglas County Sheriff’s Department in Colorado sent Still an email. She had been identified as a familial match to the suspect in Pruszynski's murder.

“They told me that they had gotten [my DNA profile] from GedMatch. That I had shown up as the closest DNA relative to this person that was the murderer,” Still said. “First, I thought maybe it was a joke or a prank. I really didn't know what to make of it. Nobody ever wants to think about being related to the killer. Which, of course, I don't want either.”

For nearly 40 years, few leads and little evidence kept the case cold. But, within months of getting Still’s DNA profile on GedMatch, investigators found a new lead. Detectives used her DNA profile, a fleshed-out family tree, and traditional investigative tools to track down and arrest Still’s distant cousin, James Clanton, for the 1980 rape and murder of Pruszynski.

She found out Clanton is related to her through her paternal, great, great, great grandparents. No one in her immediate family knew him. She's still processing her role in the investigation.

“It's really just made me realize, like, everything is connected and it's a small world,” she said.

The Douglas County Sheriff’s Office in Colorado says Still was one of at least 137 DNA matches they had early on in the investigation. As their work progressed, they eventually used matches closer to Clanton to build out the family tree that helped track down the suspect.

It's that connection that law enforcement agencies across the country and, increasingly here in Georgia, are hoping to use to solve even more cold cases.

Just this January, the Cobb County district attorney’s office used it to solve a serial rape case. Fulton County used the same genetic genealogy tool to solve a cold case murder in 2019 and now the GBI, Atlanta police, and several other local agencies are also exploring the idea of using consumer DNA profiles posted on public websites to track down criminal relatives.

“It's really very fascinating,” said assistant district attorney Theresa Schiefer, whose team recently used FGG to solve a serial rape case. “Now that I know that it works and it's out there, I definitely think we'll be using it again in the very near future.

“It is the Wild West, a little bit,” Cino said of forensic genetic genealogy as a criminal investigative tool. “Because there isn't regulation. The difficult part is that law doesn't really keep pace with technology, and this is a perfect example of that.”

Some users like Still do "opt-in" on consumer genealogy websites to allow law enforcement to use their DNA profiles in criminal investigations but Cino said detectives still have ways around it. Without formal, uniform guidelines, it can leave consumers and the integrity of the criminal cases vulnerable.

“[FGG] is opening up the Grand Canyon of allowing law enforcement or other entities to come in, search these databases," Cino said. "And, I think, the average person who sent in their saliva sample to figure out some of their genealogy history is not prepared to suddenly get a phone call from the police, ‘Hey, one of your relatives has been involved in a crime.’ I think a lot of law enforcement agencies are going to be blindsided by this.”

‘’You're also uncovering somebody's biological genetic history. So, yes, maybe a relative committed a crime, but you may have also just found out that that person is adopted or perhaps a parent had an affair," Cino said. "So, there's so many familial issues that kind of percolate out of this, that we haven't really thought about and we don't, again, have those guidelines in place to really regulate what's happened."

District attorneys like Schiefer are not opposed to some regulation as long as it allows them to still do their jobs.

“I do think, if we continue to have such success with this, we're going to start to see it more and more and we'll need to resolve some of those [privacy and ethical] issues if we can, on the front end, instead of dealing with that in the court system on the back end,” Schiefer said. “I definitely think it needs to be a part of a discussion, a bigger discussion, where we can start to highlight what the concerns, what we would need to protect Georgians from and what those concerns would be.”

But, right now, it appears the state of Georgia is not even discussing the FGG issue.

John Albers, the chair of the Georgia Public Safety Committee, told The Reveal he couldn’t answer any of our questions about how lawmakers on his committee can help protect Georgians -- or if they even should – where FGG is concerned.

Still said she would also like to see the state put some kind of guidelines on the books.

“Strikes a balance so people feel confident that they're safe, that they have their privacy, “ Still said.

Weeks after her DNA helped police crack the 40-year rape and murder, the suspect, Clanton, is waiting for his day in court while Still hopes her small role in the investigation can help Pruszynski’s family heal.

“That family that's been wondering for 40 years, who killed their daughter, now they have an answer," said Still.

Following a lot of pressure in 2019, the U.S. Department of Justice released guidelines on forensic genetic genealogy. They encourage investigators to only use FGG for violent crimes such as murder and rape and only after they have exhausted all other leads including searching their own criminal DNA databases. The guidelines only apply to federal investigations.

State agencies told The Reveal they have not received any such guidelines or directives.

The CEO of 23AndMe recently announced they were laying off 14 percent of their employees, in part, because the market is shrinking and people are concerned about these privacy and ethics issues.

Advocates, however, believe there's a way to strike a balance, and Georgia should start formal discussions on it.